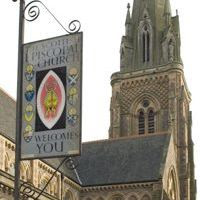 Christians are often completely unfamiliar with the Quran and are often surprised to find out what is really in the Book of Mohammed.  They would probably be most surprised to find out that there is a version of the Christmas story in the Quran.  This is hardly a parallel to the familiar Bible texts that detail the conception and birth of Jesus to His mother, the Virgin Mary.  In fact, this story is a denial of the basic truth of Scripture -- that Jesus is the incarnate Son of God and Messiah long promised.  While there are words about the birth of Jesus, the account describes Mary as "ashamed" and tells how Jesus miraculously comforted Mary in her doubts by insisting, in His infant voice, that he was truly a "servant of God."  It must be noted that Muslims do not acknowledge the Scriptural claims of Jesus as the one and only Son of God in flesh or the atonement for the sins of the world the incarnate Son of God accomplished by His saving death and life giving resurrection.

All of that, however, was left unclear when worshippers on Epiphany hear a the Quran chanted at an official service at the Scottish Episcopal Church's Glasgow Cathedral.  There the people were treated to the Muslim version of the Virgin Mary's conception of Jesus, chanted Madinah Javed from Sura 19 of the Quran.  You can see it here on their Facebook page.   There the cathedral's Facebook page describes the service as a "wonderful event," reminding them "that it is not only Christians who give honour to Jesus."

The fact that this happened only betrays the vacuous character of liberal Christianity, not only in England but throughout the world.  All those COEXIST bumper stickers would strip away the unique truth of the Scriptures and empty the Christian kerygma leaving only a thin moral veneer to a faith divorced from truth and deposited in bits and pieces in all the religions of the world.  That this took place in an Anglican Church is not surprising and that some laud this is also not shocking but what is most troubling is that many folks wonder what is the harm?  The harm is that a modern text like the Quran is given equal status with the Scriptures, the word of Mohammed the same weight as the Word of the Lord that endures forever, and the classic creedal identity of Christianity reduced to one of many ideas about God.  The harm is that the Word that saves has been reduced to words that merely describe and something lacking real truth or power to do anything but elicit feelings and encourage generic goodness and brotherly affection.

I can imagine that some would hail this as a big step forward.  In reality it is one more sign that orthodox Christianity is more and more becoming a stranger to Anglicanism and to continental churches.  Sadly, I can well imagine that something similar might take place in liberal Sweden among those who claim to be Lutheran.  Surely this is not all that much different from Native American prayers and "readings" from a variety of sources that have graced all kinds of official and semi-official church gatherings in America -- from an ELCA women's convention to the installation of the most recent Episcopal Presiding Bishop.  The mainline in America have squandered their heritage of faith and step by step make their way to apostasy.  It is not only issues of sexuality that betray a guiding truth foreign to the Scriptures but the abandonment of any real truth that Christians may know and confess and any claim of the Bible to be the source and norm of that truth.  I wish I could say it was all just goofiness but what happened in Scotland is not benign.  It is a cancer spreading through Christianity and Christians and it threatens our very identity and existence.

Sorry folks, for whatever reason this did not post when it was scheduled.  So it came after Remember him? on Feb 18, when it was supposed to be the other way around.  If you wondered about Feb. 18's post, read this one.