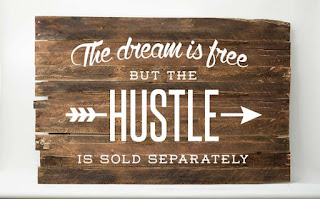 Over in Rome, the Pope is wondering if married priests might be a magic bullet to fix the problem of too few priests to meet the need of a church whose resources are being stretched thin.  And, of course, he is still tinkering with the communion of the divorced and the divorced and remarried as a mans of restoring some of those who have fallen away from the church.

Over in Wheaton, there are actually evangelicals wondering if the liturgy might be the magic bullet to remaining cutting edge congregations who will be all things to all people.

Over in England, there are those who wonder if the magic bullet to renewing the church there might just be complete surrender to the culture and complete abandonment of the Scriptures and the apostolic tradition.

Over in St. Louis, there are those who wonder if Lutheranism's magic bullet to a new future lies with being less and less Lutheran and more and more like the evangelicals we really want to be.

I could go on but it is already depressing me.  Magic bullets are never what they are cracked up to be and this is even more true in the Church and about the faith.  Short cuts are called short cuts for a reason.  They imply bypassing the ordinary path and they infer taking liberties with values and truth for the sake of results.  But there are consequences from taking short cuts and choosing magic bullets.  And the consequences are not good.

I will admit that as a pastor I am attracted to short cuts and want to find the magic bullets that will skip the ordinary work of catechesis, faithful preaching, catholic liturgy, and honest welcome.  Of course I read all the foolish stuff that comes in the mail and email promising ways to fill the pews by emptying the pulpit of doctrine and faithfulness.  It is tempting because every pastor wants to see results (and not just because he is vain but also because he really wants the church to grow).  I suspect I am not alone among pastors.  Sadly, there is no such thing as a short cut around the often rather tedious and deliberate work of faithful preaching, solid catechesis, and worship that both fits our confession and honors our catholic identity and past.

If you are tempted as I am, then find a friend who will speak the truth to you in love and rid you of the folly of a magic bullet.  Rome's problems with a clergy shortage are deeper than adding a wedding ring.  The folks who are staying away from mass are staying away for more reasons than that they fear for their soul because they divorced and married outside the church.  Evangelicals have become ADHD Christians who flit from one thing to another in pursuit of the newest, the most cutting edge, and ahead of the curve methods of growing their empires.  England has sentenced some street preachers to a fine for preaching salvation exclusive to Christ alone and then people actually wonder why those wonderful English buildings are so empty.  St. Louis needs to try being Lutheran (who we are actually) instead of looking so enviously over the fences of every other church body in pursuit of a strategy that works.  Real Lutherans are fewer and farther in between.

You want to give up something for Lent, give it up for Easter as well.  Give up the daydreams and the pursuit of magic bullets and the penchant for short cuts.  Do the real pastoral work.  Do the real work of your baptismal vocation.  Keep the faith and doctrine of the Scriptures with practices consistent with that confession.  Let God do the rest.  It is His Word.  It will not return to Him empty.  So why not try trusting in the Word and doing what God has called us to do?  Who knows?  It just might work better than all the marketing tools, visions cast, and new paradigms have done.  In fact, I am positive it will.
Posted by Pastor Peters at 6:00 AM

Six and a half years into the current Missouri Synod administration, and, on his blog, a member of the LCMS Commission on Constitutional Matters now states:

"Over in St. Louis, there are those who wonder if Lutheranism's magic bullet to a new future lies with being less and less Lutheran and more and more like the evangelicals we really want to be."

This is not "over on ALPB" or "over on OrdainWomenNow blog, " but "over in St. Louis" (i.e., the Holy City, the headquarters of the LCMS).

Hey, I thought the LCMS leaders had decided that LCMS families having lots more babies was the "magic bullet."

For the record "over in St. Louis" meant not the administration or officialdom in the LCMS but the LCMS as a whole - which does have voices who believe Lutheranism's future lies with carbon copy evangelicalism .