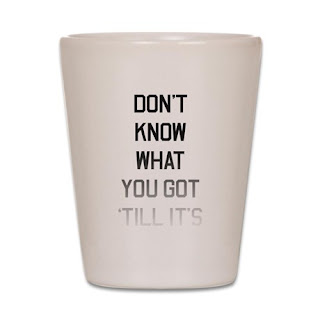 In the profound words of Joni Mitchell: “Don’t it always seem to go / That you don’t know what you’ve got til its gone / They paved paradise / And put up a parking lot”.

We Lutherans listened to experts who insisted that liturgical change had to be radical change and, for the first time in a very, very long time, the 1970s-1980s saw new hymnals that did not include the liturgy of the past (LW had so changed TLH p. 15 that it is hard to say that service was continued).  The end result was that it seemed to hasten the flight of people from the Divine Service and not pause or slow it at all.  I do not subscribe to the idea that the bleeding of Lutherans would have been worse if the changes had not been adopted.  In other words, at the very time when the fabric of our culture and life was under the most stress and change, the church seemed intent in form and doctrine not to be your grandfather's church.  Rome knows this only too well -- having disrupted a liturgical framework that had been in place for centuries and replacing it with something that bore little resemblance to the old (both in architecture and in form).  Now we are left trying to pick up the pieces only to find that the liturgy itself has been abandoned by many who wear the name Lutheran.

We Lutherans listened to the experts who told us (what we wanted to hear) that catechesis was too important to be left to the home and so parents gladly relinquish their role as primary teachers of the faith to Sunday schools (originally created for children of unchurched families) and catechism classes led by pastors, DCEs, and the like.  In the end, we did not end up with renewed and strengthened family relationships or church relationships but a school like atmosphere in which confirmation became graduation and our children assumed (with their parents) that they had learned everything they needed of the faith and did not need church anymore).  Now we are left trying to figure out how to rescue the Sunday school and confirmation programs from their faults and restore the home as the central place where the faith is learned and Christ is taught and lived out.

We Lutherans listened to the experts who told us that evangelism was a specialty and a gift only few possessed.  We put together evangelism committees and looked to the experts in the evangelical and fundamentalist world and baptized their methods, teaching people the right questions and giving them the right answers to lead them to a decision (not in keeping with our own theology).  In the end, the folks whose doors we knocked on thought we were like those whose methods we were using and were surprised to find out that we were not who they thought we were.  Somewhere along the way we forgot that vocation is the location of our service both in terms of the good works that show love and serve our neighbor and in the explanation of the hope within us that tells of Christ and Him crucified to the world.  Now we are left trying to pick up the pieces and remind folks that shepherds do not make sheep and that they have a calling in the faith and for the faith right where they are.

We Lutherans listened to the experts who told us that we were no longer cutting edge and that the evangelical community was the up and coming shape of Christianity.  We minimized our liturgical identity, we softened our sacramental theology, we back off on Law and Gospel, and we tried to become the Rick Warren or Bill Hybel or Joel Osteen wannabes of the world.  We figured if they were packing them into stadiums, we might be able to rescue our country churches and urban parishes from their uncertain future.  In the end we were poor imitations of those who do what they do with more money and better technology than we do and we found it harder and harder to swallow our Confession in exchange for presumed numbers in the pews.  Now we are left trying to remember who Lutherans are in doctrine and practice and trying to be Lutheran again.

I don't know who they experts were or are.  Where I grew up, an expert was somebody who lived an hour away from where you did.  The point is that we were searching for short cuts around the larger task that has always been the central task -- be who your confessions say you are and do as your confessions presume.  If you will permit a mix of English and Latin, we are not solo Scriptura people but sola (not a naked Scripture but the Word as it has been taught, proclaimed, and believed -- the catholic principle and not the sectarian magesterium of personal reason).  We are not solo gratia but sola (not to the exclusion of the Law preached for repentance and the Law proclaimed to encourage good works among the faithful).  We are not solo fide but sola fide (not faith as sincerity or a choice but faith as trust in what the eye does not see but the Spirit reveals and engenders in the heart).  We are not solo Christus but solus (not Christ to the exclusion of the Father and the Spirit as so many Christians have become but Christ, the Son of the Father, who sends forth the Spirit that Christ may be known and we may know the Father through Him).  The medium is the message and we cannot do things one way and believe and confess another.  They are essentially connected.  So what is my point?  There are no short cuts -- no quick and easy paths to renewal, to success, to doing what God has given us to do.  Instead, there is only faith.  Faith that believes the Word will not return to Him empty but will accomplish His purpose in sending it.  Faith that does not second guess the Word of the Lord but trusts it.  Faith that does not shrink from piety but shows forth the righteousness of Christ we wear by baptism in daily life, where God has placed us.  Faith that teaches as well as learns and this begins in the home.  Faith that meets God where God has promised to be -- in His Word and Sacraments.
Posted by Pastor Peters at 6:00 AM

. We have been greatly influenced by the so called experts of our time, credentialed professionals and educated people who many of us felt were more knowledgeable about certain topics than we were. This is an ongoing mistake. Not all ideas are good ones. Not all points of view are correct. Even a consensus does not mean we are doing the right thing. In a consensus, we can still be wrong in our approach. That is why we need to think clearly, not rashly, and figure things out with the wisdom God wants us to use. The changes in the LCMS over the years have not all been bad, but it is not too late to move forward and correct those areas needing improvement. One of my favorite verses is this one from 2Timothy1:7 - " For God has not given us a spirit of fear, but of power, and of love, and if a sound mind."
For what it is worth, we should remember that God's word in the Bible lays the foundation for all wisdom, and teaches us to approach problems with the Christlike perspective needed to solve them. But first of all, we must be positive and have faith.

One should never say "sola Christus." Not unless one is a member of Her Church (a wacko ELCA congregation in--where else?--California). Instead the proper form is solus Christus.

Also, trying to combine the English "solo" with various Latin nouns just makes the whole thing bizarre. I think there is a better way to express what you are trying to say. Reading things like "solo fide" is like fingernails on a chalkboard.