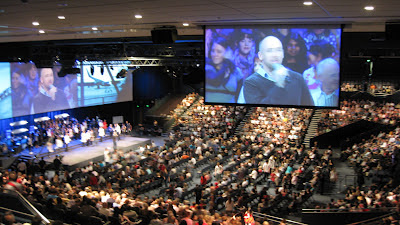 Rome has sometimes sounded like a Protestant, or at least an evangelical, when addressing the problem of those who leave the mass for a spectator event heavy on up tempo music and moralistic or motivational sort of Bible study like preaching.  It seems no one, not even conservative Lutherans or Rome is immune from pew envy.  How can we pack them in the way some seem to pack them in?

As if that were not a problem, the folks in the pews presume that they are not really giving up their faith but adding to that faith something that was missing.  The up beat sense of hope, the sense that success and happiness are reachable, the promise of getting what you desire, the practical path of self-improvement, and a piety heavy on the feeling and less doctrinal... who would not want to jump ship for that?

The people I have encountered insist that they are still Lutherans in what they believe.  But that is a hard pill to swallow.  They have given up the understanding of the Word as a means of grace, the efficacious voice of God that does what it says.  They have exchanged the powerful water of baptism with the Word and its promise for a symbolic bath that proves to Jesus you are serious about following Him.  They have abandoned the bread of His body and the cup of His blood for a remembrance meal rich with feeling but without anything really received except a snippet of cracker and a sip of Welch's grace juice.  They have given up the Church where two or three or gathered around the Lord's name in baptism, the Lord's Word, and the Lord's Table and purchased a crowd pleasing auditorium in which people have to tell themselves that they are in the Spirit and can feel God's presence because they have no objective means of grace to bestow that presence.

I have watched as Lutherans left the Church of their baptism, confirmation, and membership promise for the baptisomethodistopentecostoevangelicalnondenomininational whatever down the road and they tell me they are not being fed or they do not feel Jesus or the people here are not friendly enough.  It does not take long and they turn their backs on the God of their baptism and run to the river or pool or dunk tank to give their hearts to Jesus under the symbolism of a new start and a fresh bath.  It does not take long and the hymns that once informed as well as expressed their faith are exchanged for whatever pop-Gospel song has just hit their playlist and there is no turning back or regret.  It does not take long and they will exchange the Word of the Lord that endures forever for the word that pops into the head of the preacher in polo or Tee, khaki or skinny jeans and they will not miss the meat for all the sugar. 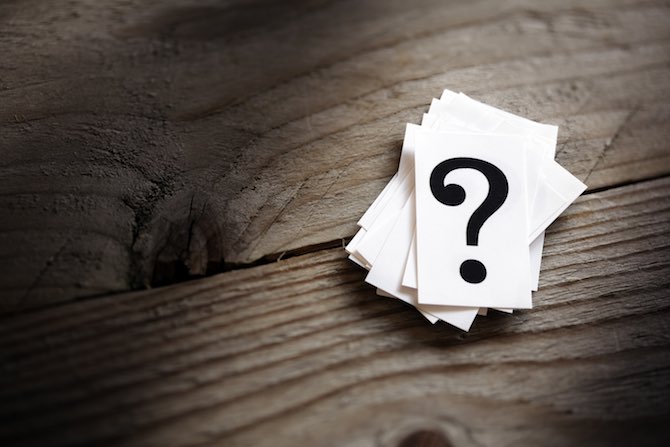 Many of them will find a day when they just don't feel that anymore either, when they have tried and followed all the preached steps to achieve a better life now and a happier marriage, family, and job but have yet to find it, and when they have danced before the Lord until they are blue in the face but then have to go home to the same old grind, the same old sins, and the same old burden on them to fix themselves.  And then what?  These burned out and disappointed folks are harder than concrete.  They have bought it all, hook, line, and sinker and then find it hard to hope for or trust in anything or anyone anymore.  God forbid someone close to them dies and then they despair because there is nothing and no one to console them with anything more than memories.

They gave their lives to Christ…and in the process, they lost the Church.  They thought they were gaining a fresh expression of the Lord's vibrant presence and power but they ended up abandoning the Church wherein Christ lives in His Word and Sacrament.  Their choices are their choices but it is even worse when denominations dress up in the non-denominational clothing in an effort to fill the pews.  The seats may be full but at the cost of the Gospel and the very lives of those for whom Christ came.  People in liturgical denominations with a missional focus insist that the "traditional" church is not reaching these people.  So they pack up the hymnals, ditch the furniture, turn down the volume of doctrine to a whisper, and build up the bass beat and preach to itching ears.  And guess what?  The Church has still not reached these people.  It may have even burnt them to the point where they are unreachable.

The "Health and Wealth Gospel" of Joel Osteen and others appeals to
folks who enjoy the power of positive thinking. Lutherans have the
Law/Gospel dynamic in their sermons which appeals to sinners. Until
a person honestly admits that he or she is a sinner who needs God's
grace, then people will flock to non-denominational mega-churches
where Word and Sacrament is absent.

Too many Christians are more interested in a "Pep Talk" than a Christ-
centered sermon. Joel Osteen does not use the word "sin" but appeals
to man to be the best that he can be. The need for Christ and his
gift of forgiveness is missing.

We have to just recognize that Christ preached that many people fall away from the faith, and go their own way. Perhaps, some return, but fir others, it may be they were never really saved in the first place. This is a hard thing, but true, and the Bible in many verses declares this reality.

"And then what? These burned out and disappointed folks are harder than concrete. They have bought it all, hook, line, and sinker and then find it hard to hope for or trust in anything or anyone anymore."


If negative impressions remain with such people as a result of their experiences in the non-denominational mega-church, how will they ever be convinced that the confessional Lutheran church is somehow "different." Former Lutherans *might* return to the LCMS - Maybe. However, what about people who have never set foot in a Lutheran church?

How can people who were never LCMS Lutherans be convinced that the LCMS is a viable alternative to the Evangelical mega-church? In many parts of the country, ELCA congregations predominate. Not all Lutherans are the same. How can they be made to understand that the LCMS is not the ELCA?

We are witnessing a new Reformation - the New Apostolic Reformation (NAR). Any traditional church body that teaches the Theology of Glory will be easily absorbed by this new movement. To make the new way of "doing Church" compatible with the NAR, denominations based on the Theology of the Cross will have to choose whether or not to abandon some or all of their historical teachings.

Non-denominational churches are famous for not taking strong stances on controversial issues. Liberal stances such as homosexual advocacy are either promoted or quietly tolerated. We are witnessing a realignment of Christian church bodies.

As the megachurch is Evangelical in theology, the LCMS should be witnessing to Evangelicals.

What happens when the mega-churches begin to lose people to secularism?