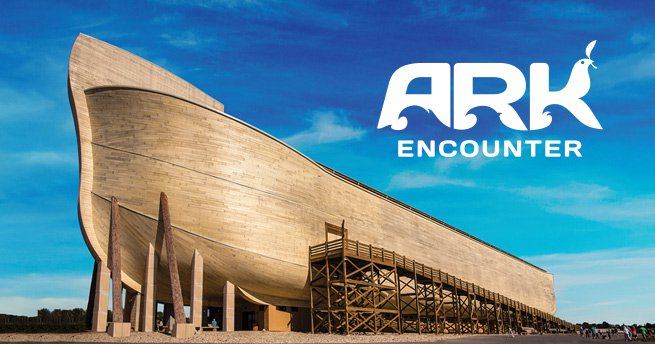 A number of folks from my parish have visited Noah's Ark and some have expressed interest in the newly opened Museum of the Bible.  I am not sure if I will visit either, although the idea of a full size Noah's Ark is intriguing -- if only to imagine the scale of it all.  As far as the Museum of the Bible, I am told it is filled with interactive exhibits and, since I am fairly old fashioned in this, I prefer simply to look at old things (like I do every morning in the mirror).  Yet by all accounts both are doing well.  I hear that the Noah's Ark Creation Museum continues to attract crowds and that there are long lines awaiting a first glimpse of the Museum of the Bible.

Whatever hesitance I have in visiting either is more than made up for by the almost uniform disdain of the educated elites in condemning both.  The Creation Museum is treated less as a museum than a Six Flags for Fundies and the monumental effort of the Green/Hobby Lobby family is undermined at every turn.  Yet under all of this is the remarkable difference between the average American and those who hail from liberal academia.  Most Americans are at least curious but the skepticism of the liberal, progressive, secularist, avant guarde seem to have not even a shred of curiosity.  They only condemn.

They complain about the manner in which some of the antiquities were obtained.  Well enough, I guess, except that at least they were maintained in a region well known for destroying its own history!  They complain that it is an intrusion to have something so overtly religious -- especially one so close to the halls of government.  There is no wall high enough or deep enough to separate church and state for these folks.  They complain that the folks who have put these together are not intellectual heavy weights (at least not in the crowd they hang with).  I guess the only true education is a thoroughly secular one and the only true intellectual is one who does not believe in anything except himself and what he espouses.

Both the Creation Museum and the Museum of the Bible have shown the great gulf between America's intellectual and academic elite and the ordinary folks across the country.  This is a problem.  The problem is not that Christians are slighted or Christian history smugly cast aside but that many (dare I say most) of those who are regarded as the brightest bulbs in the room have disdain for and dismiss most Americans as being ignorant, superstitious, foolish, gullible, and naive.  For these folks the only good religion is one that does not hold to much except that which justifies what is politically correct (at least at this juncture in time) and the only good religious person is one who does not vote for our leaders or speak in public.

Strangely, most Americans at least listen to those who disagree with them.  Those who are often considered narrow minded and judgmental watch TV, listen to the news, and read -- especially the opinions of those intellectuals who seem to dominate news and opinions.  But, it seems, the other side prefers to complain and condemn the "other side" without bothering at all to listen or learn much about it.  I wrote a while back about how the retired leader of Public Broadcasting went out on a tour of America (outside the saltwater and urban bastions of liberalism) and found, to his surprise, that Americans were not bitter, selfish, ignorant, or jealous but mostly content, generous, well informed, and happy.

We live in a polarized society but it seems that this works more to the advantage of those who find the Creation Museum or Museum of the Bible to be shockingly naive and who have judged most Americans (especially the Trump voters) to be positively neanderthal in the politics, religion, and culture.  Without bothering to listen or learn, they can condemn with impunity and, since they have control of much of the media, they have a self-serving platform on which to disseminate their condemnations and bitterness.
Posted by Pastor Peters at 6:00 AM

As you said, there remains a gulf between the academic elites and between faith vs reason. I was a returning Vietnam veteran and a night college student during the 1970's, and a one of my professors was an evident atheist. It came out often in his teaching, but it did not influence my thinking. I considered myself a Christian and that was the way I would live. Faith in Christ was something I would never question, and it had been my anchor throughout the war I experienced from 1967-1968 and before and after. I feel bad for atheists because unbelief is a condemnation to the soul. What joy or peace of mind can an atheist feel in a life they regard as some accidental scientific fact they cannot explain or understand? They rely on evolutionary speculation and place their faith in science. Such an empty thing, indeed. So let the world mock Noah's Ark, Christianity, the Bible. Mock on! We should remain unmoved by opposition. We rest in Jesus, thank you.

Christianity in America is poorly represented by the most visible “Christians” and televangelists. How many have said no thanks to Jesus and the Church all because their only experience with American Christianity has been with Jim and Tammy Faye Bakker, Jimmy Swaggart, Oral Roberts, Pat Robertson, Kenneth Copeland, etc.? Anyone with a working synapse in their brain is insulted by the shameful display of these con artists. They have made it necessary for critical thinkers to dismiss Christianity.
It’s hard for a skeptic to cut through the crap of American Christianity and hear the pure Gospel when we are constantly bombarded with messages from megachurch pastors like Joel Osteen, T.D. Jakes, or Rick Warren bidding you to live your best life now and overcome your trials and temptations with self-improvement techniques and will power, modeling your life after the great teacher himself, Christ. Intelligent people say, “I can do that on my own. Why should I attend a church and pay a celebrity pastor to walk out on a stage and harangue me into it?” Dr. Phil is a better choice.

Anonymous, I agree that nothing hurts Christianity more than charlatan televangelists, denominational disputes over doctrines, and evidence of Christians engaging in bad behavior. However, what is that to us? Are we not, each of us, all desperate sinners saved by grace? Are we not often the same as the "other" Christians we accuse of hypocrisy? For what reason did Christ come? Did He come for a perfect people, a righteous people, a people who get it all right? No, certainly not. He came for sinners....you and I and everyone else.

Thanks, Rev. Flanagan, but I think you miss my point which has nothing to do with claiming to be a perfect people but everything to do with having perfect doctrine and that it is being hidden under the noise of false teaching. I think I can make that observation without implying that I am somehow above it all and without sin. I am making the point that were it not for the wrongheadedness of American Christianity the actual Gospel would be better served in this land. C.P. Krauth puts it this way:
“We do not claim that our Confessors were infallible. We do not say they could not fail. We only claim that they did not fail.”