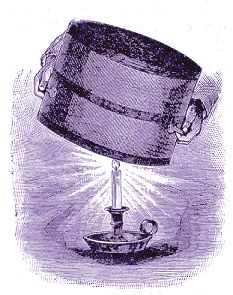 There are some who believe that the only hope for traditional churches, that is, confessions, sacramental, and liturgical churches, is to ditch their identity and mask who they are by being as much like the evangelicals whose mega churches we covet (at least as much like them as one can get away with).  I must admit, all theology aside, I have never understood the logic of this.

Where I live, as where most of us live, there are large evangelical and/or fundamentalistic congregations with great resources to provide the kind of warehouse buildings that fit what they do on Sunday mornings, the expensive audio/video/lighting set ups that turn these warehouses into a virtual canvas on which they paint whatever they want to display, and the bands and divas that represent more than an amateurish equivalent of the musical style people listen to in their ear buds.  We who look from the outside have to admit that what they do, they do well.  Their pastors dress and act the part and they are supported by an extensive cast of paid and volunteer folks who do everything from direct parking to working the consoles that control the technology.

When Lutherans (well, I am one) try to mimic their evangelical counterparts, they do so without all the bells and whistles, without the right canvas, and with a more limited staff and expertise.  Their bands are more like gospel garage bands and less like the polished groups you would find in Osteen's service or on Hillsong's campuses.  They do a pale and often embarrassingly poor imitation of what others do very well.  Who is attracted by this?  Who wants a greasier version of McDonalds without the arches, McCafe, and the fries that make it all worthwhile?  Nobody.  Or at least not enough people to make it successful.  Marketing teaches you to be the best in your niche.  Again, theology aside, why do we think we will attract people who can get a much better version of what we are peddling down the street?


I have already written about how successful Missouri has been at adult converts over the years and yet some among us seem intent upon minimizing who we really are because we think that won't compete.  The reality is that our market provides little competition when it comes to solid Biblical, Law/Gospel preaching and teaching, honest and reverent liturgy, music more than for the mood but as a real partner to the liturgy in singing the Word into our hearts and back to God, and a sacramental vitality which locates God not somewhere out there but right here where His promise is attached to water, word, bread, and wine.  The truth is that we offer what many Christians from evangelical or mainline backgrounds are missing --  the kind of rich, profound, Biblical and confessional theology that stands out in a world of empty words and sweet sentiment.  We offer in Lutheranism worship which is meaningful not because it strikes a chord within us but because it conveys what it speaks and promises -- the sacramental reality of a God still incarnate among us but now through the means of grace.  We preach a Gospel which is not about opinion or idea or feeling or desire but the clear and vibrant story of what God had done -- the God whom we know from His works, and now through His greatest work in His Son.
These converts come as a people who found they could not maintain the image of success they were promised at Church, who were broken not only by the world but also by a church which insisted that if they had followed the plan they would have it all, and who long for God when their hearts are empty of emotion and their minds numbed by constant change of a world spinning out of the control.  Many of them are burned out, the casualties of pop Christianity that did not deliver what it promised, and others are those who finally saw through the haze and found that there was nothing solid and real at the end of the tunnel and and the light they had seen before was artificial.  That is not to mention those disaffected Roman Catholics whose marriages failed and they found no restoration or who got tired of rushed masses by weary priests or parishes that became so big they had no real association with their clergy.  All of these can be found in nearly every LCMS congregation.
Yet we have nothing to offer them as long as we run from our confidence in Scripture, our liturgical authenticity that is partner to our confessional identity, our piety rooted in the sacramental presence of the God who is still Immanuel, and our voices raised in songs that teach and shape what we say back to God and out to the world.  Could it be that when our people leave it is because they no longer see these things in our congregations and presume, falsely, that we have nothing worth holding onto?  Could it be that if we tried being who we are, the best of our Lutheran identity in the Word and the catholic tradition, we just might see the growth we once knew?
Posted by Pastor Peters at 6:00 AM

For what it’s worth - a small RC study on a congregation’s response:
http://www.catholicherald.co.uk/news/2018/01/19/catholics-prefer-ritual-and-consistency-at-mass-study-suggests/

We should not try to emulate churches which focus on lights, stages, loud contemporary rock style Christian music, and light shows. Perhaps there are some Christians which want this type of worship service, but for many others like myself, no thank you.