There isn't a person alive who has not wished the conversation had ended before too much information had been divulged about things embarrassing, foolish, or just plain vulgar.  In fact, half the time I feel that way about commercials on TV.  Why it would seem to anyone unfamiliar with Americans that according to commercials on the tube, all our women require help for dealing with a problem of not being able to stop their urine and all our men require help for getting it going.  Among other things.  We have a habit of talking about things that do not need conversation and having no conversation about things that should be discussed. 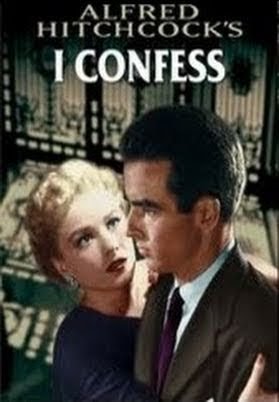 There is one place where everything ought to be aired -- the confessional.  When penitent comes to confession, there should not be limits about what can or cannot be said.  At least you would think so.  But though many, if not most, confessions are about matters like sexual temptation, masturbation, anger, telling lies, dishonesty, cheating, and stealing, there are times when matters are so grave that both find it hard to find words.  These do not only affect the person’s conscience and their state before the Lord, with which every pastor should be competent, but matters of legality in which some would deny the privacy and seal of the confession and insist that the matter be reported to the appropriate agency, with or without the permission of the one confessing.

Now it seems that some in The Church of England have decided to put up rules on such things, indeed, requiring the priest to warn the one making confession that these things can be used against them in a court of law.  Such a Miranda warning is suggested because some sins are egregious crimes and the danger to some is greater than the harm to the one confessing. So when such a priest is hears a confession, he is to warn the penitent:


If you touch on any matter in your confession that raises a concern about the wellbeing or safeguarding of another person or yourself, I am duty bound to pass that information on to the relevant agencies, which means that I am unable to keep such information confidential.

I cannot imagine that any priest or pastor hearing confession would let such a matter stand without some words to the penitent.  If for nothing other than ascertaining the genuineness of their confession, I would imagine that such a topic would invite more than a few words of conversation and direction.  Furthermore, I would suggest that this is exactly the benefit of private confession.  Though it is not counseling, that does not mean that there is not pointed conversation going on when such thoughts, words, or deeds come up.  Yet I can only imagine that by warning the penitent in this way, the warning itself would both end the confession and stifle exactly the conversation which should and probably would have been had without such a warning.   In fact, it sounds less like a warning than advice to shut up and keep quiet before you say anything which might incriminate yourself.  While this is surely not what the authors of this warning might want, it is an even greater impediment to the strong, loving, and wise pastoral care that private confession provides.

In fact, it reminds me of a movie, probably considered quaint now, in which what was confessed came back to haunt a priest and cause him to be blamed for the sins of the penitent.
Posted by Pastor Peters at 6:00 AM

Roman Catholics speak of three parts to Private Confession: contrition, confession, and satisfaction and also then of the absolution by the priest. The SC speaks really of two: confession of sin and the absolution by the pastor. Presumably any talk of satisfaction in Luth circles would be in Christ's satisfaction for our sin. Is the confession of an thought/word/deed without contrition or without believing in God's forgiveness an act of confession? Where in RC and Luth teaching does "purpose to amend one's life" figure in in the act of confession, if at all?

Purpose to amend one's life would surely fit both RC and Luth in genuine contrition and sorrow over the sin, not just a way to escape feeling guilty. No?

I just wondered why it is not normally mentioned in the RC steps or in the usual Luth definition of Private Confession because there are confessions where folks want to find an easy passing of Go and don't intend to stop their sinning or really have no idea of what it might take to stop the sinning they confess but want at the moment to go through what they consider a theological exchange or barter system. Now one could question if they are truly contrite (which means that they acknowledge their sin) and that might be so... but many work on a this for that religious system. It raises the questions: Are their private confessions that are not confessions at all even though absolution was spoken and are their private confessions that begin and should be ended without absolution because sin and amendment were not truly confessed and promised? How much ought this to be a part of any pastoral conversation with the penitent?

In the 7 Penitential Psalms in the Psalter the confession is always
between the confessor and the Lord. There is no middle man who is
clergy. What a wonderful thing to be able to speak directly with
the Lord on a daily basis.

Amen! And what a wonder thing the Lord sends His shepherds to feed His sheep, to serve in His stead, to hear their confession, as Jesus Himself tells them to do (repeatedly), and to give His Words of Absolution and His Sacraments. What a wonderful thing Jesus established His church with Pastors to serve as His hands and mouth with His authority to His peolpe to forgive sins.

Interesting. Actually the Pentitential psalms are holy inspired writings written by the "clergy" and when you had clergy-Priest between God and His people. Hmmm. This same God works then to hear the individual prayers of His people and sends clergy to act on His behalf.