The track record of detente. . . 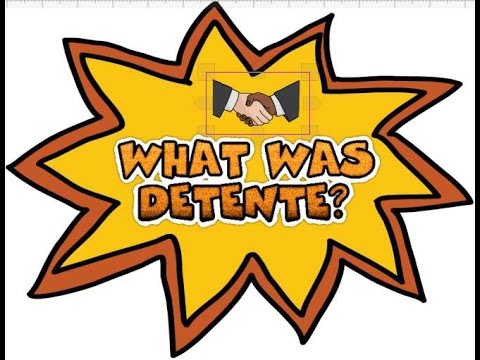 The problems of trying to sit down with Kim Jong Un of North Korea or whoever is the real power behind Iran's theocratic system of government pale in comparison to the tension between the Church and the world and some imagined truce.  As history has witnesses, both North Korea and Iran have skillfully negotiated their cause and confounded those who have sought to remove the nuclear threat from either country.  Carrots have not enticed and threats of not cowered these into submission.  Perhaps President Trump knows what he is doing and will figure a way through the mess or he will end up having tried and failed as have most of his predecessors.  In any case, the stakes in this nuclear game of chess are not nearly as high as the stakes faced between the Church and the world.

One of the most common avenues of detente (remember that word) has been the attempt to make for some sort of rapprochement in which the thought is that if the Church gives up some of the things that identify her as church and learn to speak the lingo of modernity, our secular opponents will be won over.  This is most certainly the path of those who either self-identify or have been labeled progressives.  In my own Lutheran circles, another moniker is missional.  In any case it is a worthy cause though one I fear fraught with danger and with the same failed history as our dealings with nuclear powers we seek to disarm.

Many, I am certainly not the first or the finest, have offered a robust critique of liberal or “progressive” Christianity.  Ross Douthat is perhaps the most frequent voice against the cause of progressive or liberal Catholicism. In reality, of course, progressivism has already been called out and named for what it is -- “Modernism” (think here Pope Pius X and his words).  Progressives, unlike orthodox ones, are friendly toward secularism, relativism and skepticism and incline toward that perspective and so they fail to see how these are enemies of Christianity.  Instead, they find these opportunities for Christianity to show its true self, stripped of the non-essentials that have clouded its purpose and identity.

Progressives are hesitant about doctrine or truth that does not change.  Though they may give lip service to the idea of truth that endures forever, progressives believe that practice is always open to change and that definitions may be altered and formulas changed which may conflict with Tradition and even with Scripture itself.  The overarching principle for progressives is love that accepts without many boundaries or limits.  Specifically, this is the direction of the progressives with regard to social teaching, especially about sex, gender, marriage, and family.  They insist that just as life itself evolves and changes, so must the way we speak of these things evolve and change.

Progressives are deeply influenced by the latest thinking from psychology, sociology, and anthropology and consider these truths scientific in a way that dogma and Scripture is not.  They are also under the profound sway of the esteem of the world and the thinking of people.  So when polls tell us that the world thinks this or our own people in the Church think that, this is enough for the progressive to re-examine not only the way the Church has spoken of these things in the past but the content of that witness as well.

Progressives, however, fail to see that in the history of progressivism (or modernity), the result has not been any real gain of respect for Christian truth or adherence to that truth but the opposite -- the weakening of that truth within the Church, the loss of belief, the loss of confidence in the Church, tradition, and Scripture, and, finally, the dilution of the truth.  In addition, practices which should be shaped by faith end up being changed and changing the faith as a result -- in ways that do not at all strengthen the place of the Christian truth or the institution of the church in the world.

The inevitable conclusion to our attempts at detente with a world set against us and a people who like the freedom to pursue desire without restraint has been defeat and loss.  We can make our church buildings more friendly by designing them to look like the nondescript structures of our public areas but we have endured only the loss of reverence and transcendence.  We can make our liturgy more pedestrian and less eloquent but the end result is that there is no sense of mystery or wonder and God has become a yawn from a people bored with the whole idea.  We can make our morality easier and the result is not holiness but sin that masquerades as virtue and virtue that has become labelled as sin.  We can admit small errors in Scripture and tradition and it does not enhance the Scriptures and its living tradition but only make them appear more irrelevant and less true in their greater truth and witness.  Progressivism has not helped us win friends and influence people.  It has only gutted our identity and stripped us of the uniqueness of the Gospel that offers the one and only hope to the world of forgiveness, a clear conscience, real abundant life, and life that death cannot overcome.  Whether Francis the progressive pope or Joel Osteen the modern voice, the wake left by these speeding boats has made it a choppy and rough ride for the truth of Christ crucified and risen.
Posted by Pastor Peters at 6:00 AM


I would strongly recommend the entire "Is the Church Dying" podcast series.