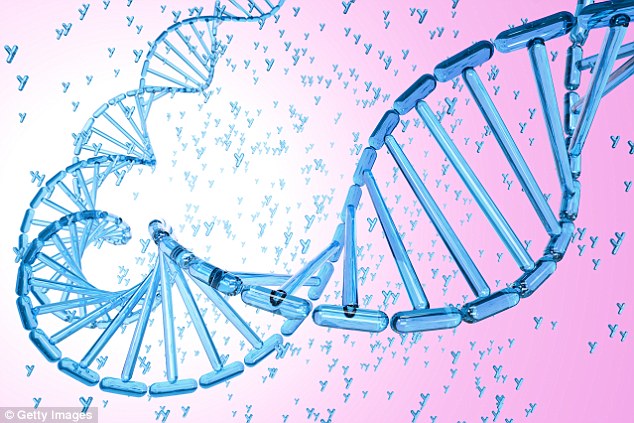 All modern humans descended from a solitary pair who lived 100,000 to 200,000 years ago, scientists say.  Scientists surveyed the genetic 'bar codes' of five million animals - including humans - from 100,000 different species and deduced that we sprang from a single pair of adults after a catastrophic event almost wiped out the human race.

These bar codes, or snippets of DNA that reside outside the nuclei of living cells, suggest that it's not just people who came from a single pair of beings, but nine out of every 10 animal species, too.  Stoeckle and Thaler, the scientists who headed the study, concluded that ninety percent of all animal species alive today come from parents that all began giving birth at roughly the same time, less than 250 thousand years ago - throwing into doubt the patterns of human evolution.

I am not foolish enough to believe that science is changing its mind or even ready to settle its mind on the details but such research indicates that the claims of Scripture may not be opposed by all the evidence surveyed.  It may not change any minds and I do not expect it too but it does indicate that it is not necessarily true that all science is opposed to Scripture.  Christians should wait for science to confirm Scripture before they give heed to its words.  Scripture is its own authority.  Nevertheless, it is not unpleasant when stories from research scientists may give backdoor support to Scripture's most essential claims with regard to the source of all things living, indeed all things period!
Posted by Pastor Peters at 6:00 AM

No surprise that modern humans descended from a common pair of ancestors. Modern humans evolved from pre-modern humans. And note the time line of hundreds of thousands of years and not a few thousand. Eventually the LCMS will get it.

The actual paper, "Why should mitochondria define species?" (Human Evolution, 33:1-2, 2018, 1-30), published in the first half of this year, is available online. In it, the authors, Mark Stoeckle and David Thaler of the University of Basel, Switzerland, state on page 22:

"More approaches have been brought to bear on the emergence and outgrowth of Homo sapiens sapiens (i.e., modern humans) than any other species including full genome sequence analysis of thousands of individuals and tens of thousands of mitochondria, paleontology, anthropology, history and linguistics [61, 142-144]. The congruence of these fields supports the view that modern human mitochondria and Y chromosome originated from conditions that imposed a single sequence on these genetic elements between 100,000 and 200,000 years ago [145-147]. Contemporary sequence data cannot tell whether mitochondrial and Y chromosomes clonality occurred at the same time, i.e., consistent with the extreme bottleneck of a founding pair, or via sorting within a founding population of thousands that was stable for tens of thousands of years [116]. As Kuhn points out unresolvable arguments tend toward rhetoric."

Anon. 7:38
How do you explain the magnetic decay around the earth, either the earth is less than 20,000 years or the LAWS of magnetic decay are invalid. (LAW can't be invalidated) They are countless examples of science of a young earth.

Scripturally, even God mentions the 24 rotation of the earth in Genesis creation of day and night. And "yom" "day" is very much used to mean "24 hours" not "period of time" there because God kindof says so.

But if you belong to a church that believe the Bible is flawed, contains errors and contradictions, that promotes evolution or theistic evolution -flee from them, as Scripture also warns you.

Anon. 8:59, what are the "LAWS of magnetic decay" especially the "magnetic decay around the earth", or do you have any reference links to them?

Carl
Google "Earth's declining magnetic field." There are many links and much science behind it. This is something to measure that is untouched by the flood. The flood screws up much "scientific" timing. Not unlike trees from Mount Saint Helen's after the eruption measure to be 1000's of years old, much like how an immediate flood impacts dating.

Bing lists 16,600 results for "Earth's declining magnetic field." What specific reference(s) or link(s) did you use for your earlier claim?

That science has been around for a long time. You can read about it in the book, The Science of Animal Husbandry.

This is false. Darwinism theory is failing. There is no Darwinian mechanism. Natural selection acting on random mutations cannot account for biocomplexity in genomes and nature.