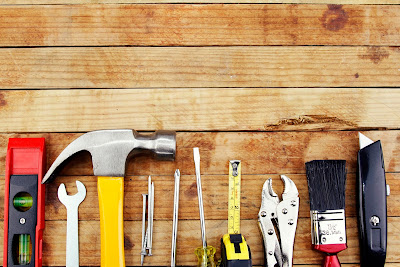 I have often listened as those who treat liturgy theoretically as well as those who are practically involved with the leadership of the chief service of the Church talk about what they think might be improvements on the received order.  I have heard a variety of thoughtful suggestions.  Many of them are entirely logical.  One suggested moving the sermon to the end, right before the benediction, so that the last thing on the minds of the people when they left was the sermon.  Sounds like a preacher, doesn't it?  Another suggested moving the confession until after the reading of the lessons and sermon since then the people would have been convicted by the Word of God and set in a frame of mind to make their confession.  I could literally fill the page with those suggestions for improvements to the ordo.

That said, the liturgy grew into its form slowly, over much time, and it developed pastorally more than logically or theoretically.  And I think that everyone has ideas of how to, well, improve it.  BUT the improvements are not necessarily improvements and, in fact, may have the opposite effect.  Liturgical change should be incremental and deliberate and neither radical nor quick.  People worship best when the liturgy is a familiar friend than when it is a stranger to whom they must be introduced week after week.  Creativity within the liturgical form, using the options inherent within the church year and liturgy are fine.  But too much creativity destroys the continuity which is the among the best fruits of a solid and consistent liturgical order.

I wonder if we don't think too much about this.  It is possible to overthink something to the point where the thing itself is lost.  The structure, form, and words of the Divine Service are not good suggestions.  They are the order that has spanned time and place and become that into which new people are introduced to Christian faith and life and by which they are catechized into the faith.  They are the means by which the generations before us are connect to us and to the generations to come.  We have so many things to divide us but the liturgy is one solid and profound means by which the past, present, and even the anticipated future come together into one.

It is always a good thing when the liturgical changes are so slow that people come to learn the existing rites and the actually words so well that they can carry them with them wherever they go.  It is never a good thing when the changes are so fast paced and dramatic that one must be bound to the sheet of paper in the hand to know where we have been, where we are, and where we are going on Sunday morning.

So if you are one who thinks you have improvements, sit and think of them a very long time before rushing to put them in place.  Yes, even when the liturgy must be restored to a community of faith  that has lost their life together amid the pulsing rhythm of the Divine Service, a slower pace of re-introduction is better than a fast pace.  And if you have good ideas, put them out to those who are responsible for such changes.  Don't undertake to make up your own rites as if everything must be local or creative.  Your people will thank you and those who come after you will also be most appreciative.  We have all looked a house that has been added upon and transformed until it is a confusing mess that looks ugly and functions poorly.  That is more likely to happen when people see the whole as a suggestion and understand their role as improvers of the past than it is by those who see the past as guide and see their role as conservators of a great and profound treasure.  So whether you are reading Scripture or the liturgy, don't presume that it is merely a suggestion for which you are given the ultimate responsibility of what to do and what not to do.  There, rant over.  Do you feel better?  I do. . .
Posted by Pastor Peters at 6:00 AM

Nice post.Keep sharing. Thanks for sharing.