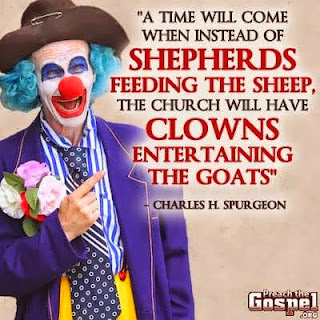 Some folks think that the only future the Church has is to change -- change what is believed and change worship and change what we do.  They believe that a paradigm shift is more urgently needed than the faith once and still confessed.  The deconstruction of the Christian faith is surely one of the unfortunate but not unforeseen outcomes of some of the reformers who were not intent upon salvaging much of anything.  Their goal was to cast aside everything from the ages and re-imagine a church absent creeds, liturgy, theology, and history.  It was romantic.  Who does not love to tear down things!  But the problem for much of Protestantism is that the tearing down proved easier than the rebuilding.

Even though Lutherans were not intent upon demolition but careful restoration, we have not been immune from the damaging effects of those who insist we must change or die.  It has been a struggle to restore the liturgy from the hands of those who use adiaphora as a cover for whatever they like or want.  It has been a fight to restore the Sacrament of Baptism as the pivotal event and force for our individual identities as Christian people.  It has been a battle to restore the Sacrament of the Altar to its rightful place with the Word read and preached as the twin pillars of our encounter with the living God.  It remains to be seen how private confession and absolution will fare even though there are more pastors calling God's people to this gift now than ever before.  In the Augustana we insisted to the Emperor and to the papal representatives that we were intent upon restoring and preserving the faith and not destroying it.  Yet here we are today.  Fractured and divided though we claim to subscribe to the same Symbols and bleeding off doctrine and people as if neither were all that important.

Even Rome is in the same mess.  To those who might yearn for an end to the battles over gender identity instead of creedal fidelity, Rome offers no end to the battles.  Few are alive today who can even remember much less have participated in Vatican II and yet Rome is polarized by those who think it was a grand mistake and those who think it was a great intention left unrealized.  I read the other day some of the opening remarks of Pope John XXIII and wondered if such words could even be spoken today without potshots being taken against the speak from left and right.  Nobody swimming the Tiber will find peace but they will find a church much like Protestantism, trying to figure out where to accommodate the culture before the faith is surrendered in the process.  Francis has only done a good job at confusing, confounding, and conflicting those who heralded his election and those who decried it.

But the path Pope John laid out for Rome could serve well as a real path for renewal for every liturgical, sacramental, Biblical, and orthodox Christian community.


The great problem confronting the world after almost two thousand years remains unchanged. Christ is ever resplendent as the center of history and of life. Men are either with Him and His Church, and then they enjoy light, goodness, order, and peace. Or else they are without Him, or against Him, and deliberately opposed to His Church, and then they give rise to confusion, to bitterness in human relations, and to the constant danger of fratricidal wars. . . The greatest concern . . . is this: that the sacred deposit of Christian doctrine should be guarded and taught more efficaciously. That doctrine embraces the whole of man, composed as he is of body and soul. And, since he is a pilgrim on this earth, it commands him to tend always toward heaven.

Yet this voice is but one of many who have envisioned a church rising with confidence before the forces of man's own undoing so that the faith once delivered to the saints might not simply be preserved as antiquity but proclaimed as the living voice of God addressing us with the powers that would heal our brokenness and bind together our divisions in the blood of Christ.  Such a force cannot begin by deconstruction but must renew and restore the once and eternal means of grace to the center of the Church's life and mission.  The eternal Gospel spoken of by blessed John in Revelation is the only means by which the Church Christ established by Christ will continue and flourish both in the purpose for which Christ has called, gathered, and enlightened His Church on earth and to present her at the end of time as His glorious bride to the Father of all mercies.  There is no future for a Church that picks and chooses from God's Word like choices at a buffet nor can there be any power in doctrine that is reduced to vague minimums.  If the truth will set you free, it must be the whole truth, born of the whole counsel of God's Word, and presented without apology today as it was down through the ages.

It is a distraction to tear down the faithful structures of the Church and rebuild her as something modern but it is also a dead end to simply preserve a pristine moment of the past as if we were curators of what was instead of agents of what was, what is, and what is to come.  We have spent too much time and drained our energy listening more to the people not yet of the kingdom than to the God whose grace can bring them into His Kingdom.  We have squandered the opportunity to speak by talking too much about what we think or feel and not enough of Christ crucified and risen.  We have betrayed this Gospel by removing the word repentance from our vocabulary and replacing it with therapeutic terms aimed at excusing or celebrating people's sins instead of forgiving them.  We have tried the path of change and seen too many left behind by the rubble of what was deemed excess baggage in confession and worship and now it is time to try faithfulness -- faithfulness to God's Word and faithfulness to the symbols through which we have committed ourselves to that Word and truth over the centuries.
Posted by Pastor Peters at 6:00 AM