What a difference 6 months makes. . . 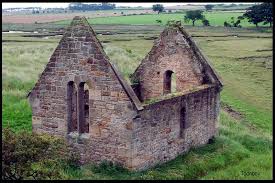 In February life seemed relatively normal.  Corona was a beer.  China was the place where a small virus was causing a small stir.  We were planning Lent and looking forward to planning Holy Week and Easter.  And then it all came tumbling down.  Our hopes and dreams were dashed in a sea of shut downs, closures, masks, and social distancing.  About the time we began to hope again, the news predicted a spike in cases and things faced restrictions again.  In the midst of all of this you had some folks rejoicing that the church was freed from its captivity to become a personal force and an internet presence.  Some gloated over the numbers and presumed that they were being more successful during the closure than they were while fully open.  And some of us struggled simply to keep the doors open and to operate under guidelines designed, it would seem, to prevent in person worship.

Six months ago we were a generally hopeful lot.  Some of us had pinned our hopes on waking the sleeping giant of a church body and others prayed and worked for renewal of the existing structures.  It was the worst of times and the best of times.  But it was an illusion.  Those who predict success through change were talking through their heads, dreaming of relevance and acceptance in a world which long ago proved unfriendly to Christ and to those who followed Him.  None of that seems credible now.  The struggles have just begun.

I have quoted before this reflection from Josef Ratzinger aka Benedict XVI:


She will no longer be able to inhabit many of the edifices she built in prosperity. As the number of her adherents diminishes . . . she will lose many of her social privileges. . . As a small society, [the Church] will make much bigger demands on the initiative of her individual members....

It will be hard-going for the Church, for the process of crystallization and clarification will cost her much valuable energy. It will make her poor and cause her to become the Church of the meek . . . The process will be long and wearisome as was the road from the false progressivism on the eve of the French Revolution — when a bishop might be thought smart if he made fun of dogmas and even insinuated that the existence of God was by no means certain . . . But when the trial of this sifting is past, a great power will flow from a more spiritualized and simplified Church. Men in a totally planned world will find themselves unspeakably lonely. If they have completely lost sight of God, they will feel the whole horror of their poverty. Then they will discover the little flock of believers as something wholly new. They will discover it as a hope that is meant for them, an answer for which they have always been searching in secret.

And so it seems certain to me that the Church is facing very hard times. The real crisis has scarcely begun. We will have to count on terrific upheavals. But I am equally certain about what will remain at the end: not the Church of the political cult, which is dead already, but the Church of faith. She may well no longer be the dominant social power to the extent that she was until recently; but she will enjoy a fresh blossoming and be seen as man's home, where he will find life and hope beyond death.

Perhaps the COVID 19 threat is an instrument of the devil in helping to make this reflection come to pass or perhaps it is simply an inevitable consequence of a world in decline because of sin or perhaps it is the judgment of God against the pride of man who still thinks the world can live just fine without Him.  I do not know.  But these words from "The church will become small." from Faith and the Future (note first published in 1969!!!) have come to my mind again.

There are those who have said something similar.  Even in our own Lutheran Church Missouri Synod (hardly a group to hang on the words of a man who would become pope) there are those who have said our church body will become smaller, not larger. Yet no one could have foreseen the impact of this virus in hastening the outcome.  But that is surely what will be the outcome.  Fear and threat and panic have proven too much for the skeptics and for those on the fringes of the faith they are a formidable enemy to faith.

Maybe that is exactly what we need.  Maybe this is just the kick in the pants to relieve us of the grand illusions that we are primarily a social service agency and that the Gospel can be summarized simply as love your neighbor.  Maybe this will finally get us to evaluate all the programs that too often consume more energy than our core calling of worship and witness.  Maybe this will challenge the weak catechesis that has too often passed for instruction in the faith.  Maybe this will make us finally realize that our responsibility is not to make the world a better place but to preach and teach Jesus Christ.  Maybe six months of being declared non-essential will be the catalyst for the Church doing what IS essential.  Or maybe I am an optimist or simply as delusional as those who think that the last six months have been the shining hour of Christianity's triumph.

So good. Personally I would put forward a third possibility: This is not just the devil, nor is it only judgment on the little flock, but the winnowing fork in our Savior’s hand.. We have thought of ourselves as a huge, victorious army. Now we are becoming Giedon’s army. I have been thinking a lot on O Little Flock, Fear Not the Foe (666 LSB). Now we have been told that those who are afraid may go home (or stay home). Next, perhaps a doctrinal winnowing - will we drink from our hands, or bend an lap like dogs? (I won’t pretend to know what I meant by that...). We will be narrowed down to the number God has chosen, and the Church will be victorious, though She may be slaughtered here on earth.

We have always faced uncertain times, but the uncertainty carries with it the certain Truth that Jesus Christ is with His little flock. Perhaps like Stephen, He will stand at the Father’s right hand as His Church here on earth is stoned, whether culturally, financially, politically, or literally.