A Modern Church or a Church to Meet Modernity. . . 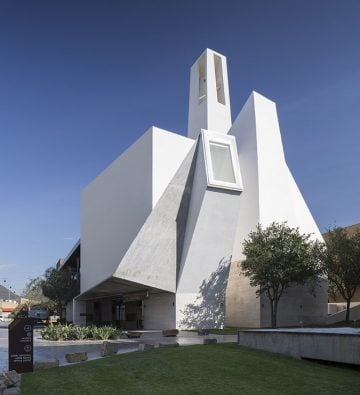 There are voices across Christianity insistent upon the need for the Church to be modernized and these voices are sure that failing to modernize will mean the Church will not survive.  There was a time when voices in Rome began to think of how that church might be modernized.  I am not at all sure that Pope John XXIII was as radical as some think and his call for a Council might do and what that Council ended up doing could have been very different things.  But Rome does not have a corner on the market of those who think change or die is the verdict for our age.
Rome's experiment, however, should prove to give us pause.  Several generations later, it appears that the Council was not at all helpful to Rome.  It did not reinvigorate worship but seems to have helped to empty the pews.  It did not strengthen the stature of Rome in the world but helped to diminish its reputation and its power.  It did not improve its outreach to the unchurched and, despite some high profile converts, any growth has come from less developed nations.  In fact, Rome today has either contributed to or unwittingly assisted in the decline of the religious content, culture, and commitment of the West, especially in Europe.
The modernists won in the wake of Vatican II.  They had the ear of the Pope who would be almost single-handedly responsible for implementing what the Council decided and, since that was mostly general, defined what the post-Council church would look like.  The modern church, however, did not impress modernity, at least not in any tangible way.  This ought to warn those who find themselves facing the same press to modernize or die.
Among confessional churches there are those ready to suggest that the symbols of old either need to adjusted or simply ignored in order for them to stem the losses.  Some have already abandoned their confessions and chosen to simply become an echo of what is happening outside the churches.  They have decided that the Biblical ethic of sex and gender has to give way to the cultural move to desire over biology and gender by choice.  They have surrendered the Word of God to reason and have decided that myth, legend, and imagination are hopelessly intertwined with fact and principle.  The Gospel has been detached from the cross and attached to the idea of love that accepts and affirms but dare not judge.
Even those hesitant to enter such a radical course are not sure that simply maintaining the status quo will help.  They would advocate a more selective refresh of the church's message and life.  They would adopt whatever methods will work while attempting to maintain in theory the same confessional stance.  They have built their house of cards on the proposition that style and substance can not only be differentiated but should be kept distinct.  So Lutherans can preach and worship like Evangelicals while Evangelicals may play at trying out a liturgy or two.  Both are equally in search of something that works, that will fill the seats, add to the coffers, and help achieve the illusive dream of success.
A Church that hopes to meet modernity is not the same as a modern church.  At some point in time we must realize this.  Modernity requires a Church fully rooted in the past, anchored to facts and truth, and one that has weathered the storms of change over the years.  Modernity is an idea in search of a rationale.  The Church has more than a rationale, the Church has a Savior who has more than an idea of love but the reality of a love so strong that this love is willing to suffer innocently to redeem the guilty.  I am fully convinced that modernity offers a real challenge to the Church but the Church strong enough to meet that challenge has to be fully rooted and planted in the Word of God that endures forever, in worship that meets the Lord where He has promised to be, and in lives transformed beyond desire to become the new person promised in the waters of baptism.
A Modern Church is stale and stark.  It is a blank canvas on which modernity expects to writes its own revelation.  A Modern Church is built with man as its center and focus.  But modernity needs something more than a mirror.  It needs a canvas on which has been painted the Gospel that has endured challenge and persecution, a canvas that provides evidence of the saints and martyrs who suffered, who endured, and who received their eternal reward.  Modernity needs a truth so large that it cannot be swallowed up in the sacred tenets of the moment or the promise of desire.  Such a Church requires a confession, confessional integrity, confessional theologians, and confessional worship.
Posted by Pastor Peters at 6:00 AM

V2's documents, when read without the lens of the Spirit of V2, tell a completely different story and scenario than what resulted. If you have read them, you know what I'm talking about. The liturgy that resulted from it was not in conformity with what was stated in Sacrocantum Concilium. Latin was to be retained, Gregorian Chant was to be retained, etc., sigh. It did not call for the destruction of the high altars, altar rails, whitewashing of the walls, destruction of statues, the replacement of the tabernacle from the middle of the altar to the side. The mass that was supposed to be "relevant" and "accessible" to the people became a free for all and yes, less not more people attend mass now than before the changes. I know you know this so sorry for regurgitating it back.

Just my two cents. And as always, you're spot on in your analysis.