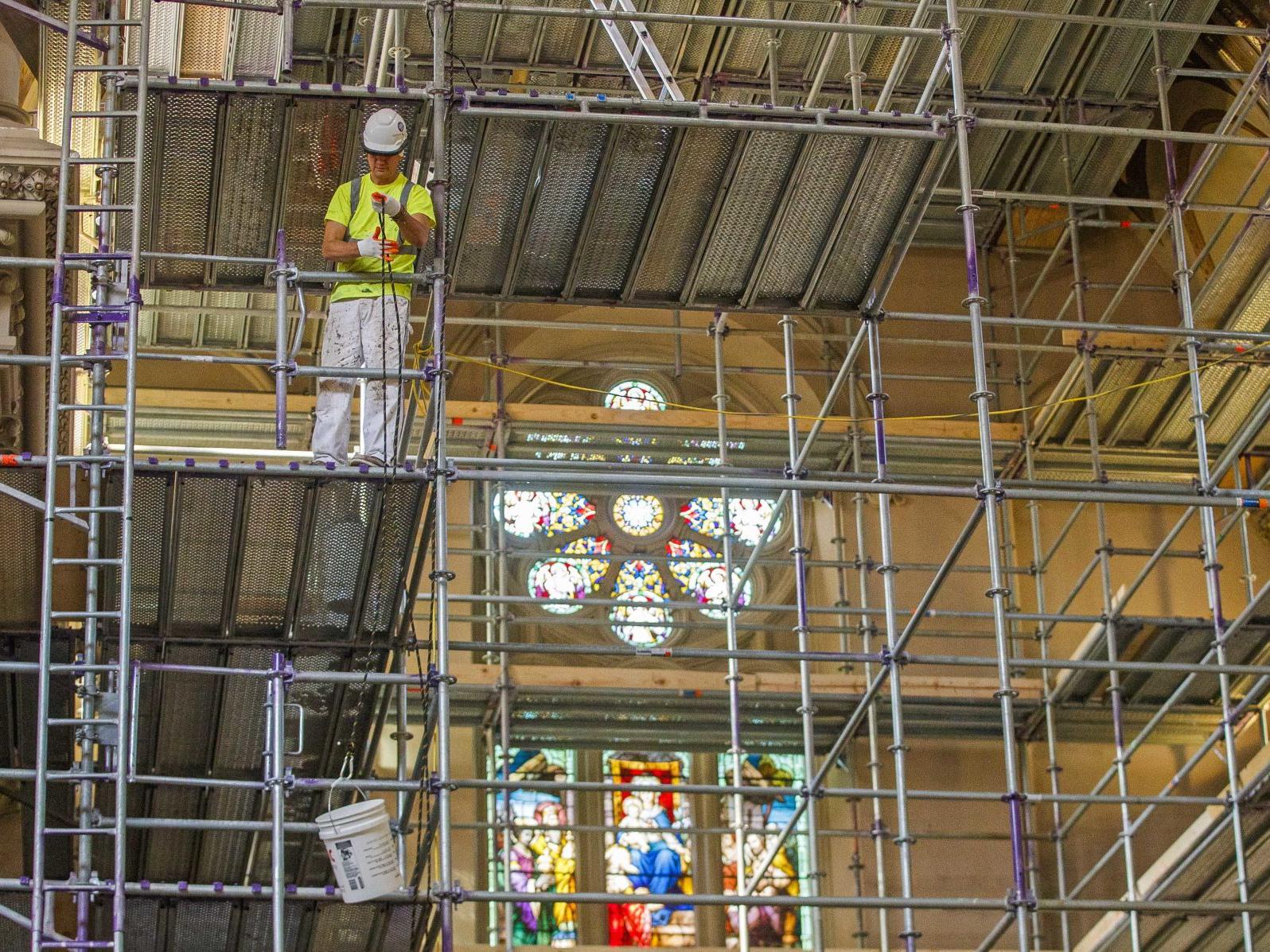 If you watch the do-it-yourself programs on TV, you see how many times a perfectly good house is stripped bare and re-imagined to another era, tearing down walls in favor of the open concept and making it a schizophrenic building (looking one way on the exterior and another on the interior).  If you want an open concept home, build one.  Do not destroy the integrity of a home built in the day when rooms for a specific purpose mattered.  That is my opinion, anyway.  Buy the house that fits what you want instead of stripping down to the bones and building it back up (and then having it done again the next time things change).  A very large family home (once belonging to my great-grandparents) with all sorts of wonderful turned and carved oak had a remodeled kitchen that looked exactly like the early 1970s.  I know the original kitchen was terrible but what good did it to when it was remodeled to look out of character with the exterior and the rest of the interior.  But maybe you have a different opinion (a wrong one but different).  LOL

The same thing is true of remodeling churches.  Styles go in and out but the most fool hardy thing to do to an historic structure is to make it reflect a moment in time that is in conflict with its exterior.  I follow the Liturgical Arts Journal and its photos of Roman Catholic buildings rescued from poor 1960s-1980s renovations that took away the integrity of the building.  Thankfully, they are being restored not necessarily to their former glory but at least to some measure of integrity with the building's overall structure.  It is an amazing thing to see and I am happy to see that people are spending the money to do time travel with some of these terrible deconstructions.

Lutherans have done the same terrible job of taking what was once a building with some consistency and destroying it.  Some of those congregations have taken up the cause of restoring  their buildings (St. James in Indiana comes to mind) but others, populated by frugal Lutherans, are not sure it is worth the money.  If you ask me, it is.  Beauty in service to the liturgy is one facet of our obedience and devotion, not unlike the expensive ointment lavished upon our Lord.  Though some might suggest that this is self-indulgent, it is actually money well spent.  The most self-indulgent thing of all is to remodel to fit the moment without care to the integrity of the building.

It is simply impossible for me to believe that the God who specified with such detail the plans for the Ark, the Tent of Meeting, the Tabernacle, and the Temple could now countenance our refusal to invest anything in the cause of beauty in service to His worship and His glory.  So I would suggest that we be both careful in our spending but not cheap in the way we treat the buildings that house the worship of God's people and the place where He serves us with His gifts.  This is no less true of remodeling efforts.

Fully agree about churches, not so sure about houses!
I attended Wartburg Seminary which had a beautiful, though somewhat dark chapel. It was surely in need of an update, but the light wood and new configuration just doesn’t work, at least for me.