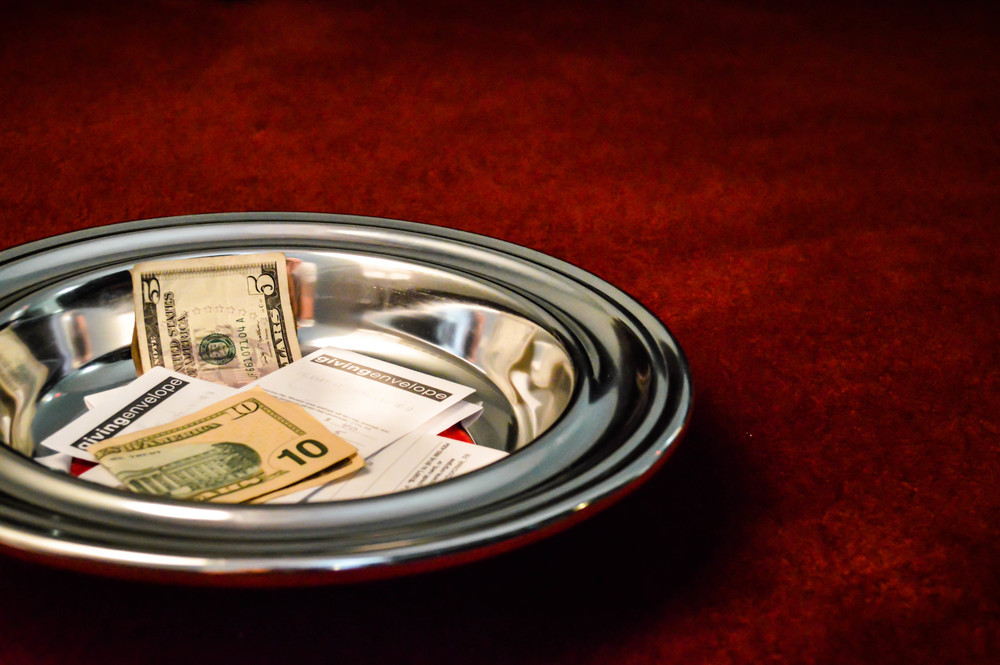 Several times when I have served as vacancy pastor or filled in for someone who was called away, I have received the elaborate instructions of how they do the liturgy just like the hymnal, except for. . .   Inevitably there is always some variation when it comes to the offering.  Having grown up with the added ordinary of the hymn We Give Thee But Thine Own, I understand that there are little peculiarities when it comes to the offering.  Do the plates start out on the altar or end up there and who it is who hands them to the ushers and receives them from the ushers. . . or, more importantly, how and how long are the offerings lifted up before the altar so that God can see how good and generous we are with our money. . .  Once I was literally asked if I would hold up the offering plates a little higher the next time I served there.  Really?!

Since the beginning of all the COVID-19 changes, we have stopped passing the plates or receiving them.  We had long ago stopped placing them on the altar and put the empty plates as well as the full ones received from the ushers on a small credence table opposite the other credence in the chancel.  For most of the last months the plates have sat at credence tables placed outside the chancel and people simply dropped off their offerings.  Now we have added giving boxes for offerings at four posts throughout the nave.  Even when the day comes and we no longer have to worry about such things, I guess that offering plates will not be as big a deal.  More and more are using online giving and others give monthly instead of weekly and all of this has contributed to me not missing the offering plates.

In the end, I would rather use the several minutes taken up in collecting the offering in other places.  Perhaps if this were done, fewer parishes would have the liturgy truncated simply for the sake of time.  In any case, it takes but a minute or so to prepare the altar and I for one have not missed the presentation of the plates to the ushers or the presentation of the offerings.  Perhaps others will argue with me here but I would be good if it never returned.  What do you think?

I agree. And if you're going to eliminate the offering then there is no reason to have the offerotory played as well. Just "minutes that can be used in other places."

The presentation of our gifts to the Lord has been a part of worship going back to the very earliest days. This is a pretty cavalier dismissal of something that has a very important role in traditional worship.