No room for a brotherhood. . . 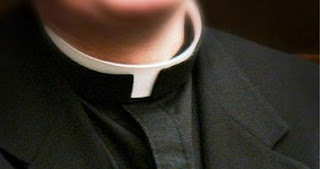 If you have read this blog for a while, you know that I am not a fan of the online paths to ordination.  While I have made my point about the curriculum, I have not often made my point with respect to the unity and fellowship of the ministerium provided by a common path to ordination.  The fruits of a common path are often never realized until that path is no more.  Such was the case when the Lutheran Church Missouri Synod woke up to the fact that we no longer had a system of preparing pastors but only two seminaries and even those seminaries were not the only options.  We will never go back to a system of high school, junior college, senior college, and seminary.  I know that.  Everyone knows that.  But that does not mean we cannot learn some lessons from what was lost and how important being a part of a brotherhood of pastors remains.

The seminaries are the final line of what remains of a system designed not simply to educate but to inculturate a ministerium.  Moving from a time when families knew families to a time in which a common experience of life together in boarding high schools, colleges, and seminary was transition enough for one era.  In reality, it was not all that much of a transition.  Pedigree remained important in Missouri all the while the brotherhood was shifting from parentage to their common experience and life together for some  twelve years of their lives -- and formative years at that.  Of course, it did not prevent conflict or argument or even dissent from the doctrinal position of Missouri.  We all know that only too well.  However, it remains the distinctive identities of those who left to think of themselves as Missouri (even, perhaps, the best of Missouri!).

The next stage in the development happened when the system began to fade away.  Long before Concordias closed, the seminaries were welcoming men from outside the system.  It would not take too long before the high cost of church colleges, the decreasing size of the pre-sem presence on those campuses, and the decline of those coming from teacherages or parsonages would impact the brotherhood.  Now those graduates of church schools are hard pressed to justify the cost of their education with a consummate benefit and those who enter from state schools or other non-church universities and colleges have become the norm.  So the requisite Greek, Hebrew, German, and Latin prerequisites went by the wayside and Greek intensives became the rule.  But the impact was not simply educational, it has been sociological.  The brotherhood is cracking.

In swift form, the cracks became great divisions when the Synod set up a two tier ministerium in which one was almost entirely online and the other on campus.  The common experience and life together of even three years of seminary bears little or no resemblance to the online option.  Not only does the online student have a completely different experience from the residential campus student, the online students complete most of their coursework in the relative isolation of their own screens.  So at a time in which the brotherhood is fractured, suspicious, and skeptical, what we share in common is less than at any other time in our history.  There is, it seems, no room for a brotherhood in Missouri.

Recognizing this, parachurch organizations have stepped up to fill the gap.  In a conversation with a pastor who did not seem to be a cheerleader for the kind of things his parachurch group embraced, he admitted that he joined the bandwagon more out of a desperate need for fellowship than for any other reason.  Added to the parachurch groups are conferences that provide a semblance of fellowship along with common interest.  Even the seminaries have a long history of sponsoring these kinds of conferences.  That is all well and good for the individual but it does little to support and encourage the larger sense of brotherhood within the ministerium as a whole.

We find ourselves more divided than ever -- without a common experience leading to ordination, without enough common interests to bind together the whole, and without even a desire to expand the brotherhood, Missouri faces a big struggle that will not go away easily or quickly.  Worse, we have now grown accustomed to the division.  We talk past each other and ignore each other.  What we forget is that we are the ones hurt by this now and we are sowing the seeds of greater hurt for our church body down the road.  My time is heading to a close as a full-time active pastor but my concern remains.  I fear that we are left only to lament what is lost and may be powerless to restore anything of a healthy sense of brotherhood, fellowship, friendship, and collegiality.  I hope I am wrong.