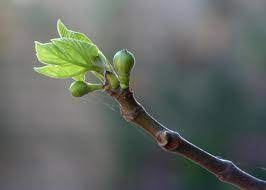 At one point, when I got it in me to garden -- a foolish whim -- I was thoroughly impressed by the grand tomato plants that were the object of my attention.  Manure from a farm and countless hours of watering had produced a large and leafy plant that was the envy of all the other plants in the garden.  Except that there were no blooms.  No flowers from which the fruit could come.  Only green leaves and a lot of them.  On the other hand, my broccoli looked pitiful as a plant but bloomed like crazy an produced crop after crop of luscious fruit right up until the front claimed it.  I learned a lesson.  It is not the abundance of green leaves and the size of the plant that determines how much fruit it bears.  I should have listened to Jesus.

Alas it is the season of parables and lessons taught by our Lord about the last things.  Though not appointed for the lectionary, Mark 11:12-14 might well fit one of those warning words from Jesus.


On the following day, when they came from Bethany, he was hungry. And seeing in the distance a fig tree in leaf, he went to see if he could find anything on it. When he came to it, he found nothing but leaves, for it was not the season for figs. And he said to it, “May no one ever eat fruit from you again.” And his disciples heard it.

If you are like me, you might have wondered about this story and felt a tinge of sympathy for the fig tree. It was not its time, after all.  Jesus seems rather harsh and judgmental about a tree which could hardly be expected to show forth its fruit when the season of fruit bearing had not yet arrived.  But this is one of those stories you have to look at a little deeper.  It turns out that fig trees have a sort of pre-fruit fruit -- an edible fruit that appears before the figs themselves.  A breba (commonly breva in Spanish, and often taqsh) is a fig that develops on a common fig tree in the spring on the previous year's shoot -- before the actual full fig that is the fruit of the new growth.  It is like the bloom on my tomato plant -- without this precursor fruit, there will not be any figs to harvest.

A tree with many new leaves but no taqsh will become a nice looking but barren tree later in the year when figs are in season.  You could eat this pre-fruit and the poor often did and this may be what Jesus intended to eat.  But the tree was empty of any fruit and had only leaves and because there was no taqsh to eat there would be no figs at the time ripe figs were in season.  The pre-fruit is a sign, like the blossom, of what is to come and a sign of what will not come if it is missing.  Jesus read the signs.  He saw that the tree was without sign of fruit and so when the season arrived it would bear nothing.  Only leaves and an outward show of life but without fruit, no purpose.  He was, of course, not speaking simply of figs but of faith which has all the leaves but no sign of fruit -- like the folks He was condemning in Israel and many Christians today.  A religion reduced to offering predictable forgiveness to a people comfortable in sin is no religion at all.

I was put onto this, from several sources, and to the work of W. M. Christie, a Church of Scotland clergyman who served in Palestine.  Many years ago, he posited that the time of year at which this probably occurred (if, as is he suggested, Jesus was crucified on April 6th, a.d. 30) the incident then this was the first days of April.   According to Christie, that would fit well with the end of March when this pre-fruit of the fig would begin to appear.  About the size of a green almond, they were often eaten, especially by peasant folk.  They eventually drop off and the real fig appears.  These fruits are the first signs that the fully formed fig will appear in 5-6 weeks. Their appearance was a sign of what was to come and, without them, a sign of what was not to come.  When Mark says the time for figs had not yet come, Mark was referring to the fully formed fig.  But Mark's works fit nicely with respect to the leaving out of the tree and an absence of taqsh -- telling Jesus no figs were to be forthcoming.  Jesus found the tree, and faith that looks like this kind of tree, hopeless and without fruit unworthy of anything but judgment.

In any case, the warning Jesus speaks is made clear a few verses later:

As they passed by in the morning, they saw the fig tree withered away to its roots. And Peter remembered and said to him, “Rabbi, look! The fig tree that you cursed has withered.” And Jesus answered them, “Have faith in God. Truly, I say to you, whoever says to this mountain, ‘Be taken up and thrown into the sea,’ and does not doubt in his heart, but believes that what he says will come to pass, it will be done for him. Therefore I tell you, whatever you ask in prayer, believe that you have received it, and it will be yours. And whenever you stand praying, forgive, if you have anything against anyone, so that your Father also who is in heaven may forgive you your trespasses.” 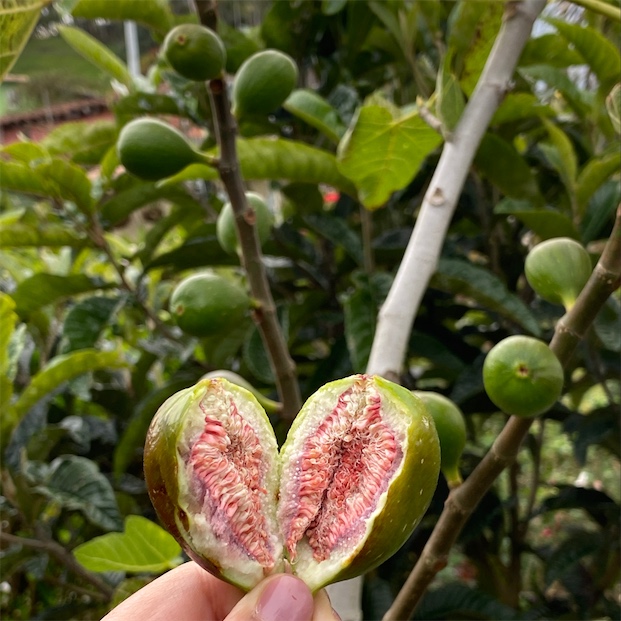 Jesus is calling us to faith -- to a fruitful faith displayed not with lavish foliage but with a merciful heart that forgives as we have been forgiven, gives as we have been given to, and prays urgently expecting God's wisdom to give the right answer at the right time.  Have faith!  That is the lesson.  Sure it is a warning but the warning is not to those with faith but to those whose faith is empty -- a fine stand of leaves but without blossom or bud on which fruit will be born.  Surely this is a profound message for today when even Christians are tempted to judge more by feelings than the Word of God, when we run from cross bearing to the illusion of happiness, and when we seek God to bless our way more than for us to walk in His.  Jesus promises that life will not be easy.  We will face persecution and threat from outside, doubt and fear inside, but His call is to faith and faithfulness no matter what.  He reminds us over and over again that the fine foliage of an outward Christian life will find its reward here and now but not before God.  Faith endures and this faith may be scarred and wounded but it is still faith -- no dimly burning wick or bruised reed will He cast away.  So take heart, my friends.  He who endures to the end shall be saved.  But even here God has provided means for us to endure.

The buds of faith that bear fruit are fed and nourished by and displayed in the means of grace and our attention to them -- hearing the Word of God preached and taught with glad and willing hearts, rejoicing in the gift of baptismal new life and walking in the way of Christ, confessing our sin and being restored by the voice of absolution, eating and drinking the food of the Kingdom in the body and blood of Christ.  Without these, it is hard for good fruit to be born -- much less come to fruit.  Sure, in impossible times we can survive feeding on Christ in our hearts without the benefit and blessing of God's House and the things of God's House but not long.  God means for us to grow and bear fruit that will last -- last to the day of judgment when the Christian hears the welcome and well-done of the Father as Jesus presents us on high.