It is only politicizing if. . . 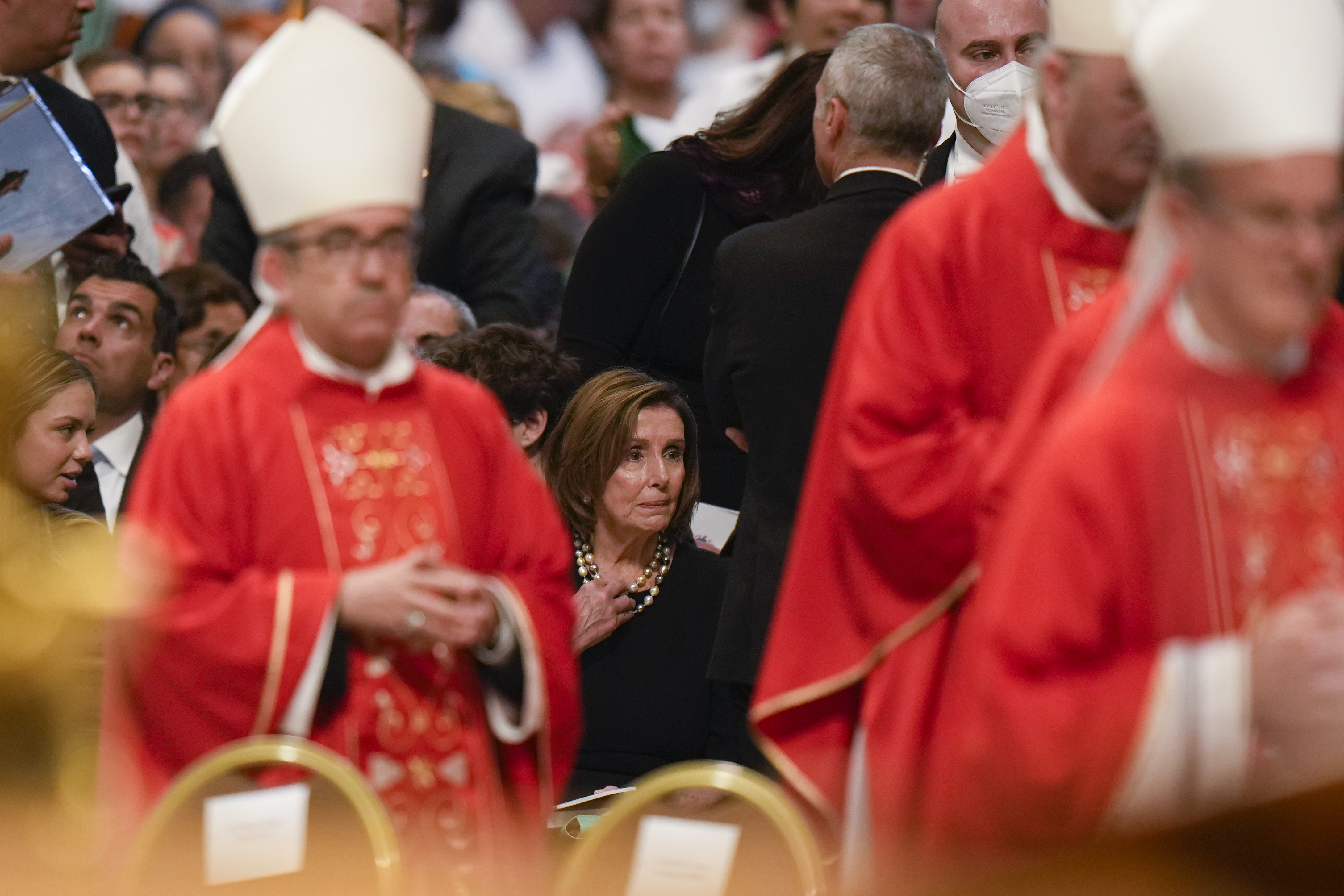 It is old news.  House Speaker Nancy Pelosi received Holy Communion at a papal Mass at the Vatican at the end of June.  Of course, this is the same Nancy Pelosi whose public support for abortion rights led to her being barred from receiving Communion in her hometown of San Francisco.  According to witnesses, she received the Sacrament at St. Peter’s Basilica, at a mass presided over by Pope Francis for the Feast of Saints Peter and Paul.  Now, mind you, she did not receive it from the hand of the pontiff but from one of the many assisting priests.  Earlier in the day she med with the Pope and she and her husband received a blessing.  According to the news report, it is not common for Pope Francis to administer Communion, as he has sought to avoid politicizing the sacrament.  The media and Francis are accusing Archbishop Cordileone of politicizing the Sacrament.

Okay, so I understand.  It is only politicizing the Sacrament if and when a bishop or priest (God forbid a pope) actually expects a communicant to believe, confess, and publicly hold to the teaching of the Roman Catholic Church.  It is NOT politicizing the Sacrament if you flaunt your disagreement publicly, use all the forces at your beck and call to work against the teaching of your own church, and condemn the bishops, priests, and doctrines that hold life as sacred from its natural beginning to its natural end.  That is, of course, how many see it.  Politics happens only when you expect fidelity with the teachings of your own church and not when you publicly and regularly disagree with your church's teachings.

Now, no Lutheran would do that.  Right?  No one would suggest that close(d) communion is political and open communion is faithful and loving?  Right?  No one would dare suggest that those who practiced online communion are being pastoral, loving, and faithful and only those who were against such emergency practices are being rigid and uncaring.  No one would dare suggest that disagreeing with the Biblical pattern of male and female, the estate of the family of a mom and dad and their kids, and the Scriptural teaching on homosexual practice is being politicial.  I did not think so.  Those who open doors are always pastoral and those who expect repentance and submission to the Word of God are hard and unloving and uncaring people who do not represent Jesus.

That is how it is framed.  It does not matter how hard or how long Pelosi has disagreed with, flaunted that disagreement, and worked against the teachings of her church, she was never being political but the stiff necked bishops and priests who would deny such a politician the Sacrament are definitely being political.  It does not matter how many Lutherans abandon Scripture, Confession, and our doctrinal resolutions and statements, they are never the political ones but those who believe such things ought to mean something are being political and politicizing the faith instead of proclaiming it.

My point is this.  How do we ever win an argument with the world and those who live on the worldy fringes of the faith when the only pious path is to disagree with offensive Scriptures, ignore offensive confessions and creeds, and practice against them?

This is not about Pelosi.  This is about the pastor who shows up and tells a congregation that their practice of allowing the communicant to decide if they want to commune and what they are receiving, not worrying about the church to which they belong or if they receive to their harm.  And the people who complain about him and the bad politics of faithfulness.  This is about the pastor who shows up thinking that since we claimed a hymnal as our own and published it with all the official imprimaturs that maybe we ought to at least use what is in it as the minimum of our liturgical practice and the people who say that is not loving and not how Jesus would do it.  This is about the congregations served by less than faithful pastors over the years who have learned the bad habits of unfaithful practice and confession and would rather continue in them than learn the truth.  For whatever reason, we have surrendered the higher goal of faithfulness for the lesser cause of expedience.  Faithfulness, in this equation, flows from a loveless heart and expedience exudes caring.  This may be true in the imagination of the world but if you read about the churches in Revelation, you might be surprised.