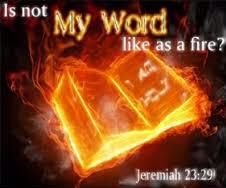 Sermon for the Tenth Sunday after Pentecost, Proper 15C, preached on Sunday, August 14, 2022.

When Jesus stood in the Jordan River to be baptized by John, it did not seem right  to the Forerunner.  At first he demurred.  Better Jesus to baptize him than he to baptize Jesus.  But Jesus would have none of it.  It must be done to fulfill all righteousness.  Before the cross, Jesus would see John the Baptist beheaded and the mighty voice crying in the wilderness silenced by death.

James and John were not above asking Jesus for the privilege of place, sitting at His right and left when He came into His glory.  Jesus asked them if they were able to be baptized with the baptism with which He was to be baptized.  Of course, came their answer.  James was the first of the apostles to die a martyr’s death but not the last.  His brother John watched as they all were killed for the sake of the Kingdom.  Who is in a hurry to die?  Are you?  Of course not!  Think how hard we all tried to keep death at bay during the Covid pandemic.  Nobody wants to die.

Jesus finds no pleasure in death but He is ready and waiting for the death that He came to endure.  He is itching to light the fire of His own demise because of what that death will accomplish.  His soul is ravaged by the distress of one who does not wish to die but who does wish to see the fruits of His death accomplished for sinners great and small.  Jesus will not be waylaid from His walk to the cross, will not be distracted from the purpose of His incarnation and life, and will not hide in fear of the terrible cost that bears such wondrous fruit in your salvation and mine.

Our Lord knows that His death is a stumbling block for many and source of division for even more.  How many people are broken on the rock of doubt and fear, grasping so hard onto this life that they have nothing left to hold onto eternity?   What our Lord has accomplished for is done.  The cross will hold no more victims.  The only victim whose blood can cleanse us from all sin has already been crucified there for you and me.  Our believing adds nothing to what He has done, nor does our unbelief take away from what His death has done.  But without faith to grasp hold of this miracle, its benefits, fruits, and blessings are not ours.

All depends upon faith.  Faith by which Abraham when He was tested was willing to give up His only son Isaac.  Faith by which Jacob blest his sons as he lay dying. Faith by which Joseph passed on the legacy of God’s acts on behalf of His people even as he made provision for the place where his bones would lie.
Faith by which Moses led a fledgling people from slavery to the land of promise, forsaking all privilege in order to stand with the people of God.  Faith by which the Passover first was kept and kept still until Jesus fulfilled its promise with His own body and blood.  Faith by which the people of God passed through the sea on dry ground while their enemies were swallowed up by the water.  Faith in the persons of Gideon, Barak, Samson, Jephthah, David, and Samuel.  People who stopped the mouths of lions, quenched fire, escaped the sword, became mighty in battle, received their dead back, suffering torture, mockery, chains, and prison.

All of these received what they were promised.  So what about you?  Is the kingdom the urgent cause of your living and the hope of your dying?  Surrounded by such a great cloud of witnesses, will you not also cast off every hindrance and weight and sin to run with endurance the race set before you?  Looking to Jesus, the pioneer and perfecter of our faith, will you turn away from every tempting allure and every challenging obstacle in order to follow Jesus?

Jesus was ready to rain down fire because He was so passionate for you and for the salvation He would accomplish by His death and resurrection.  For the joy that was set before Him in YOUR salvation, He endured the cross, despised the shame of the world, and ascended in glory to the right hand of the Father.  Will you now grow weary of the burden of faith in a faithfulness world?  Will you exchange His gift of eternity for the passing pleasure of a moment?  Will you hide your sins from His cleansing blood or risk the shame of confessing them so that they might be forever gone?  Will you become fainthearted for the fight the first time it costs you something because you stand with Christ, in Christ, spattered with His blood, that cleanses you from sin and becomes the clothing of your righteousness?

The cause of Christ has never suffered an abundance of people willing to endure whatever comes because they have been forgiven their sins and long to live with Christ the life Christ has prepared.  No, the cause of Christ falters from a people who are not sure that giving up anything of this moment is worth holding onto eternity, not convinced that their sins require a Savior who must suffer and die, and not willing to risk any of the world’s disdain in order to die with Christ and life with Him forevermore.  Considered Him who endured from sinners such hostility so that you may not grow weary or fainthearted but run with endurance the race of faith before you.  Jesus is right.  We spend more time talking about the weather than about Him or the forgiveness, life, and salvation He has won for us.
It is to our shame that we let so much come between us and the salvation that God has freely given even though it cost our Lord everything in suffering and death.  But worse than this shame is our loss.  By our fear of standing in Christ and with Him, by our willingness to surrender our faith to fear, and by our judgment that the way of Christ is too hard or costs us too much, we cast aside what Christ suffered to give us freely, in love, to save us.

Will we pass on to our children a fragile faith that gives up in the face of any opposition or will we give to them the legacy of the faith, the saints, the martyrs who were willing to shed their blood for the sake of Him who shed His blood once for all on the cross?  Children are crying to know that faith is worth dying for as well as worth living for.  Will we teach them this by example or only by words?

Jesus is a stumbling block, obstacle, and scandal.  Either He will set us free forever or the weight of His suffering will come down upon us and crush us for our unbelief, doubt, and fear.  My friends, I do not say this because I like speaking in this way.  I say this because we must hear it.  It is every bit as much the message of Scripture as the comforting passages we long to hear.  And the object of both is nothing less and nothing more than your salvation, the forgiveness of your sins, the rescue of your lost life, and the resurrection of your body dead in trespasses and sins to the life that sin, shame, and death can no more touch.  Long for this gift and yearn for this grace for this is the only thing that you can possess and enjoy in death.  Jesus lives to bestow upon You all that He has won.  Live to grasp hold of this blessing and it will be your joy in sorrow, your presence in loneliness, your hope in the face of trouble, and your life in the face of death.

In the holy name of Jesus.  Amen.