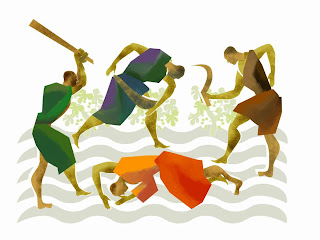 Wonderful words, Pastor Peters. I need to constantly be reminded of God's boundless mercy for me. No sin too great to be forgiven, even when committed over and over again by the sinful flesh. Thank you for your blog. It is a blessing.