The WORD of the Lord! 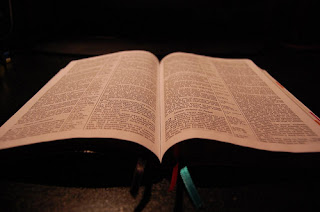 Rev. Peters: You write, “The Law with all its blunt truth to accuse us of our sin we think is so well hidden and out of sight, lest we think we are getting by with something.” Is it presumptuous for me to say that I am not one of these “us” whom the Law accuses? Should we not grasp the words of St. Paul with every bit of faith God has given “us” (these are the “us” to whom I claim to belong by the Blood of the Lamb), (Romans 3:19) “Now we know that whatever the Law says, it speaks to those who are under the Law,…” and (Romans 3:21), “But now a righteousness from God, apart from law, has been made known, to which the Law and the Prophets testify. 22 This righteousness from God comes through faith in Jesus Christ to all who believe.), and (Romans 8:33), “Who will bring any charge against God’s elect? It is God Who justifies. Who is to condemn?” Also, do you really think that any member of the Elect could possibly think that a sin could be hidden from God? Or that we could possibly think we could put one over on God? Does this possibly imply that a sin we are not aware of cannot be forgiven? By the way, when are our sins forgiven? I mean the sins committed by a child of God and member of His Kingdom? This could not be “Third Use”, because in the “Third Use” there is no “accusation” by the Law.