To have or to have not. . . the aspirations of an uncertain people. . . 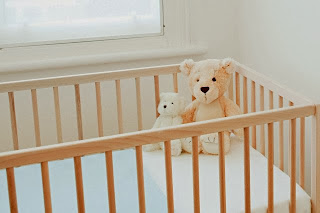 The Centers for Disease Control and Prevention recently reported that U.S. births appear to be leveling off, although the numbers continued to show some decline. While birth rates edged up for women in their early ’40s and throughout their ’30s, rates kept falling for women in their ’20s and among Latinos.

A key factor, Last explained, is “aspirational fertility,” or the number of children that parents say they want to have. In the early 20th Century, a clear majority of Americans favored having three or more children. Now, 66 percent of those who seldom or never attend worship services say zero, one or two is ideal, while 41 percent of those worshipping weekly desire three or more children. If a woman frequently attends worship services, it is much more likely she will have a larger family, if that is her goal.

The clear divide that Terry has noted (and others with him) is the the desire for children and the desire of more children rather than less is shaped by faith and faithful worship.  The stronger the faith and the more likely the faithful are in church on Sunday morning translates into the greater likelihood that they will both desire and have more children (in this case 3 or more).  The less likely the people are to claim a faith in God or be regular in worship also has implications.  They are less likely either to desire or want a child, at all, or, if they want a child, they want only one.

You can read the sad statistics all here in Last's book What to Expect When No One's Expecting: America's Coming Demographic Disaster.  Check it out on Amazon.  It is a surprising book, indeed, or, if you are not surprised, a sorrowful read.

People ARE shaped by their beliefs and by the practice of those beliefs.  On the other hand, the press of our culture and its individualistic and self-centered values puts pressure on the Church and the Christian.  We are swimming against the tide.  Those who look at the declining numbers of children in Sunday school and in the pews need to do more than lament the loss of children.  They need to speak and preach of the blessing of children, gifts from God, and the blessed nature of the sacrificial love that both under girds and makes parenthood possible.  We might well consider how what we teach about marriage impacts the issue of children... but that might have to wait for another meandering thought posted to this blog....
Posted by Pastor Peters at 6:00 AM

The secular focus on self, personal realization, and worldly success is completely at odds with the sacrifice, effort, and non-self focus required to raise a family. Today's society says, "Who could possibly be more important to you than yourself?" This fairly screams for the answer, "No one." This is certainly not the Gospel message, but it is the modern secular message.