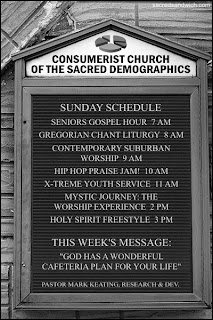 The paper begins with a note to the difference in dress between BXVI and Francis upon their election and first appearance from the central loggia of St. Peter's Basilica.  At that point the whole world knew that Francis was not Benedict.  His attire said as much.  He made a personal decision to reject how popes had traditionally vested for the Urbi et Orbi moment.  Dom Alcuin Reid cautions about making each pope's style or personal preference the victory or defeat of the liturgy.  In fact he goes on to cite the difficulty in a media age from distinguishing the words of the pope when speaking ex cathedra and when he is speaking according to his own manifest mind and will.  He urges respect for the later but the acknowledgement that idolizing everything the pope says is nothing more and nothing less than ultramonantism (the belieef that any opinion, act or judgement of the pople is above criticism or infallible and to be followed as the teaching of Christ Himself.

Long before he became pope, Cardinal Ratzinger made exactly the same point.  The Pope is not an absolute monarch and demand obedience to himself but is supposed to be the premier guardian of the authentic Tradition and obedience is to that Tradition whom the pope preserves.  He cannot simply do as he likes.  In fact, Ratzinger wrote of this as the difference between a technician who builds new and discards old machines on a junkpile and a gardener who nurtures the living tradition by handing it on faithfully.

Dom Alcuin Reid continues by suggesting that part of the problem is this confusion of personal choice with the preservation of the authentic tradition, even saying out loud what many have whispered:  that Paul VI imposed his own personal will on the liturgical tradition when he implemented the Vatican II reform and went well beyond what the explicit words of the Council had said.  In March of 1969 one of the Cardinals write "If the Holy Father has decided to reform the Liturgy, we must accept."

But maybe they should not have just accepted.  For clearly the spirit of Vatican II became a spirit in conflict with the express pronouncements of the Council and indeed a distinct influence upon the liturgical reforms of communions well beyond Rome.  Reid insists that the personal style or preferences of a given pope are not law and it is possible that a pope can make errors of judgement or give confusing and even misleading witness to the church and world.

With respect to the worship wars of Lutherans, personal preference is indeed the name of the game.  The witness of the Confessions, the example of the Reformers and their earliest successors, the church orders of Lutheranism from the sixteenth century, and the practice of the Church of the Augsburg Confession have all become less important than what either the people in the pews or the people not in the pews or those leading worship desire.  We have an anarchy of personal preference in which the particular desires, preferences, or style of one becomes papal in authority over the many.

Some would say that is exactly what I do as a Pastor working to restore the liturgy, manifest the full resources of our Lutheran liturgical tradition, respect the Confessional words and practice of our Church, and maintain an identity on Sunday morning which is consistent with what we believe, confess, and teach.  I am accused even in this blog of playing pope to the detriment of the wishes of the people whom I serve.  But I would maintain that I am not advancing personal preference or style but preserving the faithful tradition as a gardener tends the garden.  What has happened, however, is that our practice has come so far from our Confession that when we restore that evangelical and catholic tradition, we are accused of Romanizing or of imposing personal preference over the preferences of the congregation.

Lets cover a few of the hot button items.
I could expand the list but I am sure this is enough to cause a few comments from those reading....  No Lutheran Pastor who works to restore these items is acting papal or imposing personal preference.  These are who we are as Lutherans.  Just because we have allowed personal preference to dispose of these practices does not mean that to restore them is to invoke personal preference.  As someone once said of Lutherans, our problem is not that we do not have a pope but that we have too many.  At the core and center of the liturgy wars in Rome (EF or NO) or worship wars in Lutheranism is the confusion of personal preference with tradition (the good kind, that kind that Pelikan called the living faith of the dead as opposed to traditionalism, the dead faith of the living).  Rome may be listening too much to the personal style and preference of its current pope but Lutherans have made personal preference the pope and listen to much to what people want and too little to what is faithful and authentic practice of what the faith of our Confessions.

I know I will have stirred up a hornets nest here but I think these words need to be said.  We are not Calvinists imposing something foreign to our tradition on Sunday morning.  We are Lutherans acting like the Lutherans we say we are in our Confessions.  If you like or dislike these things, well, you like or dislike them;  to make conflicting and competing likes and dislikes papal pronouncements is to miss the forest for the trees.  We do not do these things because we like them but because we are Lutheran.  I write this only because I find it confusing and frustrating that our failure to be who we are on Sunday morning has become normal and trying to restore the integrity of our practice to the integrity of our Confessions has become the odd man out.
Posted by Pastor Peters at 6:00 AM

I don't see any problem at all with what you have written here.

As I understand it, receiving Communion was not common in the Middle Ages; many received Communion only once or twice a year, commonly during Easter Time, and maybe Christmas Time. But that was never a rule, but rather developed as a custom, out of reverence for Christ and awareness of our sinfulness. Mass was celebrated every Sunday and weekdays, and the Priest received Communion. Communion was available to the congregation, but they didn't partake. it was Pope Pius X in the 19th Century who encourage receiving Communion often, even daily.

For the life of me, I cannot comprehend how any orthodox Christian who believes in the Real Presence of their Lord and Savior in his Holy Supper, would NOT want to partake of his grace and forgiveness of sins EVERY Lord's Day.

thank you for your lucid and terse expounding on the Lutheran "worship war" in LCMS and faithful representation of the Confessions. - a confessional LCMS member living in chaotic lutheran Denmark.

Gary, I can understand this. THink about it ... so many people (xtian or not) do things simply without thinking ... as a knee-jerk reaction, and for a 2nd reason, going through the motions. Too many lutherans have gotten used to the last 50 years or so since their church stopped celebrating Service of the Eucharist, that it is part of their "tradition" now. Also, for ones who have a low-view of Communion and what it gives/benefits our souls, taking things for granted and going-through-the-motions is what is at state, imho.

@inga. Right on. As an adult convert, I've had lots of life-long Lutherans look askance at me. Horrors, I even wear a head covering when receiving the Eucharist (even more often than weekly, since Fr. Peters offers that opportunity in a Thurs. Holy Communion).

Fr. Heath Curtis said something perceptive about worship wars. Recently on IssuesEtc. he asked why it was his parents didn't clamor for Glenn Miller worship? Why didn't their parents ask for Jazz worship? And their parents for Ragtime?

What has changed, and needs to be "unchanged" is ourselves. No longer do we see the Church as the place to go for Word and Sacrament. Instead, it is just one more morsel on our buffet plate of what pleases us.