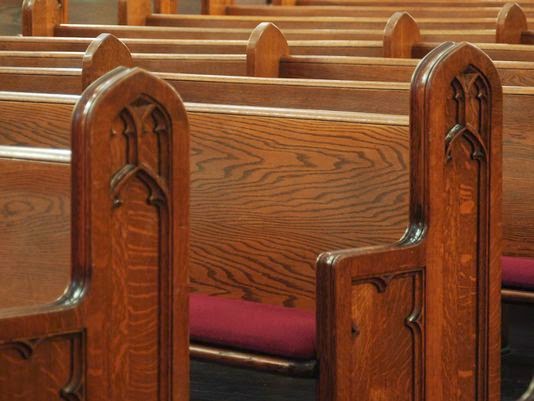 Barna has surveyed now the unchurched (now called the churchless) and has found a number of things worth some thought. . .

1. The number of unchurched people in America would make the 8th most populous country in the world.
As of 2014, the estimated number of people in the U.S. who Barna Group would define as “churchless”—meaning they have not attended a Christian church service, other than a special event such as a wedding or a funeral, at any time during the past six months—stands at 114 million. Add to that the roughly 42 million children and teenagers who are unchurched and you have 156 million U.S. residents who are not engaged with a Christian church. To put that in context, if all those unchurched people were a separate nation, it would be the eighth most populous country in the world, trailing only China, India, Indonesia, Brazil, Pakistan, Bangladesh and the remaining churched public of the United States (159 million).
2. In the past decade, more people in the U.S. have become churchless than live in Australia or Canada.
Barna tracking research has seen significant shifts in church involvement over the past decade. During that time, the number of adults who are unchurched has increased by more than 30%. This is an increase of 38 million individuals—that’s more people than live in Canada or Australia.
3. The vast majority of America’s churchless have attended a church.
Very few of America’s unchurched adults are purely unchurched—most of them, rather, are de-churched. Only about one-quarter of unchurched adults (23%) has never attended a Christian church at any time in his or her life, other than for a special service such as a wedding or funeral ceremony (though this number is on the rise; in 1993, only 15% of unchurched adults had never been connected to a church). The majority of unchurched individuals (76%) have firsthand experience with one or more Christian churches and, based on that sampling, have decided they can better use their time in other ways.
4. While the churchless are primarily men, the percentage of women in their ranks is on the rise.
It remains true that churchless people are somewhat more likely to be men than women (54% of the churched are men, compared to 46% of the churched), but the gap is not huge and has been steadily closing. For instance, in 1994, 58% of the unchurched were men. That percentage reached 60% in 2003 before it began consistently declining, until stabilizing the last few years around the current level. In other words, the gap between men and women has plummeted from 20 points in 2003 to just 8 points currently.
5. The unchurched in America tend to be less educated than the churched.
While it may seem counterintuitive to some, the unchurched tend to have completed fewer years of formal education. But again, the gap is not huge: 50% of the unchurched have gone no further than high school graduation, compared to 45% of the churched. Overall, 22% of the churchless have completed a four-year college degree, only slightly less than the 26% among the churched.
6. The Pacific Coast is home to the largest percentage of churchless per capita.
Geographically, there is a separation of just a few percentage points among the churched and unchurched. The biggest gap is found in the Pacific Coast states, where residents comprise 20 percent of the nation’s unchurched and 14 percent of the churched. The average gap between the churched and unchurched in all nine U.S. Census regions is only 2.5 percentage points.
7. The unchurched are more likely to be unmarried.
Among the unchurched, less than half (44%) are married, while the number is closer to six out of 10 among the churched. A greater proportion of the unchurched (29%) than the churched (22%) has never been married. Unchurched adults are also about four times more likely to be cohabiting than the churched (11% and 3%, respectively). Both groups are equally likely to be divorced, separated or widowed.
8. The younger a person is, the less likely he or she is to attend church.
While it’s true there is a generation gap among the churched and unchurched, the difference is not as dramatic as you might expect. Among the churched population, Millennials (born 1984-2002) make up 11%, Gen X-ers (1965-1983) are 33%, Boomers (1946-1964) make up 35%, and Elders (born in 1945 or earlier) make up 22%. Among the unchurched, the percentages skew slightly younger: Millennials make up 15%, Gen X-ers are 36%, Boomers are 33% and Elders are only 16%. However, the actual gap is only a few years (a median of 47 years among the unchurched, compared to 51 among the churched).
9. Unchurched adults are more likely to be white.
The ethnic and racial distinctions that once separated the churched and the unchurched are less substantial than they once were. However, it is still true that the unchurched are more likely to be white than are the churched. Overall, 70% of the unchurched in America are white, 12% are Hispanic, 10% are black and 6% are Asian. Among the churched population, 65% are white, 14% are Hispanic, 16% are black, and 4% are Asian.
10. The majority of the churchless in America claim Christianity as their faith.
When asked to identify their faith beliefs, 62% of unchurched adults consider themselves Christians. Most of the churchless in America—contrary to what one might believe—do not disdain Christianity nor desire to belittle it or tear it down. Many of them remain culturally tied to Christianity and are significantly interested in it. More than one-third (34%), for example, would describe themselves as “deeply spiritual.” Four in ten (41%) “strongly agree” that their religious faith is very important in their life today. More than half (51%) are actively seeking something better spiritually than they have experienced to date. One-third (33%) say they have an active relationship with God that influences their life and are most likely to describe that relationship as “important to me” (95%), “satisfying” (90%) and “growing deeper” (73%)—only one in six (16%) would describe it as “shallow.”

Read more here. . .   What we have learned is that these are hardly the pagans who have never heard the Gospel or even, necessarily, those who have fallen away (at least in their own estimation) but those who have dropped out of church even though they consider themselves Christian.  What does this mean?  It means a failure of catechesis. . . it means a failure of incorporation into the sacramental life of the Church. . . it means that faith was disconnected from the place where faith is heard from the Word, where the water of baptism bestows new life, and where this faith is fed and nourished by sacramental absolution and the Eucharist. . .  it means we had better be learning what to do with the people still in church or they will certainly follow these folks out the door. . .  It is not too late for those inside and for those who have left.  Renewal always begins with a call to repentance and a re-invigorated life starting with the basics.  Pastors, take heed.
Posted by Pastor Peters at 6:00 AM

I am a Lutheran and I don't go to church anymore:
1) The teaching/sermons are like a high school pep talk.
2) In 25 years of attending, I never made any friends. It was like going to a movie theater.
3) The Lutheran churches condone frivolous divorce and subsequent remarriage. I'm not fellowshiping with such people.
4) A significant number of LCMS and WELS churches are sympathetic to the gay lifestyle.
5) Most Lutherans deny the efficacy or necessity of baptism.
6) Lutheran churches are bastions of man hating feminism. No Lutheran woman would tolerate male headship in marriage.
7) Despite all the outrage over abortion, Lutheran churches accept money from Thrivent. Thrivent funded planned parenthood.
8) A significant number of church goers cohabit.
9) It is fairly common for Lutheran churches to embrace the "Purpose Driven Life".

I've encountered many lutheran pastors who just want a paycheck. They are phony religion workers.