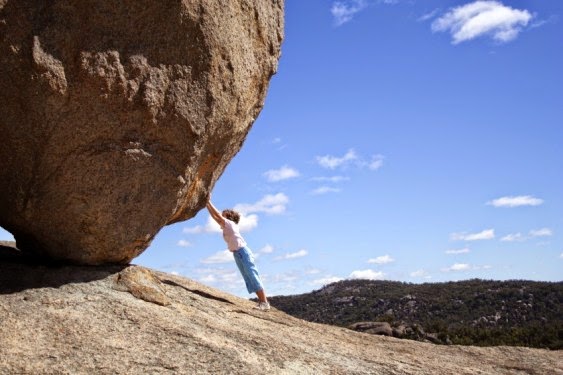 Billions are struggling with the male-female question?

It is a QUESTION now?  Not a given defined by our creation from God (or, if you are not religious, by nature)?

It seems that the only people struggling are those who are trying to find a way around nature and the God who created us male and female, in His own image and likeness, and divinely ordered our relationships within this complementarity (albeit with the reality of sin and death distorting and twisting us away from His divine providence).

We repeatedly are given the impression that the whole world is struggling, wrestling, and painfully working through this "male and female relationship question" but that is the creative expression of a minority with its well placed and well oiled publicity machine.  The truth is nearly all the world would not give this male and female question thing a second look were it not for the incessant publicity and posturing of a very vocal and visible minority trying to say that something is wrong with the natural order and God's creative will.

For my own self, I am weary of those who constantly try to enlarge this "male and female relationship question" as if it were the most burning issue to affect every person, institution, government, and structure of the world.  I do not buy much of the global warming hysteria but I give it more credibility than such sweeping and ultimately foolish generalizations about a world, which is by and large pretty comfortable with this "male/female relationship thing."

A couple of months ago I had a big issue with this gravity thing and sported a couple of bruised ribs and a sprained wrist as proof of my struggle.  In the end it did not affect many others or even prevent me from doing my job (albeit somewhat painfully).  I often wish we would spend less time thinking through and making bigger than big the ordinary things of this life as if they were problems to be solved.  The male/female relationship question is one of those we could well afford to set aside.  The struggle is more imagined than real and the truth is that billions of people are quite comfortable (within the bounds of human frailty) with this male and female relationship question.  There may be millions who are not but their difficulty in dealing with the natural and divinely established parameters of our identity does not and should not require the rest of us to rethink what is and has been universal and unquestioned.

The part of modernity that troubles me most is the constant need to rethink what is already a given.  I am not at all unsympathetic to those who feel they don't fit in this pattern of God's providence but it is the ultimate mark of self-centeredness to believe the world must change because of me.
Posted by Pastor Peters at 6:00 AM

"The truth is nearly all the world would not give this male and female question thing a second look were it not for the incessant publicity..."

This was never an issue ever in history, unlike lots of other issues people still struggle with and always have, ie, death, taxes, illness, violence, covetousness, weather, and on and on...