The devotion of the devout. . . 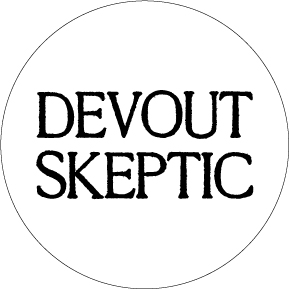 Tim Kaine, the Democratic vice presidential nominee played weekend prophet and theologian when he told activists in the Human Rights Campaign that the Roman Catholic Church will eventually change its teachings against same-sex marriage.  He is surely following the lead of Joe Biden, the current Vice-President, who presided at a same-sex wedding (after receiving special dispensation not from the Roman Catholic Church of which he claims to be a devout member but from the Washington, D.C., government).  Kaine is a devout Roman Catholic as well as a U.S. senator from Virginia and a former governor of that state.


"I think it's going to change because my church also teaches me about a creator who, in the first chapter of Genesis, surveyed the entire world, including mankind, and said, 'It is very good,'" Kaine said. He then recalled Pope Francis' remark that "who am I to judge?" in reference to gay priests.

"I want to add: Who am I to challenge God for the beautiful diversity of the human family? I think we're supposed to celebrate it, not challenge it," Kaine said.

The shock here is not that Biden or Kaine have come out in support of same sex marriage and have used their good offices to support it.  The shock here is that both are self-described and media lauded as devout.  Devout must not mean totally committed to a cause or belief.  The meaning must have changed.  For now it must surely mean claiming to be good Roman Catholics while breaking with the church over major doctrines.  Lest we be smug, we have many devout Lutherans as well -- folks who routinely defy and denigrate the public doctrine of the very church they claim to hold membership.

We have no shortage of such devout folks in a whole variety of churches and I suspect that the very same devotion they show to the doctrines of the churches, they also show to Scripture itself.  It has become fashionable to show patriotism by criticizing your country, remaining seated during the national anthem, or behaving badly while representing America in some official capacity.  It has also become fashionable to speak and act at odds with what your church believes, confesses, and teaches -- as if you were aloof from and too smart for all that faith stuff.

Yes, I am being sarcastic.  I am being sarcastic because I don't know what else to make of those who believe that piety is best shown by challenging what your church believes and confesses.  If that is your belief, then do your church a favor and change to another church that mirrors what it is you do believe.  No one gains when their public witness for the church of their choice is one of doubt, rejection, or disbelief.  Now, if it is true that your church believes something contrary to Scripture and its catholic doctrine and practice, then you may be permitted to disagree to call your church to reform and renewal.  Luther learned that there are limits even to this.  But if you are rejecting what your church believes and teaches because it is politically unpopular or out of step with culture or in conflict with political correctness or appears to be narrow or judgmental by those with whom your church may disagree, well then just do your church a favor and either be quiet and smile a lot or quietly leave for a church that does not want to be faithful.  Lord knows there are enough of them!

The ELCA is a great home for those who want a Lutheranism that stands out and against what Lutherans historically believed, taught, and confessed -- especially about same sex marriage!  There are plenty of church homes that would be happy to welcome Tim and Joe and all the other Roman Catholics who presume to know better than Scripture and tradition what is right and what is wrong with regard to GLBTQ agenda.  Get to know one and find a friend.  But don't stand up in public and denigrate what your church confesses and act in stark contrast to clear church teaching and then claim to be devout or allow others to say you are devout.  It makes a mockery of your church, you, and the very word itself.

Gretta Vosper, the United Church of Canada minister who did not believe in God, was given a standing ovation by her congregation after her first Sunday service since being a United Church report branded her self-described atheism as grounds she was “not suitable” to carry on. So I was surprised by the United Church's decision to remove but not by the response of the congregation where her atheism has been front and center for a long time.  Another form of a devout adherent who sees no contradiction between rejection of what a church believes and being called a fine, upstanding member...

These types of reports can be very troubling indeed, but we must remember Satan works in his own way to take a lie and present it as truth. Self identified Christians who claim they are "devout" and yet celebrate homosexuality and same gender marriage....lifestyles of sin condemned by God's word, cannot find affirmation in the Bible. By repeating thus lie, they hope to persuade others to see it their way. I think we should clearly and boldly expose false teachings, but we must know in advance that these wolves have nipped at the heels of the church since the very beginning. In the end, God will judge all false teachers who remain unrepentant.

As Demonicrats these two politicians are lying, murdering traitors, along with the fifth-column leftist media sycophants. It is in their nature to steal oxygen and exhale lies, like being "devout."

"The ELCA is a great home for those who want a Lutheranism that stands out and against what Lutherans historically believed, taught, and confessed -- especially about same sex marriage!"

The XXXA is a great home for apostate Lufauxrans to lead the unwary to hell.

An equally shameful side of all of this is the reticence of churches to show the "devout" the door and ask them to take a friend with them.

I think this is spot-on. We have to remember that even heretics like Nestorius and Arius were sincere and devout. BUt that didn't change the fact that they were wrong.