Participation as goal of liturgy. . . 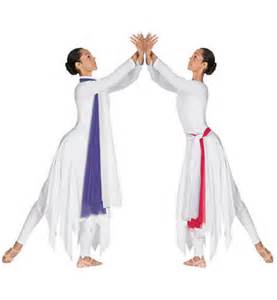 The roots of the liturgical movement certainly had as part of their concern and cause the participation of the faithful in the liturgy.  Theodor Klauser described the Tridentine Mass from the vantage point of the laity:


...while the celebrant "read" the mass at the altar with his back to the people, the faithful were busy with other devotional exercises, mostly of a subjective nature. They sang hymns in the vernacular, whose content had little or even nothing at all to do with the liturgy; they read, wrapped up in themselves, a "mass devotion" or prayed the Rosary silently to themselves.  Only at the three main parts of the eucharist: the offertory, the consecration, and the communion did the faithful, raised by the server's bell, turn their attention briefly to the sacred action that was being performed at the altar, in order that they might make certain recommended "affectations."  Seldom indeed was it the custom for them to make any active part in the sacrifice of the mass by making an inward offering of themselves or by actually making their communion . . instead of actual communion they were often earnestly exhorted to make an act of spiritual communion.

In 1903, Pope Pius X issued Motou Proprio: Tra le Sollecitudini restoring church music (Gregorian Chant) so that the faithful may again take a more active part ... as they were wont to do in ancient times.  But clearly the sentence that stood out was:


Filled as We are with a most ardent desire to see the true Christian spirit flourish in every respect and be pre-served by all the faithful, We deem it necessary to provide before anything else for the sanctity and dignity of the temple,in which the faithful assemble for no other object than that of acquiring this spirit from its foremost and indispensable font,which is the active participation (participatio actuosus) in the most holy mysteries and in the public and solemn prayer of the Church.


Though this was in the context of sacred music, from the late medieval period down to the end of the 19th century, the subject of lay participation in liturgy became a cause to increase the participation of the faithful within the sacred mysteries. It was not until 1903, however, that the first real official mention of this active participation was made.  While no one in 1903 could have presumed or predicted that the shame of this would be Novus Ordo, this was clearly the outcome and, for many in the liturgical movement, the most urgent cause.

While that was the context of Rome and the eventual shape of this active participation, it did not leave other traditions untouched.  In effect, this became an ecumenical cause.  This participation ended up looking a great deal like everyone having their chance to be in the spotlight of Sunday morning with a place in the liturgy, a chance to speak or sing, and a part to play.  What had been largely the domain of the clergy in every tradition ended up being for many a Sunday morning variety show in which each had a right to perform or show off his or her talents.

Lutherans were certainly not immune to this influence.  In fact, we still suffer from the desire to promote active participation but without a common definition of what that active participation is to be.  For us, however, the role of faithful in the Divine Service is not one of muted insulation from what is happening in the liturgy but rather as those who sing the chief parts of that liturgy and whose participation has always included response to the Word of the Lord and communion in the Body and Blood of Christ.  The question for us, then, is whether or not this is enough.

Sadly one of the consequences of clericalism has been to devalue the role of the faithful as if somehow or other they were being unfairly restricted from being center stage and the distortion of the role of pastor as if he were performing for the benefit of the people and not leading the people's praise and delivering the Lord's gifts.  In other words, singing the Lord's praise, hearing His Word, receiving His Supper, praying in His name, and offering the sacrifice of praise and thanksgiving with tithes and offerings, well, this was not much at all.

While the description of the Tridentine Mass from Hauser is descriptive for the time of Luther, it is not descriptive for Lutherans since Martin Luther.  What has been the result of Lutheran liturgical reform is the restoration of the role of the faithful in hearing the Word of God, responding with songs of praise, confessing their faith in the creed, interceding in prayer in the Lord's name, bringing forth the tithes and offerings of a grateful faith, receiving the very body and blood of Jesus, and returning to their homes and workplaces to live out their baptismal vocation.  Regrettably, now we are not sure this is enough.  This is where the modern liturgical movement has failed us -- presuming leading is the primary activity of the Divine Service and responding is secondary in importance and even a diminutive role.  This is where Lutherans should part company with the modern liturgical movement but, sadly, many have not.  They have continued to define active participation as assigning leadership roles to the faithful instead of rejoicing in what God is doing -- serving the faithful with His gifts in the means of grace through the servant leadership of the pastor.

I heard a pastor once say that in modern pop worship every part of the body of Christ wants to be a mouth.

I suppose we often make simple things too elaborate. The Liturgy should be a participatory worship with clerical and congregational participation, the object being to empty ourselves of self absorption and focus on the Lord. But we often add ceremonial baggage and the extra things which bring the focus away from God and we shine the light on ourselves. This should not be.