Problems with the Psalms. . . 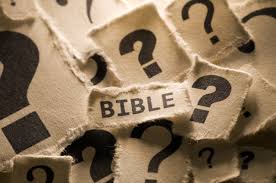 A friend sent me some notes on the redone Breviary (Liturgy of the Hours) and specifically about its abbreviation of the body of the Psalms and its excising of certain problematic verses of Psalms.  Now none of this happened recently and most of it began a lifetime ago.  All this is of great interest to the priests who are expected to pray the Breviary daily.  But what does it say about us and how comfortable we are with the words of God?

Check below to see what was omitted:

Not being Roman Catholic, I did not know of the omission.  Nevertheless, being Lutheran I am fully aware of the editing of lessons and the questionable criteria used by those who oversee lectionary revision (mostly the RCL).  In an effort to avoid unpleasant words from God, we simply remove those sections from the readings appointed for the day.  It is not a new practice, by any means, but it illustrates the lengths we will go to escape problematic words spoken by the Lord through His apostles and prophets.  They may be "God-breathed" but that is not enough to prevent us from editing the Lord.

Whether the Psalms or the Prophets or the Gospels or other books of the Bible, the problem lies not with God and His Word but with our own sinful hearts and our refusal to be subject to the truth (that is, to a truth not sifted through the politically correct ideas of what is acceptable to our apparently weak and fragile egos and sensibilities.

The real problem . . . is not with the psalm, but with ourselves. We modern Christians are far too disposed to establish our personal sentiments, our own spontaneous feelings, as the standard for our prayer. Thus, if the words of a particular prayer (in this case, a psalm inspired by the Holy Spirit) express emotions and responses with which we do not “feel” comfortable, we tend to think that we are being insincere in praying it. Contemporary Christians have made a virtual fetish of spontaneity in worship, and sincerity nowadays is measured by pulse rhythm. One would think that our Lord had said: “I have come that you may have sincere and heartfelt emotions, and have them more abundantly.”
It is a big mistake to adopt this attitude, for it places even the authority of God’s inspired Word under the tribunal of our subjective sentiments. Is it not obvious that to set up our own feelings as the measure of our worship is utterly arrogant? The proper standard for the worship of God is already established in His unfailing Word, and no one will pray as he should unless he submits his prayer entirely to the authority of that Word. Otherwise there is a real danger that our worship will express only the unredeemed sentiments of unrepentant hearts.
If we are going to pray as Christians, it is essential that we submit ourselves unreservedly to the authority of the Holy Spirit who speaks in the inspired words of the psalms. In the present case, this will likely mean ignoring our feelings on the matter and going on to understand exactly what this psalm does, in fact, say.  (Christ in the Psalms [Ben Lomond, CA: Conciliar Press, 2000], 215)

The pagan nations around OT Israel sacrificed children. I have no problem with the precatory psalms.

Did you consider picking the most recommended Bitcoin exchange service - YoBit.