The mystery that is Lutheranism. . . 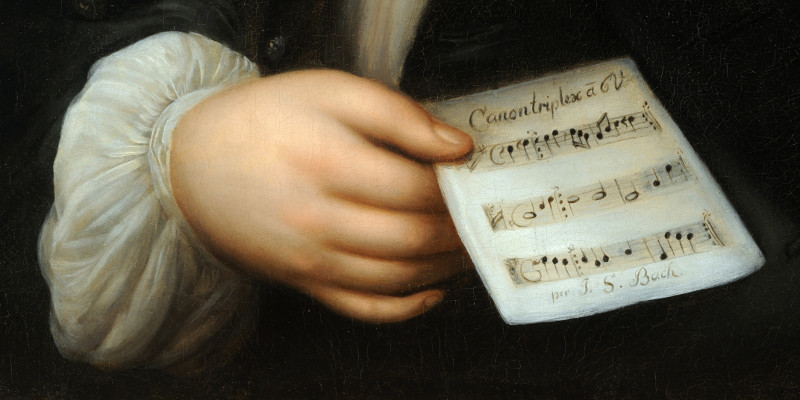 Opening my issue of Cross Accent I found an article by Markus Rathey on Luther.  His is one of many articles re-examining Luther.  On the one hand, I am thankful for the renewed interest in Luther.  On the other hand, part of me wonders if this is not some renewed attempt to muddy what we have known.  For example, Rathey, with whom I have emailed, insists that we know little about Bach's personal piety and not much about the Lutheranism in which he was raised or in which his musical career flourished.  He is dismissive of previous works on Bach that have spoken of his Lutheran faith and how that faith is revealed in his work.

I wrote to him regarding his belief "that we do not know much about Bach's personal piety":  Surely this is in jest since the piety of J. S. Bach has been thoroughly investigated and described on the basis of his work and his own personal Bible (in the library of Concordia Seminary, St. Louis) and has been one of the subjects of many books (including but not limited to the Robin Leaver books cited in the notes to the article and Bach Among the Theologians (Pelikan), JS Bach and the Liturgical Life in Leipzig (Stiller), Bach – the Music of the Castle of Heaven (Gardiner), Bach (Boyd), and Bach in Koethen (Smend) in my own meager library alone plus so many articles in professional literature that it makes such a statement more than careless but reckless and untrue.
Rathey was undeterred.  He does not believe Bach's personal study Bible, housed in the Concordia Seminary Library in St. Louis, offers that much help in the pursuit of Bach's personal piety.  He responded:


As you point out, we have several sources that can provide some insight into Bach's piety: his personal bible, as well as his theological library, and his works. What we do not have are any personal letters by Bach in which he expresses details of his own piety. Bach's library is only of limited help because we do not know with which of the books he agreed and how/why he acquired the books.

This leaves his bible as primary source. The bible, which he probably acquired in 1733, contains interesting comments in the margins and some underlined verses. The marginal comments and underlined verses reflect a particular interest in certain theological topics but they are not enough to really reconstruct a theological profile of Bach's religious convictions. Please don't get me wrong, I am sure that Bach was a pious person and that his own piety stood in the tradition of Luther's theology; however, as I demonstrate in my article, Luther's theology had undergone transformations in the 200 years between Luther and Bach. Different theological school were competing and even someone who identified as "Lutheran" could hold very diverse views on specific theological questions. The two major camps in Bach's time were Lutheran Orthodoxy  and Pietism. Different Bach scholars have identified Bach sometimes with the one camp, sometimes with the other. I see Bach closer to orthodox Lutheran theology but we don't have indisputable proof for this view (what makes this so difficult is the fact that even the pietist movement in the 17th/18th centuries developed and flourished within the Lutheran church).   Some of the scholars in the past have been too optimistic in their attempts at reconstructing Bach's religious convictions.


It is my contention that the issues at work are several.  One may be the need to review scholarship and make new what is familiar.  It is the familiar academic skepticism about what has been known before and what can be known today.  I understand that.  The other, I believe, represents a thoroughgoing unfamiliarity with Lutheranism.  Lutheranism remains an enigma to Bach interpreters and to people in general.  Alex Ross, music critic for The New Yorker wrote an extensive piece on Bach and the impact of his theology upon his music.  Again, he is attempting to go beyond what has been said in the past.  I remain encouraged by this renewed interest in Bach, especially in Bach's faith, but I must confess that one the hurdles the Bach biographers and interpreters must pass over is a significant lack of knowledge about Lutheranism in general and, specifically, Lutheran history.

While this unfamiliarity with Lutheranism is certainly true of those outside of Lutheranism, it is no less a problem for Lutherans looking at themselves.  I maintain that Bach's Lutheran faith and piety are not such a mystery but are are fairly well revealed by a look at the liturgical life of the cities and churches where Bach lived and served.  He had his problems with employers and job descriptions, to be sure, but we know the context in which Bach worked, the life of the parishes Bach served, and the character of His music stands for itself.

I also maintain that there is an agenda in muddying the rather clear waters through which we see Bach and ourselves.  Ours is an age which delights in ambiguity but Bach lived in a era in which revelation, truth, and doctrine were anything but ambiguous.  We tend to impose upon our confessional documents the same sort of skepticism we impose upon Bach and His Lutheranism.  We presume our own modern hesitance and uncertainty upon the past.  More than this, we also try to read in the current projects of social advocacy upon the past.  In this regard, Ross attempts to explore Bach's antisemitism -- giving some credibility to a charge of Bach's prejudice as if he were a bigot who had it in for the Jews (just like the way we want to pin the sins of the Nazi's upon Luther).

Instead of these, what this ought to be is an occasion for Lutherans to speak more clearly, to address the Lutheran distinctives of Law and Gospel, Word and Sacrament, the theology of glory and of the cross, etc... What we ought to be doing is addressing the curious with more than our own version of skepticism and with confidence proclaiming what we believe, teach, and confess.  Perhaps this newfound interest in Bach's piety and faith could become an opportunity for Lutherans to get together on the same page, to address a curious world with who we Lutherans are and what we believe, and show forth this renewed Lutheran faith and piety before the world.  Or would that be too much to expect?  In the meantime I can sit and lament that Bach's faith is treated as a curiosity, Lutheranism is a mystery, and Lutherans an oddity.
Posted by Pastor Peters at 6:00 AM

Quoted from the web address above:
he book that perhaps reveals more of Bach than any other can be found at the Concordia Seminary, in St. Louis. By chance, that organization came into possession of Bach’s copy of Abraham Calov’s three-volume edition of the Bible, which contains Luther’s translation of the Bible alongside commentaries by Luther and Calov. Bach made notes in it and, in 1733, signed his name on the title page of each volume. The marginalia establish the fervor of his belief: no Sunday Christian could have made such acute observations. Bach singles out passages describing music as a vessel of divinity: in one note, he observes that music was “especially ordered by God’s spirit through David,” and in another he writes, “With devotional music, God is always present in his grace.” The annotations also seem to reveal some soul-searching.

Critics and skeptics will come out of the woodwork to use the occasion of the 500th Anniversary of the Reformation to unload on Luther. This year will be a mixed bag of blessing and reviling of our Lutheran heritage. While Pastor Peters takes note of the ambiguity cast like a pall over Lutheran history, I have noticed latter day ‘splaners “”clarify”” both our history and our doctrine as with 20-20 vision. There is a sense, counterintuitive though it be, that the farther away one gets from an event in time and space the clearer it becomes. Take for example the words of an early Lutheran publication, Lutheran Observer, edited by Benjamin Kurtz: "The Fathers – who are the 'Fathers'? They are the children; they lived in the infancy of the Church, in the early dawn of the Gospel-day.... We are three hundred years older than Luther and his noble coadjutors and eighteen hundred years older than the primitives; theirs was the age of infancy and adolescence, and ours [is] that of full-grown adult manhood. They were the children; we are the fathers; the tables are turned."
Whatever happened to the journalistic axiom that proximity to the event in question, whether the Incarnation or the Reformation, is more advantageous than being remote in time and distance? Are we so enlightened now that history can be ignored as the work of primitives?

Worship is prayer put to song.

Larry-
I guess this is one of the times where I'm glad to be a simply country preacher. I'm supposed accept the notions of this particular scholar that the actual work of JSB gives no insight to His faith or piety? Please.

Thanks for the post and as always for striving for the true and the beautiful.
BB+