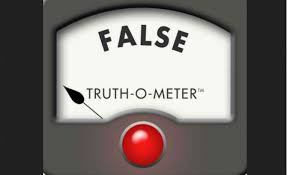 We live in an age in which it often seems there is more compassion for the perpetrator of crime than his or her victim.  Watch on TV how quickly big name attorneys stand in line to defend those charged with heinous crimes -- all in the name of making sure the defendant gets a fair trial (at least that is often what they say).

Defense often lies in assigning more blame or responsibility on others.  The defendant grew up in a dysfunctional family or was labelled a trouble maker at school or had a learning disability or did not have an education or could not find a decent job.  The list goes on.  Society failed him or her (along with family, friends, and neighbors). Every terrorist has the previous life investigated to see why and how the individual was "radicalized" and then to lay blame not upon the terrorist but upon those who failed him or her while growing up.

But there is such a thing as false compassion.  Mother Angelica, the iconic founder of the Eternal Word Network, once said that “the reigning sin of our time” was “misguided compassion.”  Before Mother Angelica, C. S. Lewis called it “smother love.”  In The Great Divorce, he told the story of a mother who preferred to spend eternity in hell (with her heaven-bound son), rather than to give him up and her control over him.  This is exactly the story of a mother who loved her children so much she murdered them to prevent them from disappointment or suffering or being taken from her.  Yet the compassion of society goes to the mother and her children have their victimhood stripped from them as again society and family is blamed for creating the cause of this mother's psychosis.  Or read the circumstances of a school gang rape in Sweden and the perspective given to the rapists who, according to the authorities, are also victims.

G. K. Chesterton also wrote of this kind of false compassion which “tends to regard, or rather to disregard, the formal and legal rights of the citizen.”  Again, the compassion is reserved for the one who violates the law over the one who keeps it and over the victims who suffer because the law was broken.  Chesterton also warned of a future society in which “there shall be no more laws or liberties … than there are in a nursery.”  In such a society, the government would “not really regard men as citizens but as children.”  So the role of government is to act as the fawning mother claiming to “love all mankind; but she does not respect it.”  Have we not seen this take place?  Think here of the lawsuits entered by those who failed to follow rules or exercise prudence in everything from handling hot coffee to ascending a ladder.  According to Chesterton, “[I]t is certain that under this softening influence government of the people, by the people, for the people, will most assuredly perish from the earth.”

False compassion says abortion is more moral than a life unwanted, death more compassionate than a life not well-lived, and violence not too strong a response to injustice.  We have spent more and more time and money and energy trying to deal with the consequences of fallen human behavior by assigning the blame and responsibility on those who went before but, in the meantime, the behavior has just gotten worse and worse.  We are so shocked by the news that we refuse to acknowledge such things can really happen and yet we cannot steal our eyes away from the violence, brutality, and vulgarity of it all.  There must be a government solution, we think, but how can there be a state solution to the problems inherent in the sinful self?

Along the way, we have fostered a sense of superiority over those who went before us.  We are so much more enlightened than our prudish, primitive, simplistic, superstitious, ignorant, and uncompassionate  parents.  We know better.  Rules are less important than freedom, the guilty first a victim, and the blame less important than caring.  But all the while such false compassion is not helping but harming.  Maybe we ought to consider returning to the old morality we assigned as the original cause. Perhaps it’s time to remember the wisdom of Scripture enfleshed in us in our conscience -- the tired old but true wisdom that says that life just isn’t easy or fair.  Perhaps it is time to remember that the path to Heaven is a narrow path but the road to perdition is a wide boulevard.

The Law was given to protect us as well as show us our sin.  It cannot protect us if we deny its ability to call out sin and choose to band-aid over it a false compassion that deny blame or responsibility.  Jesus statement is no less shocking today than it was when the Pharisees first heard it -- the evil you need to worry about is not the one that comes from outside but the evil that wells up from within!

Here is something I watched growing up. . . old fashioned and out of step with modern ideas but no less true today than when it was said:

"False compassion says abortion is more moral than a life unwanted, death more compassionate than a life not well-lived, and violence not too strong a response to injustice."
Herein lies the rest of the lesson - and but by the grace of God this puts me on my knees.