A Reunion and A Remembrance 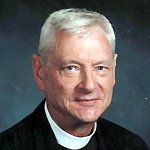 While at Concordia Theological Seminary and after the Baccalaureate where I preached, I met again after many years, Barbara Marquart Johnston (wife of the now sainted Kurt Marquart, Barbara remarried and I sadly cannot recall her husband's name, forgive me).   The Rev. Kurt Marquart played a profound role in my education and formation as a pastor.  He came to Concordia Theological Seminary in 1975 after many years of service in Australia. In 1961 he became the pastor of Redeemer and Good Shepherd congregations, Toowoomba, Queensland, Australia. Dr. Marquart was a member of the Lutheran Church of Australia's Commission on Theology and Inter-Church Relations, the Queensland District Church Council, and Concordia College (Toowoomba) Council.  Though born in Estonia, anyone who heard him speak, knew the impact of his service in Australia.  And that is part of my point.

Though the Lutheran Church in Australia is small by many standards, it has had a large and profound impact upon Lutheranism and the Missouri Synod, in particular.  Hermann Sasse spent a good deal of his life in Australia and his contributions to Lutheranism in general and the LCMS are very significant.  The LCA has given us such eloquent and faithful teachers as Dr. John Kleinig (whose new commentary on Hebrews has just been released to join his Leviticus volume also published by CPH).  With him are included the likes of Gregory Lockwood (who did the First Corinthians CPH commentary).  Add to it such figures as Michael Lockwood and Andrew Pfeiffer, to name but a few.  They are all well published in scholarly journals.  My point is that we are deeply connected in heart with the LCA and deeply indebted to them for the many faithful confessional Lutheran pastors and teachers who have touched our own lives in the LCMS and throughout the world.

So it matters greatly how things are going down under, so to speak.  It matters greatly to the LCMS how the LCA deals with the issue of the ordination of women.  It matters greatly to the LCMS and to the cause of confessional Lutheranism at large how the LCA both approaches the issues of sexuality and the decisions of the LCA in dealing with such issues that all Lutherans face.  We do not do so in isolation from each other and our witness is strengthened by our common confession of the truth that does not waver.  So before you dismiss the LCA, think of those whose lives were shaped by service there, the great teachers who called the LCA home, and those whose faithfulness and scholarship have touched us in so many different ways.  Pray for a God-pleasing solution, for a faithful decision, and for the cause of a vibrant and confessional Lutheran witness in Australia!
Posted by Pastor Peters at 6:00 AM

I feel compassion for the LCA. IN the past I think it was a huge mistake to merge the two Lutheran bodies down under. Hindsight is 20/20, but the LCMS was fortunate to NOT join the LCA and ALC here. So we must now deal with the present reality, which can be a great opportunity to educate many within of the great Biblical truths. May the Holy Spirit continue to guide the steadfast.

Because lately there is buzz about Concordia-Portland. And I do not wish to divest that campus. We just got some diversity in that they launched a subsidiary in Idaho for students to pursue a law degree. Shame to let the liberals muck things up so bad that we give up on treasures, abandoning a beacon of hope to our students and areas where Lutheran and even Christianity are under harsh Satanic attacks.

We should pray for our sister church in Australia. May she stay in the Light of Christ.

"Pray for a God-pleasing solution, for a faithful decision, and for the cause of a vibrant and confessional Lutheran witness in Australia!"

Pray for a miracle, because it's needed.

• The LCA is headed by a pro-pastrix, anti-Lutheran Bishop John Henderson, elected in 2013.

• The LCA is not in altar and pulpit fellowship with the LCA. When publicly asked, "Had they decided to ordain women what would that have done to any hope of pursuing real fellowship—real unity—with that Australian Lutheran Church?", LCMS President Matt Harrison said, "It would be over!"

That should be "The LCA is not in altar and pulpit fellowship with the LCMS."