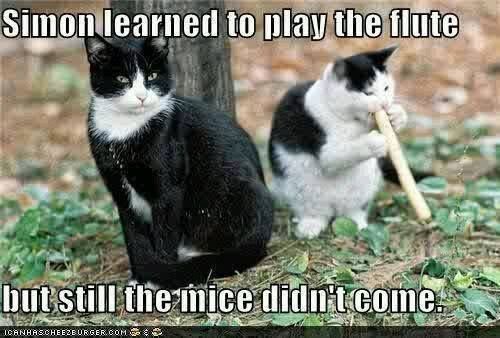 From a National Catholic Reporter critique of Cardinal Sarah (and, by extension, Benedict XVI):


My problem with those who favor the traditional worship of the church is not their taste, it is that they twist that taste into an ideological framework.

That is, in a nutshell, the point.  It is NOT about taste, has never been about taste, and will not be about taste in the future.  The cause of worship and liturgy has nothing to do with high brow or low brow, high culture or low culture, traditional or contemporary.  It has everything to do with worship that is consistent what we believe, confess, and teach.  What is sad is that Rome does not get it and so in Rome there still those trying to frame their worship wars into culture wars.  What is even sadder is that Lutherans are mired in the same darn rut -- as if we are also fighting a battle of taste or preference instead of fighting for the heart and soul of the faith and our confessional identity.

Traditionalists (not my term but the one everyone seems to be using) are not trying to wrap their taste into an ideological framework, it is already about ideology, identity, theology, and confession.  What the trads are trying to do is UNWRAP the whole war from the false framework of personal preference and taste.  It never was about guitars or pipe organs, chanting or speaking, vestments or suits, casual or formal, or anything else.  It was and always has been about WHO WE ARE and what we confess.

Our Lutheran Confessions were not merely describing who we were, they were addressing who we were, are, and, in their minds, should always be.  We have not abolished the mass, we have not abandoned ceremony, we have not departed from catholic doctrine and practice, and we have not introduced novelty or been creative with the tradition handed down to us.  We confess that we have been faithful, that this faithfulness required us to agitate for reform in the face of accretions that had obscured the Gospel and turned the hearts of the faithful from God's sufficient grace in Christ to the fragile hope of works that might be good enough.  We confess that this faith, the one we confess, is and will always be (not that a Lutheran Church is, was, and ever shall be).  We confess that to depart from this faith and practice is to surrender Christ and His atoning work AND that to make this practice into a work required for salvation is also a surrender of Christ's atoning work.  Freedom is not freedom without boundary but freedom FOR that which is faithful, authentic, and consistent with what we believe, confess, and teach.

Ooooooh does this get my goat!  Lutherans were slow to change the liturgy because they knew it had confessional implications and the changes they made were hardly noticeable to those in the pews (except for the sermon, of course, and hymnody).  But modern day Lutherans have forgotten it all and passed our confessional identity off as merely a statement for that moment in time with no lasting consequences or implications for us today.  It is the tyranny of the spiritual but not religious but it is framed as freedom (spirit) from the letter (law).  Furthermore, it is the false understanding of what we inherited (usually called "German" and not catholic) and a false understanding of faithfulness (we are good to go as long we keep the doctrine in theory but practice what we want or think works).

Worship wars are not fought over guitar strings or praise bands.  They are fought over doctrine, confession, and identity.  What is a Lutheran and how does a Lutheran worship?  (BTW that is not a question you or I get to answer but one our Confessions answer for us.)  This whole thing is not about who we want to be or how we can pack them in but about who we are.  This identity is framed not simply in theory (doctrine) but also in practice that flows from and is consistent with what we believe.
Posted by Pastor Peters at 6:00 AM

Amen. One vote for the truth about the worship wars. It's about confession, not taste.

The LC-MS is fractured by those who would self-impose a Babylonia captivity on the rest of us.

You cannot be deprived of the benefit of a doctrine that you practice.

I think we tend to forget that art and music are mirrors. They are a reflection of who we are. It is not insignificant and is not merely a matter of taste. What are we trying to accomplish? Is it about ourselves? Or are we part of a larger picture outside of ourselves? I can enjoy all kinds of music and art on an individual level. My husband and I have completely different taste in music, but when we worship we unite in the common confession of the historic church. To say that we can worship in many different ways misses the point. We sacrifice our unity for personal preference.