Luther and the Ordination of Women. . . 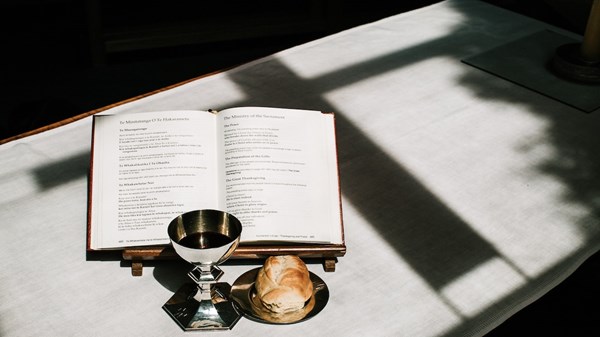 Who said women's ordination was  not addressed at the time of the Reformation?  From the Rev. Greg Lockwood, a pastor, teacher, and exegete from the Lutheran Church in Australia:

Some years ago a pastor at an SA District Pastors’ Conference stated that Martin Luther never addressed the issue of women’s ordination. His comment (or was it a question?) went unanswered at the time.

Of course, Luther’s opinions do not serve as our final authority. Until now, Australian Lutherans have agreed that ‘the Word of God shall establish articles of faith and no one else, not even an angel’ (Luther, Smalcald Articles, Book of Concord, Tappert edition, 295). But to ward off unwarranted appeals to the Reformer, the following passages should be noted:

1)    In his great treatise ‘On the Councils and the Church’ (1539) Luther sets out seven external marks of the church. He has this to say about the fifth mark, ‘the fact that the church consecrates or calls ministers, or has offices that it is to administer’. After a wonderful paragraph in which he quotes Ephesians 4:8-11 (‘he gave apostles, prophets, evangelists, pastors and teachers’) and speaks of the need to entrust the pastoral ministry to one person, he goes on:

It is, however, true that the Holy Spirit has excepted women, children, and incompetent people from this function, but chooses (except in emergencies) only competent males to fill this office, as one reads here and there in the epistles of St. Paul that a bishop must be pious, able to teach, and the husband of one wife – and in 1 Corinthians 14:34 he says, ‘The women should keep silence in the churches’. In summary, it must be a competent and chosen man. Children, women, and other persons are not qualified for this office, even though they are able to hear God’s word, to receive baptism, the sacrament, absolution, and are also true, holy Christians, as St. Peter says (1 Pet 3:7 – Luther’s Works, American Edition 41:154, 155).

Those who claim the women’s ordination issue is merely a matter of pastoral practice, not church doctrine, should take note of where the above paragraph is located. Luther’s comments form a sub-section of his treatment of the fifth essential mark of the church, its consecration and calling of pastors. This fifth mark follows other weighty topics of Christian teaching: ‘possession of the holy word of God’, ‘the holy sacrament of baptism’, ‘the holy sacrament of the altar’, and ‘the office of the keys exercised publicly’.

2)    The second place is the Reformer’s treatise on ‘Infiltrating and Clandestine Preachers’ from 1532, where his discussion runs through several pages (LW 40:388-391). Here Luther discusses in detail the role of women prophets in both the Old and the New Testaments (390). Nonetheless, he goes on to say:
But in the New Testament the Holy Spirit, speaking through St. Paul, ordained that women should be silent in the churches and assemblies (1 Cor 14:34), and said that this is the Lord’s commandment. Yet he knew that previously Joel (2:28,29) had proclaimed that God would pour out his Spirit also on handmaidens. Furthermore, the four daughters of Philip prophesied (Acts 21:9). But in the congregations or churches where there is a ministry women are to be silent and not preach (1 Timothy 2:12). Otherwise they may pray, sing, praise, and say ‘Amen’, and read at home, teach each other, exhort, comfort and interpret the Scriptures as best they can (LW 40:390, 391).

The four daughters of Philip were prophetesses. A woman can do this – not preach in public, but console and teach – a woman can do this just as much as a man.  There are certainly women and girls who are able to comfort others and teach true words, that is to say, who can explain Scripture and teach and console other people…this all counts as prophesying, not preaching (Sermon on Joel 2:28 (1531) Weimar Ausgabe [Weimar Edition] XXXIV, p 483).

For Luther, God’s will regarding women’s ordination is made crystal clear in the Scriptures. If it was so clear to him and to the Christian church through nearly two millennia, we may well ask: Why is it now widely claimed that these passages are unclear?