According to Michael Marissen, Bach is more religious than anyone currently thinks.  He points out the avant garde theory that Bach was really not all that Lutheran, not all that religious, and, in fact, a rather modern fellow whose semi-scientific view of the world was more like our own progressive perspective than anything in his own time.  They paint Bach as hypocrite who took the payment of the church to produce religious works but Bach had little personal stake in it all.  It is the typical pattern of modernity in search of those who mirror the skepticism of this day and the disdain for religion that believes in the miraculous, or worse, sin that must be atoned. 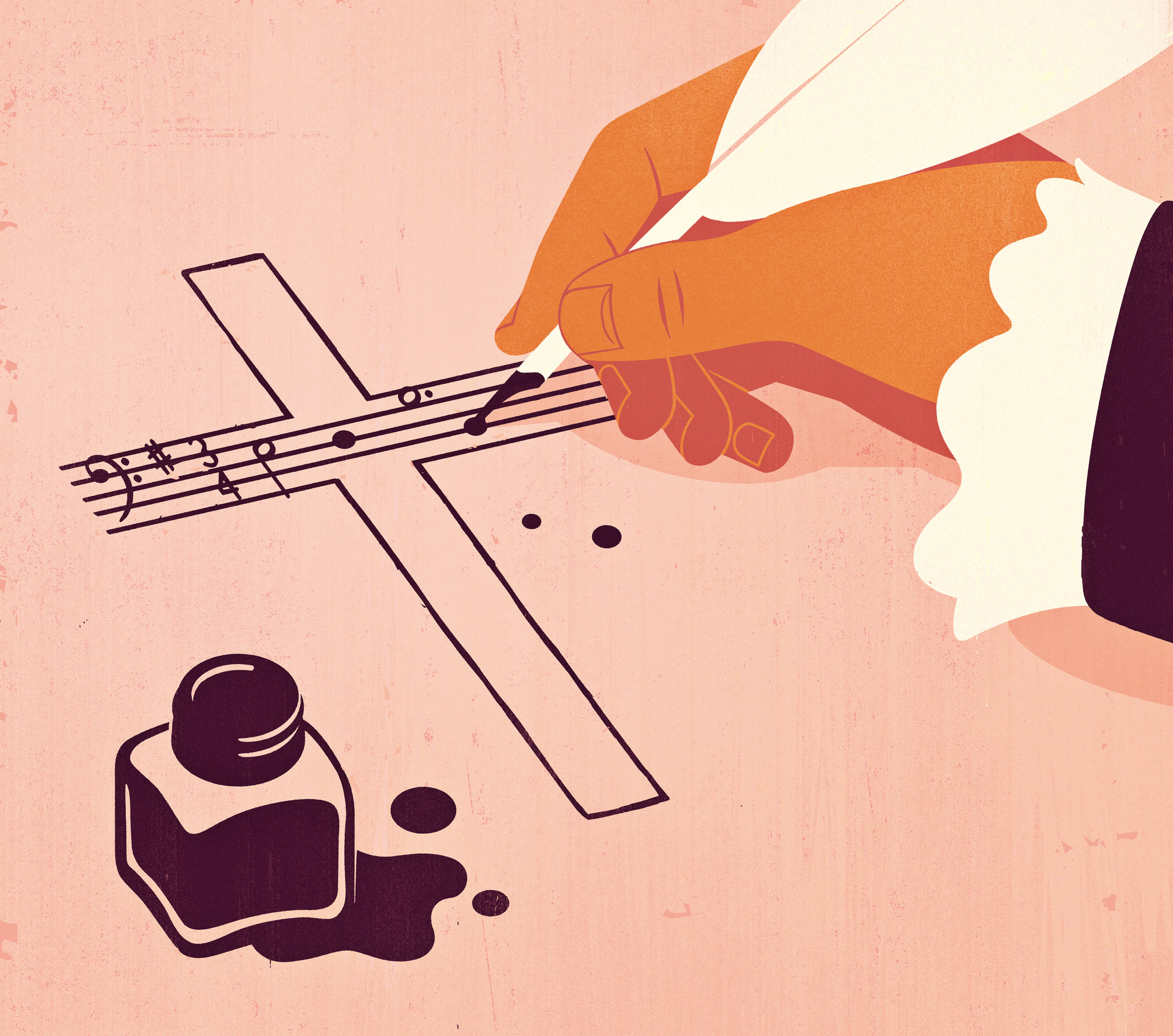 A year ago or so I opined on this very blog about an article in a presumably Lutheran journal of theology and music which suggested we know little about Bach's faith.  How can anyone make such a statement?!  In the face of so many authors and so much evidence to testify to the faith of Bach, only blindness can cause people to refuse to see what is there.  We have, after all, Bach's very own personal study Bible, an edition of Abraham Calov signed and dated JS Bach 1733.  It is replete with notes in His own hand - few of which concern music and most of which concern the faith itself.

Bach is no Pietist either.  He is not concerned with mere practical living out of the faith but its doctrine.  Biblical revelation over reason, dependence upon God alone, disdain for religions that preach another Gospel, confidence in Lutheranism (faith and especially the Divine Service), and the majesty of God supremely displayed in His saving grace in Christ.

In the end, I am not the one vindicated but Bach himself.  He is a faithful and pious Christian, a devout Lutheran, one who does not put words to notes but who uses music to support the Word of the Lord that endures forever.  What Bach believed is perfectly obvious to everyone -- except those who refuse to see.  And therein lies the problem.  We not only try to make God into our image.  We also try to review the major figures of the past to endow them with our own faults and foibles and to paint those for whom we feel some affection with the color of our own modernity.  It is fake history, purely speculative, and ultimately exposes our own foolish self-centeredness.
Posted by Pastor Peters at 6:00 AM

The referenced blog article is the February 24, 2017, Pastoral Meanderings article, "The mystery that is Lutheranism. . .."

"At the conclusion of the final selection, one of the Cantate, I felt -- not through reasoning, but in the depths of my heart -- that what I had just heard had spoken truth to me, truth about the supreme composer, and it moved me to give thanks to God. Seated next to me was the Lutheran bishop of Munich. I spontaneously said to him: "Whoever has listened to this understands that faith is true" -- and the beauty that irresistibly expresses the presence of God's truth.” Josef Ratzinger/2011