Looking through the binoculars the wrong way. . . 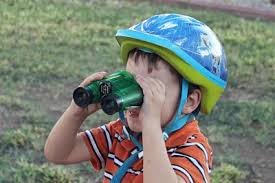 Father Maurizio Chiodi, a member of the Pontifical Academy for Life, recently gave a speech at the Jesuit-run Gregorian University in Rome defending the use of contraception. Father Chiodi’s address, entitled “Rereading Humanae Vitae in the Light of Amoris Laetitia,” was given at a conference dedicated to the 50th anniversary of the publication of Humanae Vitae (The Regulation of Birth).  Pope Francis established a new birth-control commission on the 50th anniversary of Humanae Vitae with the charge is to “reinterpret” the encyclical’s teaching “in the light of Amoris Laetitia.” Heading the four-man commission is Msgr. Gilfredo Marengo, a bitter critic of Paul VI’s great encyclical. In 2015, in the magazine Vatican Insider, Msgr. Marengo suggested “abandoning a conception of doctrinal patrimony of the Church as a closed system, impermeable to questions and provocations of the here and now.”

So what does this mean for Lutherans?  Well, maybe not much to some but it signals an interesting change in perspective.  It is a decidedly modern change that will surely be tempting to Lutherans and may already be at work among Lutherans.  Normally, the Church reads modern day theological statements through the lens of past doctrinal statements.  So, in the ordinary manner of things, Amoris Laetitia would be read through the lens of Humanae Vitae and not the other way around.  But, apparently, the Pope's charge is to do the opposite -- to make his own statement, Amoris Laetitia, the lens through which the past statement(s), including Humanae Vitae should be read.  This is no small change.

For Missouri Synod Lutherans it would mean reading, say, the Brief Statement as the primary document and the Augsburg Confession as the document which must be read in light of the later statement.  In fact, this has been a tension at work in constitutional law in the US for some time.  We have learned, in particular since 1973 and Roe v Wade, to read back into the constitution rights and perspectives never intended by the framers.  Of course, that is a whole other discussion but it does illustrate what happens when we read from the perspective of today back into the seminal documents of the past.

I will admit that I have great concern for this modern idea of reading into the past the perspective of the present.  It is fraught with danger and it means that nothing is really ever said but is, rather, a conversation evolving.  It means that words do not have consistent meaning, either, but can be said to have meant something different simply because we have chosen to read them differently in the moment.

It is surely at odds with the way the Church has defined doctrinal development as the development of its expression and practice rather than the doctrines themselves evolving or changing from one thing into another.  Of course, there have been things said or commonly believed that were wrong and should be labeled as being error.  This, however, is an easy way around that as well.  Instead of admitting error, we simply redefine the past in terms of the present and so we may have thought we were wrong but now we see we were not really wrong at all.  Think of the danger to the unchanging confession of Christ that might be possible if this perspective were liberally applied to everything from creed to confession.  But then look at what we have done to remove what we consider today prejudice from the Scriptures?  Think how the Word of  God will end up meaning whatever we choose it to mean if we can read back into it the so-called enlightenment of thinking, social justice, or gender issues of this present moment.  Is there any way to do this without surrendering the Word of the Lord that endures forever to the words of man that mean what we say they mean?