Who reads the newspapers anymore. . . 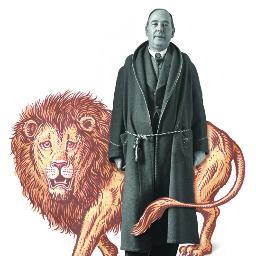 It has been said that C. S. Lewis never read newspapers. Perhaps he was prescient since people have been predicting the death of the newspaper for some time.  In my own city, it was accomplish years ago and the paper produced serves as little more than a conveyor of advertising (which may have become the primary purpose for newspapers although I, for one, regret it). Lewis suffered the consequences of his lack of information—he somehow had the idea that the Yugoslav dictator Tito was King of Greece—he did not feel that news was essential to his intellectual and spiritual health. As one author put it, Lewis believed that if something really important happened, somebody would tell him about it.  Given what is in the media these days, I feel more sympathetic for Lewis' belief and practice in this regard than I once was.


The real danger to the media today is that our people tend to be much better informed about what is in the news (at least what the media have chosen to cover and how they cover it) than the substance of what informs their values and shapes their beliefs.  So it does not take very long before people who sit in church every Sunday to begin to wonder why not gay marriage (it begs the question of equality) and why not save the earth (as much a cause for the Gospel as forgiving sins) and why not adopt tolerance as the primary Christian virtue (over mercy which calls a sin a sin but covers the sin with righteousness and pays its price).  The real danger is not simply the media but the fact that our people struggle to know why we do not sanction gay marriage or why we do not follow the liberal social agenda with regard to gender issues or why saving the earth is not the equivalent of saving the soul.  The danger is not the media but the media alone, its comprehensive and all consuming presence, against the backdrop of a people who have long ago forgotten the Catechism and are not sure anyone really knows what the Bible says except in the form of an opinion or guess.  That is the danger.

C. S. Lewis did not know what was in the newspaper but he did know the Christian faith.  He knew it from the inside out.  He knew it well enough to write of it while writing some of the most compelling stories of the modern age (The Chronicles of Narnia).  He knew it not simply as fact but as living voice, not simply as truth but as truth that forms and shapes, and not simply as right and wrong but as the Gospel that saves.  There may have been issues with Lewis on one point or another but by and large his is an authentic voice of Christianity against the background of a already secularized culture and media.  Our world has radically transformed both its estimation of truth and virtue and the way we view the Scriptures and the Christian tradition.  The argument is even more compelling for us today.  We cannot allow our world view or our moral compass to be charted by the media, not by any media, nor can we endure living in ignorance of what the Scriptures say and the Christian tradition has passed down to us.
Posted by Pastor Peters at 6:00 AM

"Everything you read in newspapers is absolutely true, except for that rare story of which you happen to have first-hand knowledge" -- Erwin Knoll

“Newspapers are unable, seemingly to discriminate between a bicycle accident and the collapse of civilization” -- George Bernard Shaw

"Accuracy to a newspaper is what virtue is to a lady; but a newspaper can always print a retraction.” -- Adlai E. Stevenson

"The daily newspapers were the stuff in which I used to wrap my garbage.
Now it is my garbage." - Norman Liebmann

You see misspellings in TV channel websites. You see stories on major news outlets that are just put together, and more opinion than news. A lot of journalism is third-rate these days. Edward R. Murrow is spinning in his grave.

People need to learn again the value of objective thinking, which even among Christians is a lost art. Our media loves to cheer lead for left wing causes and has perfected the art of influencing instead of informing.

But whose fault is that if pew sitting people seldom if ever read their bible?

At least we can count on FOX for fair and balanced news. They inform instead of influence.