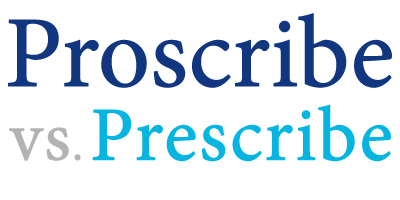 Over and over again the most profound challenges to orthodox Christianity have come not from the imposition of what must be believed but what must not be believed, or at least what cannot be tolerated.  We have witnessed the narrowing of the right of religious freedom to the freedom to worship and we have seen the court of public opinion, sometimes governmental agency, and occasionally the judicial system place limits upon this freedom, especially when it impinges upon the freedom of others.  Hence the cases involving florists and bakers and the tension between their own religious freedom and the right of the public to purchase their services.

Canada seems to be leading the way in this method of proscribing religious liberty.  In a recent decision that has been hailed as a great triumph by gender-identity activists, the Supreme Court of Canada decided that certain religious beliefs are too onerous to be allowed, especially for the situation of a law school within a university that has a traditional code of ethics.  By a majority 7-2 decision June 15, Canada’s highest court upheld the right of two provincial law societies (somewhat akin to our own American Bar Association) to prevent graduates of a proposed law school at Trinity Western University from practicing law.  All of this was because they would be required to adhere to the private evangelical Protestant university’s code of traditional Christian sexual ethics.  This code was seen to be a violation of the rights constitutionally granted to Canadian citizens.  According to the decision, religious-freedom rights that are formally enshrined in Canadian Constitution are subordinated to the need to protect the rights of students who might seek a legal education at TWU to not be forced “to deny who they are for three years to receive a legal education.”

This decision by the court effectively means that provincial law societies can discriminate against lawyers on the basis of their religious affiliation and moral values and thus prevent them from practicing law at all.  In effect, the Supreme Court decision has placed at risk any group whose views on equality, diversity and inclusion conflict with those bestowed by the judiciary, constitution, or law. You do not have to believe as the law or court or constitution declares but your rights may be abridged because you do not.  We won't tell you what you must believe but we can prohibit what must not be believed or practiced.

Watch for this methodology to be used more and more to restrain the freedoms here, especially when free speech, freedom of religion, and individual rights conflict.  Orthodox Christian agencies dealing with everything from adoption to foster care of children as well as individuals providing services have already seen this conflict.  While some have challenged this in courts here, other agencies have simply stopped providing the services regulated by the state.
Posted by Pastor Peters at 6:00 AM

The Gottesdienst blog has been on a roll lately with their favorite topics: chasubles are mandatory for "pure Lutheranism", two articles on the confessions prescribing worship ceremonies, and the greatness of Loehe.

Briefly, the "Chorrock und schwarzen Rock" were retained by Lutherans during the Reformation after the initial tumult of the 1520s. Mass vestments (i.e. chasubles) were by no means universally retained (Brenz denounced them as "Levitical", and where they were retained was due to conservative Electors, not theologians).

The Formula of Concord quite simply recognizes liturgical diversity throughout the Lutheran churches, and declares two things:
"But as regards genuine adiaphora, or matters of indifference (as explained before), we believe, teach, and confess that such ceremonies, in and of themselves, are no worship of God..."
and
"Thus the churches will not condemn one another because of dissimilarity of ceremonies when, in Christian liberty, one has less or more of them..."

Finally, while Loehe deserves credit for liturgical renewal, weekly communion, and sending missionaries to America, he erred in denying the LCMS doctrine of Church and Office. Loehe believed ordination conferred an indelible character to the pastor, in effect reintroducing holy orders as a sacrament. Loehe also elevated the sacrament as a higher experience of grace above the preached word. Both are examples of ex opere Romanism.

In traditional Lutheranism, the church is a "mouth house" where the Holy Spirit operates through the preached word to create and sustain faith. The efficacy of the sacrament comes through this same faith, when we believe the words "given for you for the forgiveness of sins" are for us, signed and sealed by the true body and blood of Christ. The temptation for Lutherans is to go beyond the words of scripture to ascribe a higher experience of grace to the sacrament than that wrought by faith alone, which is Romanism. The LCMS is confessionally correct when her churches exalt both word and sacrament as means of grace to "strengthen and preserve you in the true faith unto life everlasting."