Lake Wobegon where art thou? 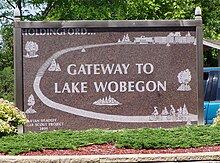 It has been a long time since Lake Wobegon had any good news and it appears it will be a long time before the prospect of any common sense prevails in the state that once was called the Lutheran Homeland in America.  The University of Minnesota has decided that failing to call people by their preferred pronoun may be an expelling offense.


Failing to refer to a gender-confused student, professor, or staffer by his or her “preferred” pronouns could become a fireable or expulsion-worthy offense at the University of Minnesota, according to proposed guidelines currently under consideration.  The administrative policy document, titled “Equity and Access: Gender Identity, Gender Expression, Names and Pronouns,” claims that individuals’ understanding of their own gender “may include female, male, transgender, genderqueer, genderfluid, gender nonconforming, Two Spirit, intersex, nonbinary, and many others.” It further claims that gender identity “cannot be observed” and “may shift over time,” and that “the only way a person can know an individual’s gender identity is when they tell you.” . . . The document also calls for allowing gender-confused individuals access to “University activities and programs consistent with their gender identities including, but not limited to, housing, restrooms, locker rooms, recreation services and activities, and camp programs.” [emphasis added]

When I was a college student, there were protests to defend the right of free speech on campuses across America but apparently that right has been abridged -- all when it comes to the ever touchy subject of sex identity and gender.

What is the most egregious part of this whole thing is the insistence that the only way a person can know an individual's gender is when they tell you.  So, instead of name that normally begins a conversation, the announcement of the gender of the moment will come first and this will be the defining characteristic of everything else -- name, personal pronoun, appearance, dress, interest, whatever.  It is one more example of the exaggerated role of desire and how this has become the only sacred truth that cannot ever be transgressed upon the soil of an institution of higher learning.  No religious truth can be allowed to stand without skeptical review but we must take a person at a . . . the person's word.  Today I am a. . . so call me. . .

Of course, the university will not be arbitrary and will hold a 30-day public comment period this fall before enacting the final version of the new rules.  Great comfort there, eh?  But Lake Wobegon has learned to be embarrassed by the U of M before.  This university is certainly no stranger to promoting political correctness and the latest left-wing ideas. Just before Christmas, faculty and staff were told not to display either religious or secular Christmas and Hanukkah on campus -- anything and everything including Santa Claus, Nativity scenes, dreidels, or menorahs. In May, the school backed down after public backlash forced them to cancel plans to teach a doctor to perform abortions and provide abortion training. . . for now.

My point, of course, is that universities have long ago surrendered their credentials as places of higher learning and adopted a single prong view of what will be taught and what will not be allowed to be taught, discussed, or spoken out loud.  At the very time when independent and religious schools are most needed, the position of most of these is financially tenuous and under threat from those who insist that government money defines the curriculum and agenda of the campus.  Think about this as you send your sons and daughters off to uni this month and pray for them!
Posted by Pastor Peters at 6:00 AM

Earlier this year President Trump used a primitive sanitation-related term in referring to various third- or fourth- or fifth-world countries.

With the PM column pointing out the forced elimination of political and cultural sanitation at the "University" of Minnesota, it could be described with the same term.

With one one or two exceptions, colleges and universities have become a complete embarrassment. They are totally committed to teaching people to follow the herd, not to think, and to be afraid. This is a gross distortion of their heritage.

I am a former college professor, but I am ashamed to admit it today. I would not be back on campus today for all the tea in china!

On a more positive note about the beginning of modern public education and the role Lutherans had in it, read the article, "Philipp Melanchthon on Reformed Education" by Riemer Faber, Professor of Classics at the University of Waterloo, Ontario, Canada (reprinted from Clarion, Vol. 47, No. 18, 1998).

The state Universities whether it is University of Illinois
or Illinois State University or whatever state your live in,....
they have been promoting atheism in their science and philosophy
classes for the past 40 years. Students who enter their freshman
year as a Christian have their faith supremely tested. Nihilism
is the goal of too many professors.

Anyone fired or expelled in violation of this invention should find a motivated Christian defense firm and begin legal proceedings forthwith and pursue it to the SCOTUS if necessary. This is another reason why it is imperative that Judge Kavanaugh be confirmed yesterday. Christ defeated sin and the devil but they don’t seem to go away but instead are crescendoing. We have the U S Constitution and so we must fight this evil within its framework in the Left-hand Kingdom The free exercise of religion should never be superseded by a concocted, imaginary entitlement. Defending religious liberty in a public forum is what we can expect:

“And when they bring you to trial and deliver you over, do not be anxious beforehand what you are to say, but say whatever is given you in that hour, for it is not you who speak, but the Holy Spirit.”
Mark 13:11

Did someone upstream mention Illinois State University? The link below is a screenshot of the ISU homepage from Summer, 2018. Parents, get your son or daughter involved in student activities such as attending a campus-sponsored drag queen show!! Behold, drag entertainer Sharon ShareAlike (shown in the picture below) would like to meet you and thanks you for your generous support. Ain't the satanic hand symbol cute? Your tuition dollars (and state tax dollars) at work:

Illinois State Whatever demonstrates that it is accurately described by President Trump's sanitation-related term. Here are some of the floaters.

Ironically, Illinois State Whatever is located in Normal [sic], IL.