An exaggerated sense of masculinity. . . 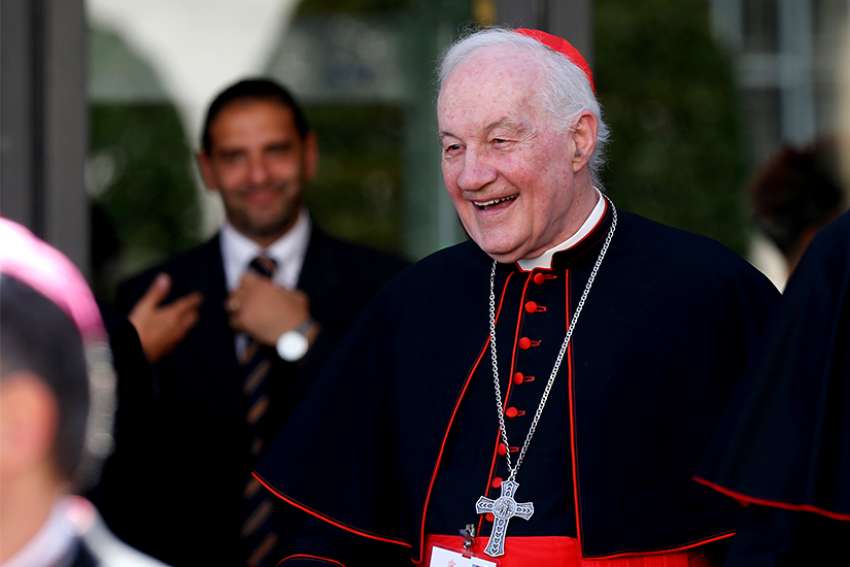 October 18, Cardinal Marc Ouellet is reported to have said that the church needs to further integrate women into ecclesial life to confront the problems of clericalism and an exaggerated sense of masculinity.  Interesting.  This Cardinal thinks that the church suffers from just the opposite malady that others have warned of -- an increasing feminization of both the church and the faith.  So Ouellet fears an exaggerated sense of masculinity -- a church with too much testosterone.

The assaults upon men and boys in a culture dominated by feminism remain controversial.  In the wake of recent events, it seems enough only to accuse men of behaving badly.  Proof is not required nor are witnesses needed.  Only the charge is enough.  Justice waived and the truth no longer subject to proof will not be a help to women or men.  In the wake of the sexual abuse scandals, the problem is not homosexuality but perhaps it is not enough women in positions of leadership -- even female priests and deacons?  Change celibacy or allow a married clergy and all the problems of male to male consensual sex or assault will end, right?  Visit any typical evangelical or Roman Catholic Church on a Sunday morning, survey the people in the pews (pardon me, theater seats) and tell me that there are too many men there.  Listen to the preaching and teaching with all of its emphasis upon experience and feeling as the decisive barometers of truth and life and tell me that the problem is really one of a rampant and out of control masculinity.  Listen to the kinds of ballads and love songs that parade as contemporary Christian music or the kinds of religious songs typically used at mass and tell me that the problem here is of a masculinity out of control.

No, I am not sure what meds the good Cardinal takes but he has a rather distorted view of things from his red seat.  To be sure, nobody needs a machismo Christianity but neither does Christian need a feminized form of its doctrine and truth.  What is needed in Rome, Wittenberg, and Geneva is a Biblical faith and church leaders whose consciences are captive to that Word of God.  We need to admit and affirm the distinction between male and female and to confess that this is not by accident but by God's design.  Only then will we begin to find an answer for the competitive position men and women see themselves in and only then will we discover the noble character of marriage, the blessing of children, and the distinct roles of both husband and wife, parent and child, that God has established not as one option but as the form of Christian character, virtue, and identity.
Posted by Pastor Peters at 6:00 AM

The RC sexual abuse scandal has its root in the homosexuality rampant throughout the clergy and entire structure of Roman leadership.

Real men do not bugger young boys and males.

And real women do not rush next door for another woman to rescue them from a home invader, either.