The Miracle of Proclamation. . . 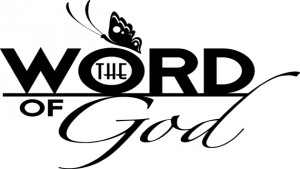 " Hear the Good News of Christ proclaimed. And know that through this proclamation God performs a great miracle: He forgives you your sins and He brings you from death to everlasting life. In Jesus’ name...Amen."

You might consider getting baptized as well. Baptism is a true miracle, that we can actually see.
George A. Marquart

Ummm wasn't he preaching to those already baptized?

Thanks for noticing.
Is that how you preach to those already baptized?