From House Party to Formal Dinner. . . 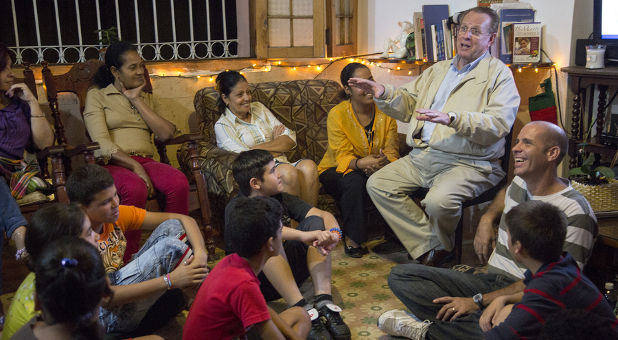 It is a common perception that the ancient church conducted the liturgy rather informally, sort of like a big family meal around a common table.  It is also part of this mythology that formalism developed later and with it such things as rubrics, vestments, form, order, and reverence.  The modern liturgical movement, at least to some extent, is responsible for this misconception.  Certainly those who formed the Novus Ordo had the idea that it was a good thing to emphasize table over altar and common life over distinctive roles of clergy and lay.  And, as we well know, when Rome catches a cold, Lutherans sneeze.  So the liturgical movement beyond Rome also proceeded with the false conclusion that the house church was a largely informal, family style affair and that reverence and awe had come later, with form and direction to unify what had been more local in style and substance.

I wish I knew whether conclusion guided study or study led to conclusions.  In this case, it seems that the conclusions were imposed upon the evidence.  While we do not have specific histories, we do have a rather complete written record.  In every case, from the Apostolic Constitutions to the Didache to the earliest Christian writers individually, the unmistakable conclusion is that order was not a late concern but one of the earliest (witness St. Paul's own liturgical directions in his epistles).  It also appears that form was not imposed upon freedom but the freedom of the early liturgy was revealed in common forms and common words that showed a profound respect for unity not only in doctrine but in practice.  Nowhere is this more true than in the shape of what has been considered the first uniquely churchly structure, the excavated 3rd century house church in Dura-Europos (located in what is now Syria).

Far from folks sitting around in a circle singing folk songs, the form of this building implies an Eastern facing posture and clearly defined roles and areas to define the solemnity of the liturgy and the Divine Service.  A document reflective of the time makes it clear what is going on in this space:


Now, in your gatherings, in the holy Church, convene yourselves modestly in places of the brethren, as you will, in a manner pleasing and ordered with care. Let the place of the priests be separated in a part of the house that faces east.  In the midst of them is placed the bishop’s chair, and with him let the priests be seated. Likewise, and in another section let the lay men be seated facing east. For thus it is proper: that the priests sit with the bishop in a part of the house to the east and after them the lay men and the lay women, and when you stand to pray, the ecclesial leaders rise first, and after them the lay men, and again, then the women. Now, you ought to face to east to pray for, as you know, scripture has it, Give praise to God who ascends above the highest heavens to the east.

And a deacon should see that each one who enters gets to his place, and that none of these sits in an inappropriate place. Likewise, the deacon ought to see that there are none who whisper or sleep or laugh or nod off.

For in the Church it is necessary to have discipline, sober vigilance, and attentive ear to the Word of the Lord.  (Look here for more. . .) 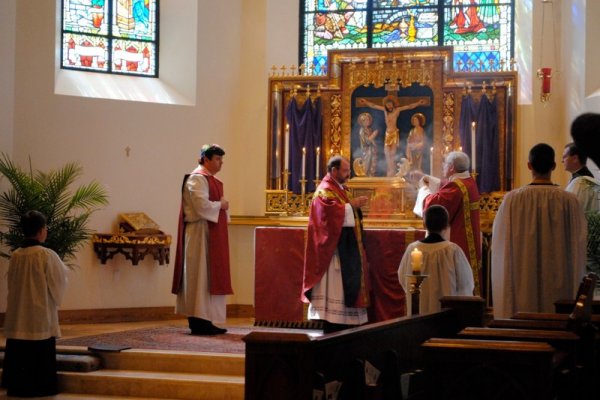 It was impossible for the ancient Church to go from the disciplined order of the Temple and
synagogue to some sort of free for all.  Indeed, St. Paul is adamant that God is a God of order and not of chaos and that disorder is an affront to God and a detriment to the life of God's people and their place as the recipients of His beneficial grace in the Word and Sacraments.  So how goofy is it that we have enshrined this false idea under the guise of liturgical scholarship and give legitimacy to what the early Church worked tirelessly to avoid!  For where there is such liturgical confusion and disorderly gatherings, the work of the Lord is overcome by the will, desire, preference, and purpose of people.  That is exactly what has happened.  Either we have dictated a clericalism in which the pastor serves as chief MC and director to bring purpose out of chaos on Sunday morning or else we have made such chaos holy and insisted this is what God wants.  How anyone can read through the Old Testament and follow the liturgical practice of Jesus Himself and come to such a conclusion is a great mystery indeed.  Order has been a primary concern, along with faithfulness, from the get go.  Once we dismiss the mythology of some camp meal around a fire while folk songs are sung, then perhaps we will begin to get back to where we need to be in a mature conversation about what the shape of that liturgy is and should be.
Posted by Pastor Peters at 6:00 AM

1 Corinthians 11 has always been puzzling. We go from "20 When you come together, it is not the Lord's supper that you eat. 21 For in eating, each one goes ahead with his own meal. One goes hungry, another gets drunk. 22 What! Do you not have houses to eat and drink in? Or do you despise the church of God and humiliate those who have nothing? What shall I say to you? Shall I commend you in this? No, I will not." to "On the night he was betrayed.." to "33 So then, my brothers, when you come together to eat, wait for one another— 34 if anyone is hungry, let him eat at home—so that when you come together it will not be for judgment."

That is, the Lord's Supper is a full meal, to the ritual we are more familiar with, to more instructions about what appears to be a larger meal, the overlooking of the hungry being the source of judgement.

"And if there is one to be found who is not sitting in his place let the deacon who is within, rebuke him, and make him to rise and sit in his fitting place ..." Sounds like assigned seating, much as we had in grade school. I really cannot support this idea.