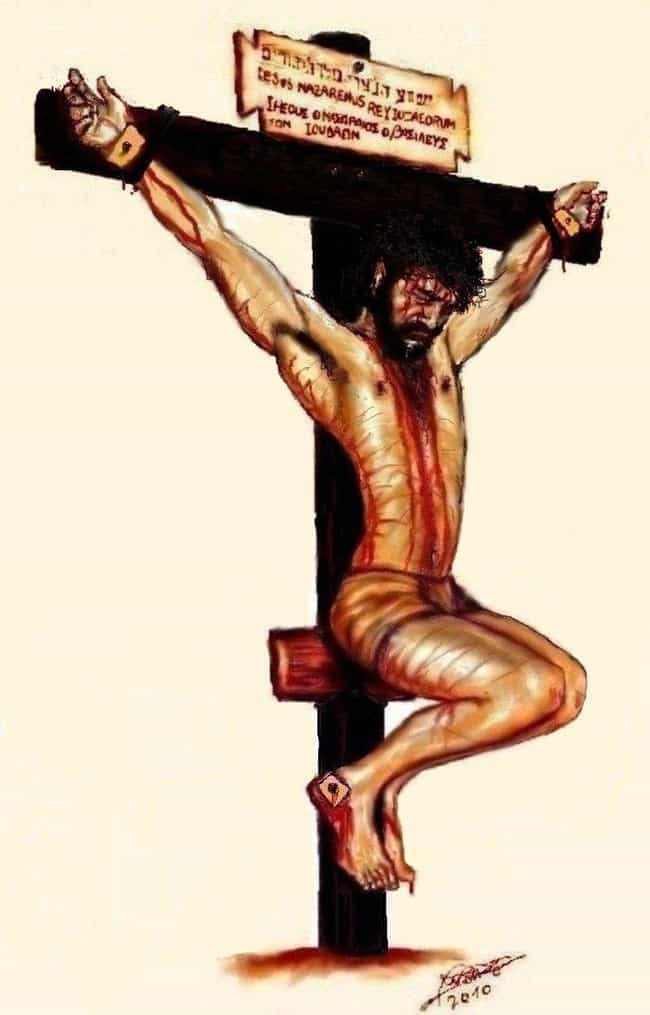 I will never forget when a parishioner looked at a crucifix I had put up with shock and disgust, saying That is ugly.  Well, yes, it is ugly.  No cross was or is pretty.  We have cleaned up crosses and turned them into things of beauty but the reality is that the cross was never meant to be pretty.  It is the place where sin was borne upon the shoulders of the sinless -- a beautiful act of redemption but hardly a beautiful sight to behold.  The disciples ran in fear.  Only a few women and blessed St. John could stick it out before the cross.  It was ugly, to be sure.  But what do you expect???

We need to see the ugliness of the crucifix, the brutality of the scars, and the pain which our Savior bore to redeem us sinners from all our sins, repair the breech between us and the Father, and bring us home to His dwelling place.  Nobody puts up a crucifix because it is pretty.  Profound, yes, and awe inspiring but not pretty.

When St. Paul insisted that we preach Christ and Him crucified, St. Paul had in mind exactly that brutal and shocking image of Christ, the holy and righteous Son of God, wearing the ugliness of our sin and being obedient even to death on the cross to rescue us sinners by His blood.  We have a far too idealized image of the cross -- one without a body or blood or shame (earthly shame, that is).  Cursed is he who hangs on a tree, says the Word of God.  His visage was so marred that He could not be seen without cringing, says the Scripture of Him who would suffer and die upon a cross.

Nope, we have made the cross something it never was -- pretty.  But in doing so we rob the cross of its glory and we distort the profound character of the Gospel that Christ died for us while we were sinners and His enemies and not because He found something good in us or we deserved any of His redeeming love.  We want a happy Jesus but this happy Jesus is a fake Jesus.  The Jesus whom God reveals is the suffering servant of Isaiah, the wounded Messiah long promised, the flesh born to die, and the death that kills death once for all.  It is not pretty or beautiful but it is compelling and, if the Spirit is at work in us, we cannot but look upon that cross in wonderment and awe.  Who would do such a thing, bear such a price, and deliver such an unworthy people?  Only Christ, the Son of God, who was in plan for just that moment from the foundation of the world.

There are representations of the cross that are extra life-like (should I say death-like) and they are hard to look at but to look away is to miss the most eloquent love ever revealed on earth -- that Christ should die for you and me and for the sake of the whole world save us from the sin we had grown so accustomed to and so comfortable with!  We make friends with death but cannot look upon suffering and God hates death and bears the suffering of the whole world to release us from its curse.  Can anyone explain that?  No, no one can.  But we can believe it and rejoice in the power of such love.  And if we can do that, perhaps we will learn to find beauty even in suffering.
Posted by Pastor Peters at 6:00 AM

Thank you for that very compelling post on the Crucifix. It should be a wakeup call to those Christians who take the Corpus off the Cross with the explanation that they don’t worship a crucified Jesus but a resurrected one. I find that explanation both childish and insulting at the same time. I’m glad that Luther did not do away with the Crucifix as it does stand in contrast to the watered down versions of Christianity that we are plagued with.

Yes, we Lutherans need to re-think why we have the empty cross in so many of our Lutheran congregations. It seems as if Good Friday must be rushed over and quickly go to the resurrection. But the "ugly cross" is indeed a priority and we need to focus on the cost of our salvation. Dietrich Bonhoeffer addressed this when he spoke of "cheap grace".

For those who want to learn more about the place the crucifix played in the piety and confession of Reformation and post-Reformation Orthodox Lutheranism, this is THE book:

A Magnificent Faith by Bridget Heal

Dr. Heal's research proves beyond any shadow of doubt that the Crucifix was THE confessional sign, image, sculpture and church decoration that was associated more closely with Confessional Lutheranism than any other church body. It utterly destroys the much-cherished myth in our circles that the crucifix is "too Catholic" ... in fact, just the opposite.