Guardians but not inventors. . . 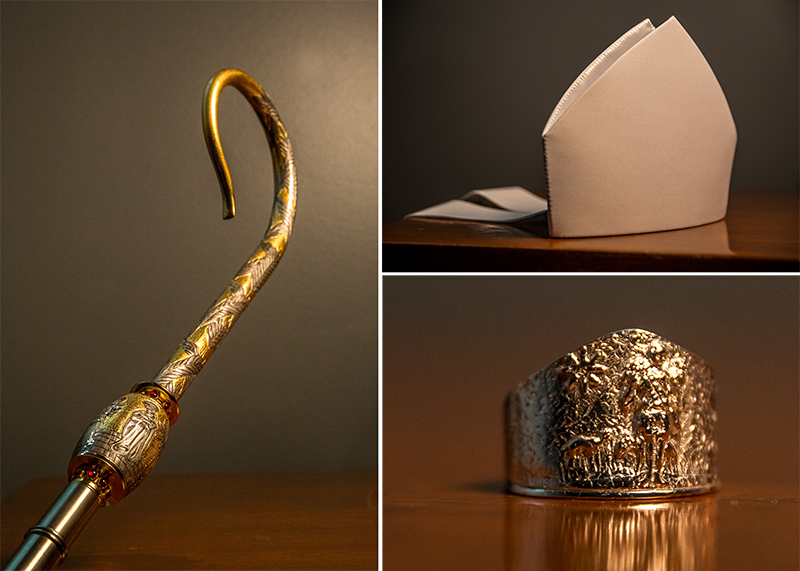 The pope and the Magisterium may guard the truth, but they do not establish the truth.  That is, of course, not only true of Rome but of all churches and those who exercise episcope within those communions.  The structures of the ministry and even the liturgy itself were not created to invent or evolve or even to establish truth but to preserve, defend, guard, and pass on the truth to those who come after.  Their faithfulness lies not in their invention of or creativity toward but in their preservation of the truth -- both in terms of doctrine and practice.  Somewhere we have forgotten this and presumed that preservation and passing on the once for all truth is somehow not as noble or exciting as inventing that truth.  So some have presumed that the pope, for example, is not only as the guardian of that truth but having the power and, indeed, the duty to change the faith in order to preserve the Church.  This is just as some Lutherans insist that in order to survive we must change what we believe and how we live out that faith in the Divine Service.  They have forgotten their sacred duty is not to change what God established but to pass on the sacred deposit just as they received it.

Apostolic succession is supposed to be a guard against heresy and apostasy but in reality there has been no guarantee that bishops as a structure or office are themselves any guarantee of orthodoxy of doctrine and practice.  Anglicans have certainly preserved the office and all its ceremony but that has not done much to preserve catholicity and orthodoxy within Anglicanism.  Rome has found its own failures and failings in the sexual abuse scandal, in the Cardinal Danneels and hia own failure in Belgium and the German bishops and the shell of a church they have passed on to those who follow them.  Even Orthodoxy has had some clingers and the episcopal structure has not prevented a Western oriented Orthodoxy among some or the confusion of a Western Rite that lives side by side the Eastern Rite.

Lutherans have had the same problem.  There are those who are ordained to preserve the faith by their faithful exercise of the ministry of the Word and the Sacraments who have, for all intents and purposes, set aside the means of grace in view of man-made programs that essentially bypass the instruments by which the Lord establishes and preserves the faith for questionable pursuits that tend to elevate culture and preference over the Word of the Lord that endures forever.  Certainly we saw this unfold in the ELCA when, by their own admission, they set aside Lutheran and catholic belief and practice to embrace the GLBTQ agenda.  Less obvious but still as pernicious is when adiaphora becomes the cover for abandoning the Divine Service and when the pursuit of relevance is placed above the liturgical identity that more completely reflects the doctrine believed and confessed.
Posted by Pastor Peters at 6:00 AM

The bell is ringing!! "Bishops"

Jesus Christ is the same yesterday, today, and forever.
As 21st century Christians, God has revealed Himself on
the pages of Holy Scripture, and that is our foundation
for faith.

"Missourianism, we do not hesitate to say, is Lutheranism in its purest form. It subscribes with full assent and without reservation to all the confessional documents of Lutheranism as found in the Book of Concord of 1580…Missouri Lutheranism is the most outspoken voice in Christendom today for the verbal inspiration and literal truth of the Scriptures and for all other fundamental teachings of Christendom. There are in its midst no divided opinions on such fundamental questions as how the universe came into existence and whence man is. It does not treat with silence or with diplomatic evasions any plainly revealed doctrine of Holy Writ. It does not consider as open questions such matters as are clearly set forth in the Scriptures. It straddles no fundamental issues. Having weighed the religion of the lodge on the scales of divine truth and found it wanting, it does not hesitate to declare its conviction that no one can be a consistent Christian and a good lodge member at the same time. Missourianism is outspoken in its condemnation of Romanism, its opposition to sectarianism, and its renunciation of worldliness in any form. It refuses to enter into compromises with the enemies of the truth and will join in no unionistic agreements with those who teach doctrines contrary to the faith once delivered to the saints. Missourians do not claim that there are no laggards among them, that all things are as they ought to be in their midst. But Missourianism is what it is because it makes earnest and consistent efforts to practice what it preaches. It addresses itself more diligently and effectively to the activities committed to the Lutheran Church than any other division of that church in the world. Faithful to the charge of bringing up children in the nurture and admonition of the Lord, it surpasses any other denomination in Protestantism. It does not indefinitely tolerate departure from the divine rule of faith and life. It bears with the weak, but it will not bear with the willful offender. Briefly stated, Missourianism is consistent Lutheranism in doctrine and practice, no more, no less…It is its much maligned narrow mindedness which had made Missouri strong; for while it has indeed been a thorn in the side of all false prophets and their disciples, of all advocates of dishonorable compromises between truth and error, of all champions of worldliness within and without the Church, it has found particular favor with God, as may be seen from the abundant success with which the work of Missouri has been blessed. However, Missouri has become what it is through no merit of its own. Possessing the whole collection of divine revelation in their full truth and purity is not a result of human achievement, but a gift of undeserved divine mercy. Nor is there any personal merit in the consistency with which Missouri has practiced what it preached. Synodical conceit and self-praise would be the first steps in a movement which must eventually lead to a complete loss of everything true Lutherans hold dear. Missouri Lutheranism is God’s own handiwork and Missouri’s consistency is a divinely bestowed gift. Only as we humbly confess sour own unworthiness, gratefully acknowledge the mercy of Him by whose grace we live and are what we are, and faithfully administer what has been entrusted to us, will we Missourians continue to enjoy Lutheranism in its highest form.” (Karl Kretzschmar, 1926)