Amusing ourselves to death -- literally 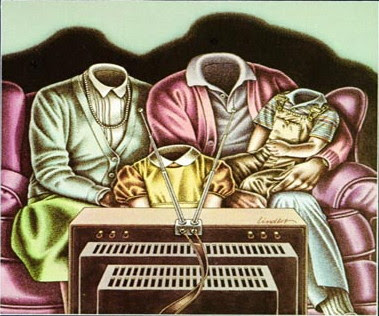 From the Bishop of the Anglicans in Norwich who turned their cathedral into an amusement park:


God would be “revelling” in the joy a “glorious” helter-skelter has brought to Norwich Cathedral, its bishop has told his congregation from its slide.  The fairground ride had been in the nave of the cathedral for 11 days.  It was intended to give people a different view of the building, although some accused the cathedral of “making a mistake”.


The Bishop of Lynn, the Rt Revd Jonathan Meyrick, delivered his sermon from halfway up the ride.  “God is a tourist attraction,” he told his congregation during the cathedral’s final service with the helter-skelter as a backdrop.  “God wants to be attractive to us… for us to enjoy ourselves, each other and the world around us and this glorious helter-skelter is about just that.”


The bishop had climbed to the top of the helter-skelter before edging halfway down the slide, where he stopped to deliver his sermon.  He then received a loud cheer as he whooshed to the bottom.  “Enjoying ourselves is a good thing to do and God will be revelling in it with us and all those people who have found fun and joy and laughter here,” he said.

Enough has been said about the folly of making God's House into a fun house.  I will not pile on to the stupidity of such a move.  Instead I want to focus on how the Bishop has tapped into the modern idea of God -- the therapeutic moralistic deism kind of God -- who has no more noble intention than our amusement and no more noble goal than making us happy at any cost.  This is certainly in step with the zeitgeist but it is very out of step with the Lord.

We have, even within the Christian community, adopted the idea that amusement is the highest purpose and the most noble goal of life.  As if this were not scandal enough, we have presumed that the same is true for the mighty Lord who is God above all.  Amusement and entertainment, pleasure and whim represent, in this view, not a distraction but the central focus of this mortal life.  Marriage and work, children and community, nation and society all are subservient to overall goals of amusement.  Redemption's ultimate purpose is to set us free to pursue such amusement and to pursue such happiness.  In this view the Church exists for this alone and worship becomes a mere tool of such pleasure.  Under it all is the equally scandalous presumption that God is happy when we are happy and His work is directed toward this goal, if not exclusively at least primarily.

But is this not exactly the weakness exploited by Satan in the Garden when his questions to Eve presumed the same thing.  Does not God want you to be like Him has become does not God want you to be happy.  They are not far from each other.  To seek such happiness above all things is the path not of God's will and purpose but the desire of the sinful heart.  God ends up watching us like a parent who belly laughs at his son or daughter amusing himself or herself.  And some Christians cannot see how this is not good, right, and salutary.

In the end, the cathedral has placed Eden's fall front and center, not to expose it for what it is but to laud it as the best thing for us.  In the end the bishop has forgotten that underlying God's saving work is His will and desire that we should be holy as He is holy.  In the end, the world is not so much applauding God as it is sighing with relief that holiness and righteousness can be cast aside without guilt or fear.  Amusement, happiness, and pleasure can be given prominent place in what God desires for us, we desire for ourselves, and what the Church exists to encourage.  Redemption ends up being rather an afterthought in such a scheme.  And if that is the cast, Satan must surely be laughing -- amused by the way churches have adopted his modus operendi as their own business principle.

"Enough has been said about the folly of making God's House into a fun house. I will not pile on to the stupidity of such a move."

Oh, but there are more examples of turning God's House into an apostate loony bin. For example, in New York, the Union Theological Seminary held a chapel on Tuesday where members confessed their sins to plants placed in the center of the chapel.

The seminary responded to complaints by explaining that they were following through with the task of "develop[ing] new liturgies by which to mourn, grieve, heal and change in response to our climate emergency... We couldn’t be prouder to participate in this work [of progressive theology]."

The Church of England is completely apostate. They have lost the Christian faith, and casting about for a substitute. In that situation, there are no boundaries.