The funeral as religious barometer. . . 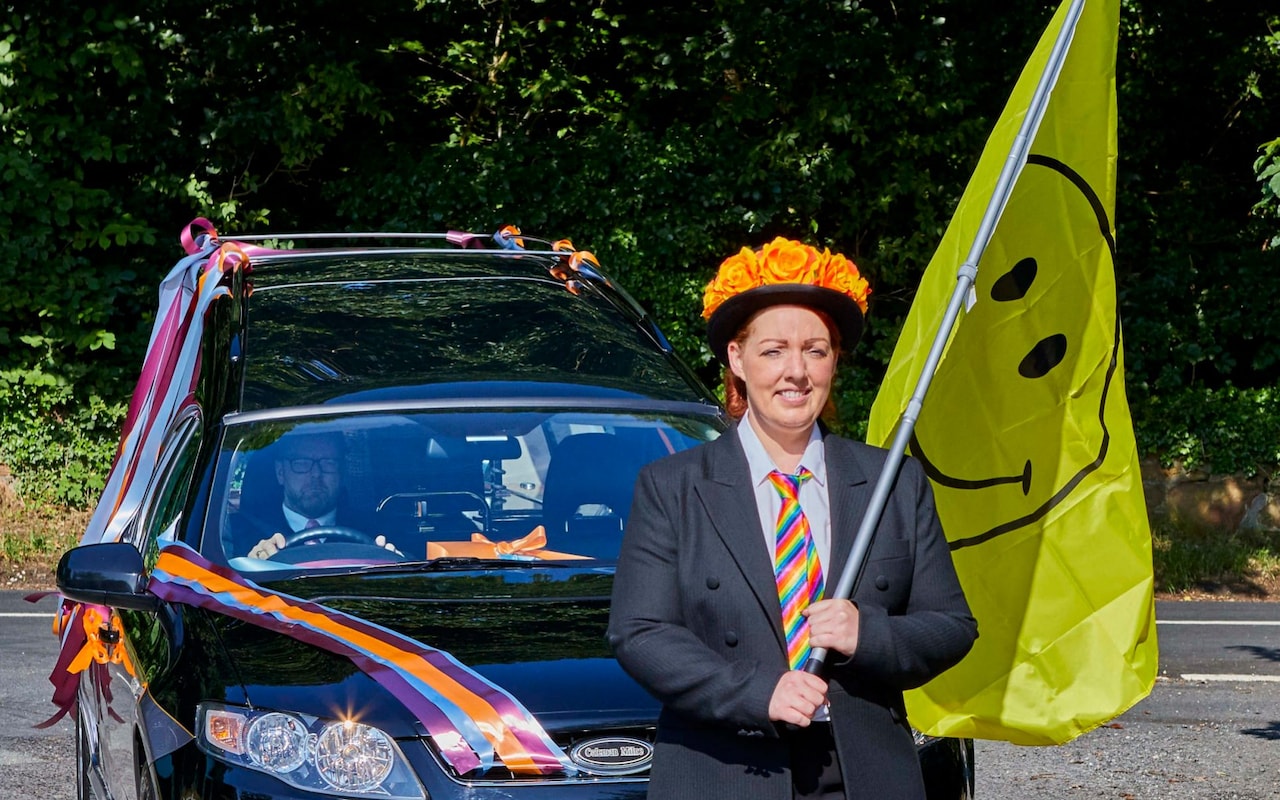 One of the ways to chart the religious decline in a nation is not only church attendance but how people typically deal with death.  Take England for example.  Eight-years-ago 67 per cent of people requested traditional religious services with but 12 per cent choosing a non-religious funeral. Last year (2018), just 13 per cent opted for a religious funeral and the vast majority chose a secular remembrance of their death with rites and ceremonies of their own choosing.

America is always well behind other countries when it comes to such trends but the same trend can be seen among us as well.  More and more Christians are opting for a Celebration of Life in which happy and nostalgic remembrances replace the funeral rite with its focus on the hope that is in us in Christ.

The religious funeral is dying a rather quick death in England with more and more Britons are opting for increasingly secular and, well, rather quirky ways to mourn their dead.  Instead of people dressed in  black with pallbearers marching in unison and the somber tone of grief and tears among the mourners in crematoriums, churches and cemeteries, the British are expressing their grief in more personal ways.  In the vast majority of cases, it's no longer in a traditional funeral service.  According to the largest provider of funeral services in Briton, funerals now represent the unique life an individual has lived. They are seeing requests for wonderfully personalized ceremonies, whether that be on the 18th hole of a golf club, or having a pet dog present on the day. The choices are endless, it would seem, and few requests are considered out of bounds.

Americans have turned their funeral homes into places for more than viewing the dead.  Increasingly they have become venues for the same kind of personal expressions of grief and remembrances of the  life of the deceased without benefit of church, rite, or Scripture.  Even among so-called Christians!  It is one more way in which we as a nation find ways in which the faith has become increasingly distant from the ways in which we see ourselves or understand life in general.
Posted by Pastor Peters at 6:00 AM

Great insights into Christianity in America as evidenced in funeral rites. In order to determine what a church believes about Christ and salvation, attend a funeral and listen to the hymns, liturgy, and sermon. It will soon become apparent what they teach and confess about Christ and eternal life. Thank you for your keen observations as we contend for the true faith.

People will attend a more secular Celebration of Life and come away thinking, "That was really nice! I'm going to talk to my siblings about doing such a service when Mama and Daddy pass away." That is what I have observed happening in families and why not? The deceased has departed this world, let the family put together a way to smile through their tears. There is a funeral home in my town that built a big new chapel and if a family member wants to bring a pet dog that the deceased had known and loved, why not!
Mabel