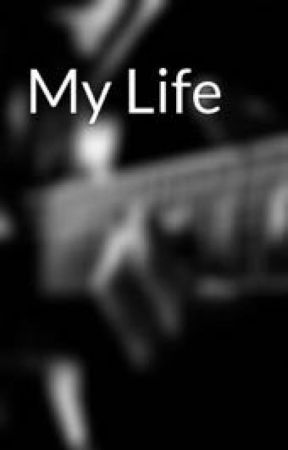 One of the things we learn from God after the Fall of Adam and the banishment of Adam and Eve from Eden is a hard lesson.  That is the truth that there is no goodness that is not born of or lead to suffering.  That is the plight of the world post Fall.  Of course, the cross is the prime example of this but we are called to take up the cross and follow Jesus and warned not to expect smooth sailing but rejection, persecution, and even death.  We, however, reject this path in order to follow the path of least resistance and adopt the lure of the illusion of an easy life.  We are shocked when suffering happens to us.  It is not fair, it is not right, and it is not just.  Did not Christ suffer so that we would not?  It is not God's duty to insulate us from the pain of suffering and help us find the hidden way to love without cost, happiness without sacrifice, and life without service.  Sure, we know better (and so guilt is born) but knowing with the mind that something is true does not translate into changing the desires of our hearts.

Our desire to find a path without suffering is, in part, the reason why we seek a "Christian" society or nation in which morality has the force of law and culture is either an unwitting or intentional ally.  If we have a society in which common values and goals are shared between church and state, then it is less likely we may be asked to give up anything for the sake of faithfulness or sacrifice anything for the sake of a larger good.  But a culture in which “Christianity” dominates through force and majority rule may not be one of great virtue but merely a reflection of the ordinary truth that the strong rule the weak.  In the same way, the faith is not triumphant when sacrifice or suffering is excised from the walk of faith.  Neither faith nor the Church is made stronger when the way is eased for a more comfortable Christianity.  In order for lives to change, hearts must change and with this change must come the willingness to suffer for the sake of doctrine and practice of the faith. The heart does not have to change if behavior is enforced by fear of punishment.  So the path of Puritanism ended up with laws ruling but hearts still filled with wrong desire.

What we have forgotten, the early Church knew only too well.  If a Christian walks in the way of the Cross, suffering will ensue.  The faithful must be prepared to lose, at least as the world counts it, in order to be faithful.  This is clearly what Christ teaches.  Today we find ourselves in a world in which faith has been manipulated into a means to get what you desire out of life and where the sign of God's blessing is to resolve the problem of suffering and relieve the person from loss.  In the early Church, the stories of the faithful were the accounts of martyrdom in which the threat of death did not shake the resolve of the faithful to remain true to Christ.  The heroes of these early years were not those who found accommodation but those who suffered all rather than fall away.  In contrast, today we celebrate the rich and famous, the sports figures and entertainers, who seem to be able to have it all and to do is their way.  In this scenario, however, the Church is hardly different than the world around her and resembles the creation of Christ's blood hardly at all. There was, after all, a reason why the earliest canonical heroes (saints) are mostly martyrs.  While we may idealize such devotion today, none of us wants to be placed in the cross hairs of such a choice.

The Gospel does not make us into better consumers but teaches us to sit in the lower place, to serve as Christ has served us, and to suffer gladly with Christ in confidence of the great reward that this world may not see or know.  God is not where suffering is absent but hidden in suffering.  Someone said to me years ago that if you are not covered in blood you are not standing close enough to Jesus.  While rather crass and blunt, the point is well taken.  Jesus did not promise us a rose garden but He did warn us of the rejection, persecution, imprisonment, and death to come for those who seek to know Christ and Him only.  Our life does not manifest worldly marks of success but flows from the Cross and the Cross alone.  Is this not what the Benedict Option is about?  Is this not a challenge to the kind of institutional Christianity in which God's job is to make us so successful and happy that the world will want to know what makes our lives so rich and so easy?  Luther's theology of the cross is not cliche or slogan.  It is the way of Christian life.
Posted by Pastor Peters at 6:00 AM

Coincidentally today, another viewpoint on society and Christian moral values was given by Dr. Gregory Seltz, Executive Director of the Lutheran Center for Religious Liberty:

"In talking about religious liberty in my travels around the country, I’m often faced with the charge that conservative, Bible-believing Christians may deserve the public attacks presently heaped upon them from politicians and the media because we’ve gotten too political. Many have also been led to believe that the Church’s stance on various moral issues is divisive and intolerant just because we disagree with the present libertinism of the day. After two years in Washington D.C., I can say with confidence that such a charge is unwarranted....

"Sadly, the truth of the matter is this: The kinds of attacks that Christians are enduring in our culture today are coming from a powerful, mean-spirited, secular elite. As the smearing of Supreme Court Justice Brett Kavanaugh has demonstrated, it doesn’t matter if you are a clean-living, mercy-giving, empathetic, and gentle-spirited Christian. The new ethos seeking to dominate Washington, D.C. and the rest of the country is one that demands that the Christian worldview be expunged from public dialogue and public expression....

"Now, you might think, 'What’s the big deal?' If people want to live a different way than prescribed in the Bible, can’t we just let them be? But that’s not the problem. The problem doesn’t lie with Christians in the public square forcing their view of marriage or sexual practice on others. The censorship problem lies with those who are advocating for and politicizing all forms of sexual expression, while allowing for no dissent or disagreement. We’re not too far away from government empowered 'equal rights' compliance officers being unleashed on Christian businesses, schools, universities, and, yes, even churches."

Thanks for posting this statement from Dr Seltz. Now, if only if could be read from every pulpit of every LCMS church.