The big picture and many smaller ones. . .

The numbers are in and the Lutheran Church Missouri Synod is smaller today than we were last year and it is not something we can blame on COVID.  In 2020, we counted 1,861,121 baptized members; in 2010 we counted 450,00 more or 2,310,235.  So we lost a Wisconsin Synod and five or so Evangelical Lutheran Synods thrown in.  To put it into perspective, over the last decade we lost nearly 1 out of 5 people.  Not good news.

The health of the denomination, however, is not simply the numbers.  It lies in the congregations reporting those numbers.  Some of that loss represents people who were not really ours in the first place.  Congregations clearing membership rolls generally are pretty patient and lenient about who and when to remove names.  Chances are most of those lost to us in this decade were already headed out the door the decade before.  Some of that loss represents a population shift.  Rural areas continued their decline along with city centers.  We have talked about renewal for a long time but soon we may not have much left to renew in the rural parishes that were once our solid base and the urban congregations that were once quite large.  The other problem lies with suburban parishes that have declined for a host of reasons.  In some case, neighborhoods changed and the congregation did not.   In other cases the congregation suffered conflict and division that scarred the life of those left and hindered the welcome of new folks.  In other cases there was a failure that contributed to the decline -- pastors failing to catechize, parents failing to instill the devotion to the faith in their children, congregations failing to take advantage of opportunities to go after new folks.  There is enough blame to go around.  What it all means is that there is no one answer.  Well, there is one answer, but we don't want to hear it and it is not the only reason for the decline.

Our people are not having babies.  The big number declines is in the number of infants baptized which obviously led to a decline in the number of youth confirmed.  Again, people will laugh and ridicule this but the reality is that we always grew at least as much by having children as we did by bringing in new people.  No segment of the American population is having babies.  Everyone of them is in decline.  The answer is not only to have more babies (that would not hurt!) but to keep the folks we have.  Faithfulness on the part of pastors and parishes and the folks in them is key.  But you cannot keep those you do not have. 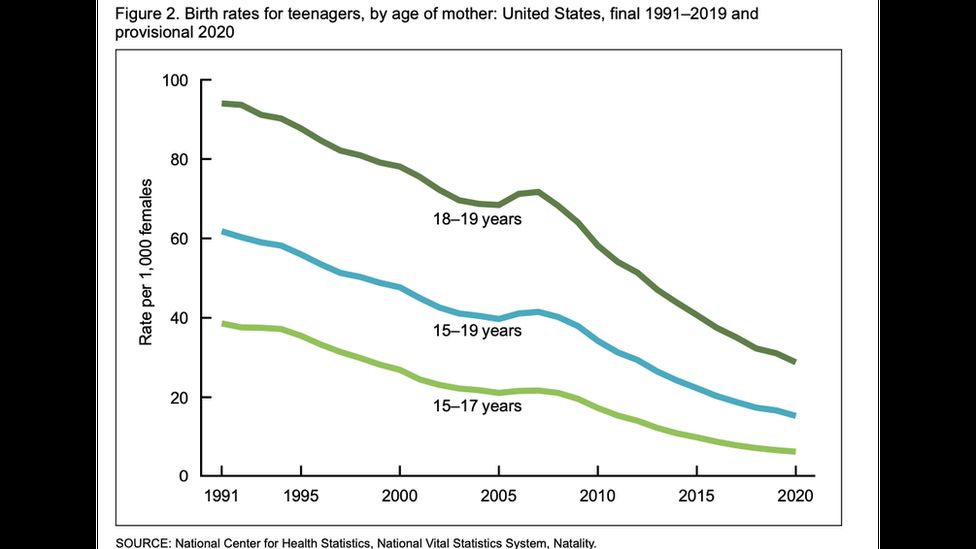 The American birth rate fell for the sixth consecutive year in 2020, with the lowest number of babies born since 1979. The U.S. birth rate fell 4% last year, the largest single-year decrease in nearly 50 years!  It dropped for moms of every major race and ethnicity, and in nearly every age group.  Though births have been declining in younger women for years, birth rates for women in their late 30s and in their 40s have been inching up. Not last year.  Not even with the help of COVID 19 and a lock down.  CDC reports this on the basis of birth certificates issued so it is incontrovertible evidence.  In 2020, the general fertility rate in the US was about 56 births per 1,000 women - the lowest rate on record and about half of what it was in the early 1960s.  For a generation to exactly replace itself, this number must be at or above 2.1; today, the US total fertility rate sits at 1.6 - another record low.

Like the population of America, the numbers of LCMSers is aging.  So either we all jump on the elusive young family or we acknowledge that some of our future consists in reaching those who have gray hair.  There may be places where young families will be more significantly represented (like my own parish with the large numbers of young military families in our community) but in most places that will not be the case.  So, gray haired Lutherans, do you know other gray haired folks who are not attending church?  Now is the time to spread the Word.  Literally.

To be sure, the numbers of abortions have dropped some as well but think what a difference there would be to the figures overall IF there were no abortions and all those children had been born!  Perhaps the answer to the abortion problem is to admit that we need those children and cannot allow those precious lives to be lost to us.  Could it happen?  Maybe.  Will it happen?  Probably not.  We are still in love with the ideas of personal freedom and nothing is more sacred to the most progressive groups in America than reproductive freedom.

I guess the climate change people are happy -- even though their grandmothers and grandfathers might be the ones serving them at the drive thru at McDonalds or Starbucks.  But the rest of us should be sad.  We live in a time in which we have presumed too much and repented too little of our selfish lives in which we treat children as toys and dismiss the value of the family.  The reality is that the future does not simply look bad for the LCMS but for every Christian church.  Radical faithfulness is what is needed most -- radical faithfulness in the home and at church.  There are many smaller snapshots of what is going on around us and a big picture, too.  But underneath it all is the price we pay for divorcing sex from love, love from marriage, children from marriage, and happiness from love that sacrifices.

The massive influx of illegal aliens currently underway will surely skew the statistics you cite. This blatant disregard for rule of law and national security will have long lasting effects on our national complexion, mostly deleterious. Perhaps the LCMS could use this abomination as an opportunity to evangelize this population.

"The reality is that the future does not simply look bad for the LCMS but for every Christian church."
It's not true in our church. So "every" should be changed to "many or most"