A sermon, a sonnet, and some stanzas...

Accordingly, dearly-beloved, throughout this time which elapsed between the Lord's Resurrection and
Ascension, God's Providence had this in view, to teach and impress upon both the eyes and hearts of His own people that the Lord Jesus Christ might be acknowledged to have as truly risen, as He was truly born, suffered, and died. And hence the most blessed Apostles and all the disciples, who had been both bewildered at His death on the cross and backward in believing His Resurrection, were so strengthened by the clearness of the truth that when the Lord entered the heights of heaven, not only were they affected with no sadness, but were even filled with great joy. And truly great and unspeakable was their cause for joy, when in the sight of the holy multitude, above the dignity of all heavenly creatures, the Nature of mankind went up, to pass above the angels' ranks and to rise beyond the archangels' heights, and to have Its uplifting limited by no elevation until, received to sit with the Eternal Father, It should be associated on the throne with His glory, to Whose Nature It was united in the Son. Since then Christ's Ascension is our uplifting, and the hope of the Body is raised, whither the glory of the Head has gone before, let us exult, dearly-beloved, with worthy joy and delight in the loyal paying of thanks. For today not only are we confirmed as possessors of paradise, but have also in Christ penetrated the heights of heaven, and have gained still greater things through Christ's unspeakable grace than we had lost through the devil's malice. For us, whom our virulent enemy had driven out from the bliss of our first abode, the Son of God has made members of Himself and placed at the right hand of the Father, with Whom He lives and reigns in the unity of the Holy Spirit, God for ever and ever. Amen.  Pope Leo the Great 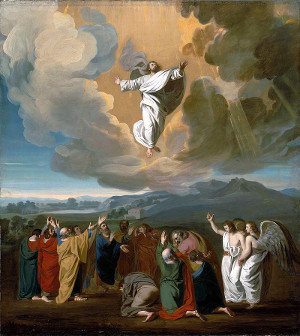 Salute the last and everlasting day,
Joy at th' uprising of this Sun, and Son,
Ye whose true tears, or tribulation
Have purely wash'd, or burnt your drossy clay.
Behold, the Highest, parting hence away,
Lightens the dark clouds, which He treads upon;
Nor doth He by ascending show alone,
But first He, and He first enters the way.
O strong Ram, which hast batter'd heaven for me!
Mild Lamb, which with Thy Blood hast mark'd the path!
Bright Torch, which shinest, that I the way may see!
O, with Thy own Blood quench Thy own just wrath;
And if Thy Holy Spirit my Muse did raise,
Deign at my hands this crown of prayer and praise.  John Donne 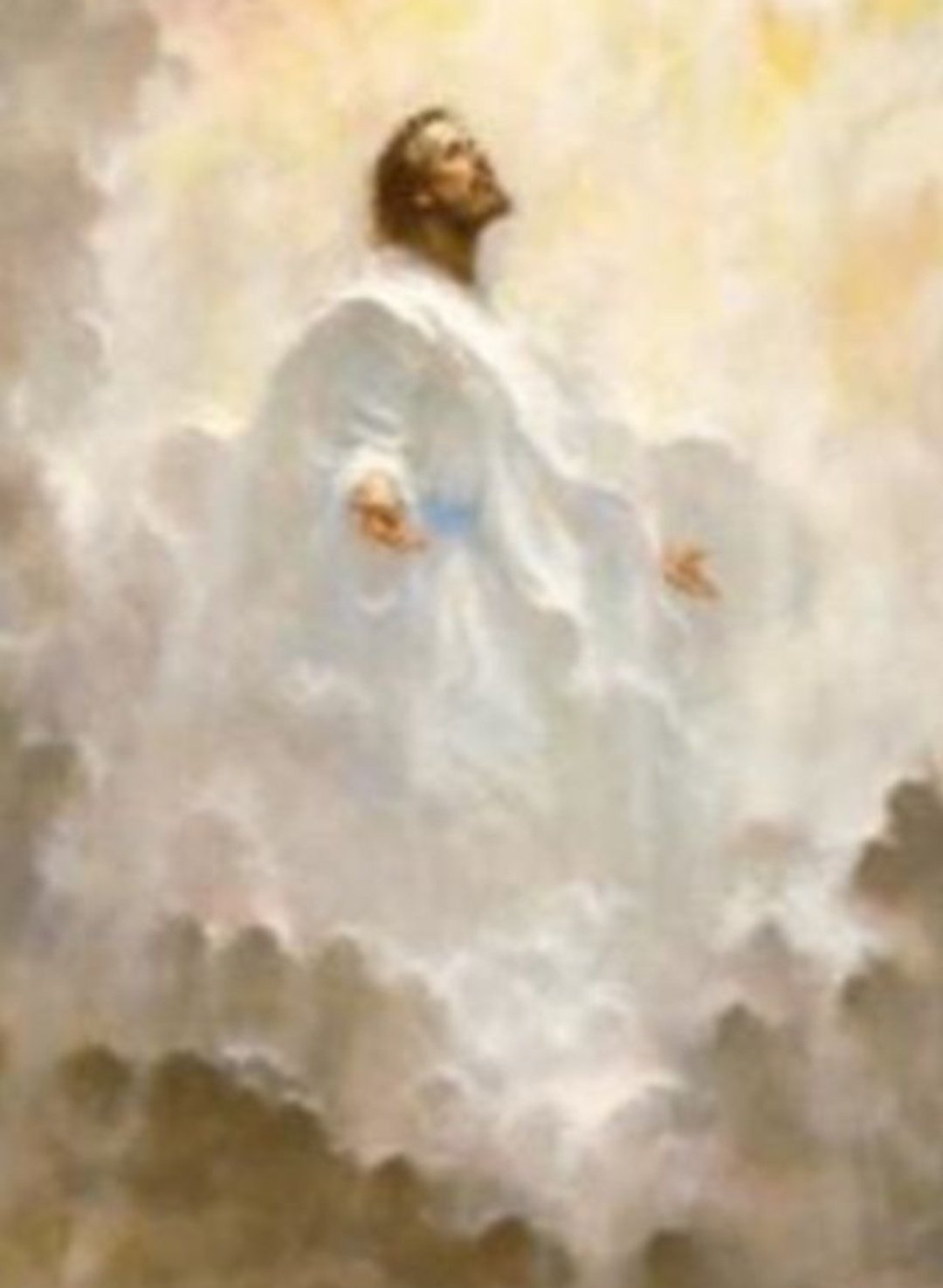