Religion is not to influence, except... 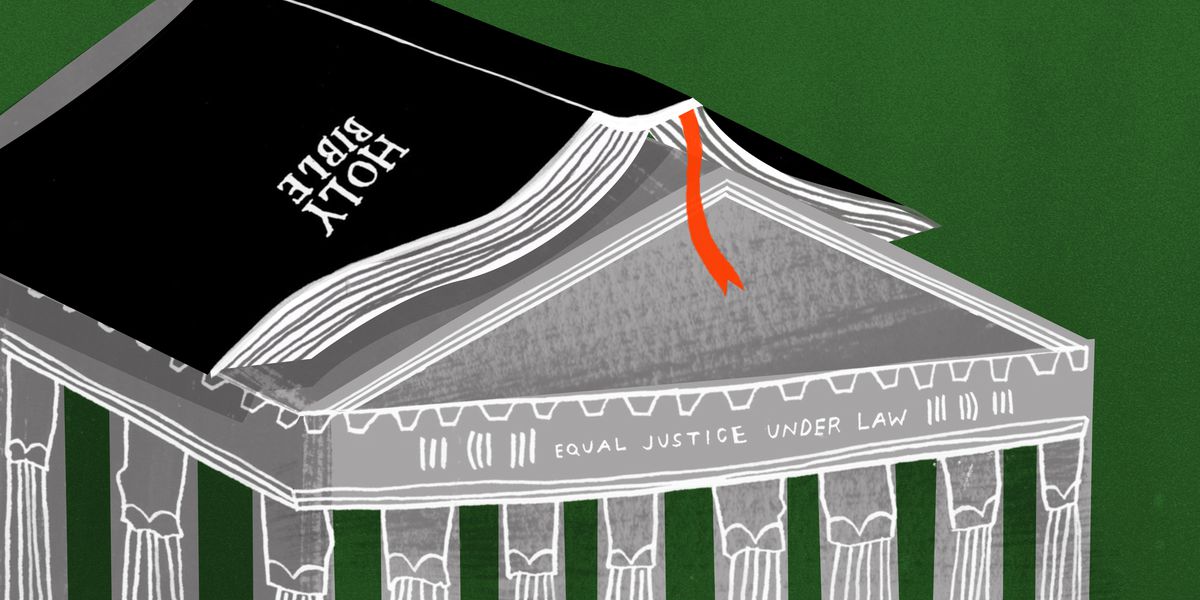 Now that the make up of the Supreme Court is seven Roman Catholics with two Jews, concern is voiced that the religious affiliation of the judges should not exert undo influence upon the decisions of the court.  However, that is exactly what under girded the original decision in Roe v Wade.  Then, however, in January of 1973, there was one Catholic on the bench, three Episcopalians, three Presbyterians, one Methodist, and one Lutheran (at the time LCA).  That is to say, all but one of the judges were mainline Protestants.  Oddly enough, the Lutheran (Rehnquist) and an Episcopalian (White) dissented but all the rest, including the Roman Catholic concurred in the majority opinion establishing abortion as a right.  While these jurists are loathe to admit it, it was exactly the liberal Protestant views that predominated in the minds of the majority -- so much so that it was surprising and shocking to them that anyone disagreed!  They had presumed that their own religious ethos was the mirror of the nation and it had not even occurred to them that they were not reflecting a commonly held ethical and moral position.

So what has changed?  In part the denominations represented by those jurists in 1973 have become a toothless tiger of a mainline Protestantism with a past but not much of a future.  The United Methodists are disuniting, the Presbyterians have divided many times already, the Episcopalians are a shell of their former self, and Rehnquist would not even recognize the Lutheran denomination that was once his home.  The most vibrant forms of Christianity in America are in the fundamentalists, the evangelicals, and, most surprisingly, in Roman Catholicism.  They are the voices who have arisen to challenge the once vaunted moral consensus that produced a Roe in the first place.  Furthermore, even the nones who claim no formal affiliation are not quite fully on board the whole idea that the life in the womb is neither a life nor worthy of any guarantees.

Of course, abortion will continue to be debated and will keep on dividing Americans no matter whether the Court reverses itself or it does not.  That is because the debate is not simply about what ought to be legal but whether it is moral.  And the reality is that in America today, there is no larger moral consensus.  Situation ethics predominate -- informed by feelings and desires more than facts or rights or wrongs.  Even if it could be proved beyond the shadow of a doubt that the fetus is prescient, feels pain, and is fully human that would not alter the position of those whose drumbeat is my body, my choice.  It is no longer about a commonly held consensus of right and wrong or even about facts.  It is not even about religion and religious convictions.  How can you debate something when the only arbiter of truth or virtue is how one feels about something?  How can you expect to find consensus on abortion when we cannot even decide what it means to be a man or a woman?

So religion is not to influence the ethical values of the law except where they fit with the progressive viewpoint and liberal agenda that seems more than ever in control of our institutions and our opinions.  We cannot even see the conflict between my body, my choice when it comes to abortion or when it comes to a vaccine mandate so how will we see past the limits of reason to forge a new consensus of virtue and evil?  In the end that is our dilemma.  We do not know how to argue for or promote a common sense of values and truths greater than ourselves.  That is what was behind Roe and what will make the future of abortion less about resolution than about division still and more to come.  The mainline denominations were heralding the way for a Roe decision in 1973 but they proved to be unreliable and are fading fast from the scene.  The downside is that we have no idea what might or will replace them.  As the road sign warns, danger ahead.

If published over 160 years ago and if "abortion" were replaced by "slavery," this column might be just as applicable. Of course, the means through which a solution was eventually achieved back then is not one that would be desired again today.