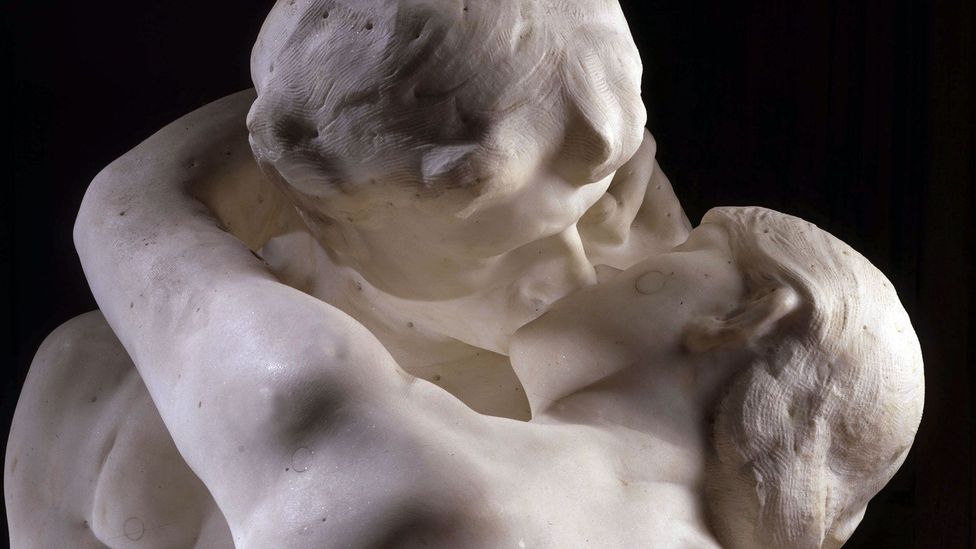 I like it when you stumble upon contrasts in Scripture.  For example, when Christ is born, there is no room available to the Virgin Mother and her soon to be born Son.  A small village is filled with an unexpected population boon due to the census.  So the Mother, Joseph, and the infant Jesus are consigned to the stable normally set aside for the animals.  But when Jesus makes His promise to us, it is a pledge of His Father's House in which there are many rooms.  Rooms enough for you and for me and for all who love His appearing.  From a world in which there was no welcome and no place, we find the surprise of God's welcome (Well done, good and faithful servant... enter into the joy of your Master) and rooms within His House where we are all with Him now and forever.

Now with Holy Week and Easter in the rear view mirror, it occurs to me the same contrast with the word kiss.  The Psalmist says “Kiss the Son, lest he be angry, and you perish in the way, for his wrath is quickly kindled. Blessed are all who take refuge in him” (ESV).  The phrase kiss the son  in the Psalm has different elements of meaning.  While it generally refers to affection, here it reflects an act or attitude of submission or obedience.  This is inline with other references, for example, 1 Samuel 10:1 where Samuel anoints Saul as king: “Then Samuel took a flask of oil and poured it on Saul’s head and kissed him, saying, ‘Has not the LORD anointed you leader over his inheritance?’” Also it occurs in 1 Kings 19:18 God tells Elijah, “Yet I reserve seven thousand in Israel—all whose knees have not bowed down to Baal and all whose mouths have not kissed him.” In both verses, kissing implies affection but is more a sign of allegiance or submission.

"Let him kiss me with the kisses of his mouth! For your love is better than wine" is what we read in Song of Solomon 1:2.  This is the distinct reflection of both affection and commitment born by the deepest of love.  "Greet one another with a holy kiss. All the churches of Christ greet you." says St. Paul in Romans 16:16 and echoed by St. Peter (1 Peter 5:14).  This combines the affection with faith and the reconciliation accomplished by Christ's blood and lived out within the fellowship of His Church.

Then there is this.  Jesus and the sinful woman in Luke 7 gives us the marriage of the affection of faith and its obedience and submission also in faith.

36 One of the Pharisees asked him to eat with him, and he went into the Pharisee's house and reclined at table. 37 And behold, a woman of the city, who was a sinner, when she learned that he was reclining at table in the Pharisee's house, brought an alabaster flask of ointment, 38 and standing behind him at his feet, weeping, she began to wet his feet with her tears and wiped them with the hair of her head and kissed his feet and anointed them with the ointment. 39 Now when the Pharisee who had invited him saw this, he said to himself, “If this man were a prophet, he would have known who and what sort of woman this is who is touching him, for she is a sinner.” 40 And Jesus answering said to him, “Simon, I have something to say to you.” And he answered, “Say it, Teacher.”

41 “A certain moneylender had two debtors. One owed five hundred denarii, and the other fifty. 42 When they could not pay, he cancelled the debt of both. Now which of them will love him more?” 43 Simon answered, “The one, I suppose, for whom he cancelled the larger debt.” And he said to him, “You have judged rightly.” 44 Then turning toward the woman he said to Simon, “Do you see this woman? I entered your house; you gave me no water for my feet, but she has wet my feet with her tears and wiped them with her hair. 45 You gave me no kiss, but from the time I came in she has not ceased to kiss my feet. 46 You did not anoint my head with oil, but she has anointed my feet with ointment. 47 Therefore I tell you, her sins, which are many, are forgiven—for she loved much. But he who is forgiven little, loves little.” 48 And he said to her, “Your sins are forgiven.” 49 Then those who were at table with him began to say among themselves, “Who is this, who even forgives sins?” 50 And he said to the woman, “Your faith has saved you; go in peace.”

While He was still speaking, a crowd arrived, led by the man called Judas, one of the Twelve. He approached Jesus to kiss Him. 48But Jesus asked him, “Judas, are you betraying the Son of Man with a kiss?”

Those around Jesus saw what was about to happen and said, “Lord, should we strike with our swords?” And one of them struck the servant of the high priest, cutting off his right ear.

But Jesus answered, “No more of this!” And He touched the man’s ear and healed him.

Then Jesus said to the chief priests, temple officers, and elders who had come for Him, “Have you come out with swords and clubs as you would against an outlaw? Every day I was with you in the temple courts, and you did not lay a hand on Me. But this hour belongs to you and to the power of darkness.”

The contrast between the kiss of the woman who anointed Jesus and Judas is meant to stand out.  And it should for us, as well.  The worst kisses of all are those feigned -- an act without faith or affection but betrayal.  Now that is something for us to ponder in our age.  I hear so many people and read their signatures that say Jesus first but Jesus is somehow hidden underneath mounds of affection for other things.  Sure, it is true of us all but it is especially true of those who absent themselves from the Lord's House and who seem to live quite comfortably without the gathering of the Lord's own around His Word and Table.  What does it mean to love Jesus and not love His House?